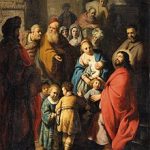 While children are precious, few of us would hold them up as examples to imitate.  But Jesus did. When He told His disciples they needed to convert, to become like little children, at once He dismissed the idea of a heavenly reward based on ability, nobility, or effort.  These are the measures men and women take of themselves and of one another, but God measures differently. In His place, the Church also prizes different traits, which is why so many of her saints fail to possess worldly accolades.  Among these, none are so quickly overlooked as are the Holy Innocents. 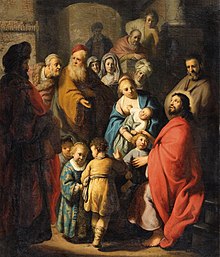 nts are the martyred children slaughtered by Herod when he sought to kill the Christ Child.  From their innocence, which Blessed John Henry Newman notes in his sermon, “The Mind of Little Children,” we can learn what Jesus meant by placing a child in the midst of the disciples and closer in nature than adults to the Kingdom of God.

Children begin in innocence.  They suffer no shame in running around without clothing on, dancing without rhythm, singing off key, falling and failing repeatedly.  Blessed Newman says a child’s actions are so foreign to adults that they seem like otherworldly creatures just come from the presence of God: “The simplicity of a child’s ways and notions, his ready belief of everything he is told, his artless love, his frank confidence, his confession of helplessness, his ignorance of evil, his inability to conceal his thoughts, his contentment, his prompt forgetfulness of trouble, his admiring without coveting; and, above all, his reverential spirit, looking at all things about him as wonderful, as tokens and types of the One Invisible, are all evidence of his being lately (as it were) a visitant in a higher state of things.”

As we age, many of us grow cold and bruised by so many hurtful encounters, greater temptations and sinful falls.  Our consciences, which at one time spoke clearly and loudly of truth, become quieter and less confident. Now, if at times we see ourselves as we are, we are afraid to be vulnerable for fear we will not be loved.

The Holy Innocents gave their lives for Christ before they reached the age of reason or understanding before all these fears crept in.  They came from the presence of God and returned shortly thereafter, having accomplished something we will spend our whole lives trying to imitate: the loving surrender and abiding trust in God our Father.  But make no mistake, there is suffering in surrender, and these were not excluded. Newman writes, “All who came near Him, more or less suffered by approaching Him, just as if earthly pain and trouble went out of Him, as some precious virtue for the good of their souls.” The Virgin Mary, and, next to her, St. Joseph, both experienced great sorrow at the death of the children in Bethlehem and fear for their Son.

Today we have the same call to surrender.  If we want to approach Him, we must approach Him as little children.  We must lay before Him all our faults, weaknesses, failures, imperfections, sufferings and temptations.  Humility and sincerity are the indispensable virtues of intimacy with God. St. Josemaría Escrivá, founder of Opus Dei and preacher of the universal call to holiness, has these words: “Just because we discover how fragile we are is no reason to run away from God…Open up your soul! I promise that you will be happy, that is faithful to your Christian way, if you are sincere…We have to open up our souls completely, so that the sun of God and the charity of Love can enter in.”

Why do we have to be this vulnerable?  Because God’s tenderness is so great, His mercy so deep, that He will not force our hand.  Well then, how can we do it? Only by acting like little children, which means we must trust our loving Father and, by extension, the shepherds He has given us.  Newman writes of the Church, “Now those who in the first place receive her words, have the minds of children, who do not reason, but obey their mother; and those who from the first refuse, as clearly fall short of children, in that they trust their own powers for arriving at truth, rather than informants which are external to them.” Here, too, we can learn from the Virgin Mary and St. Joseph, who promptly and wholeheartedly obeyed God.

Of course, children are still growing and developing and do not represent the highest form of humanity.  The mature Christian is striving to imitate Christ, but the humility, sincerity and trust that children exemplify should remind us to “beware of posing as a profound person – God became a baby.” (Oswald Chambers).  Especially during this month of May, let us entrust our hearts to our Holy Mother, who will teach us how to surrender to our Lord.