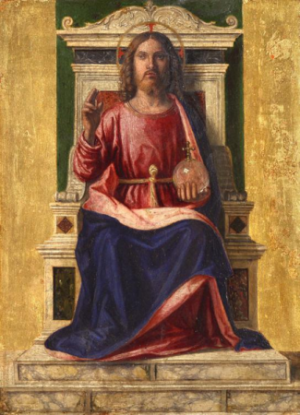 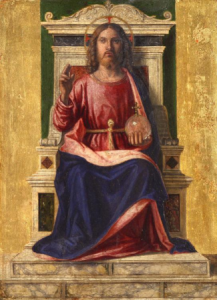 If we read the news, we hear of a world fractured and full of sin. We know that as countries engage in war, there is another invisible war taking place. From Blessed John Henry Newman we have learned that the world as created by God is good, but as it stands now is our enemy. If we are going to be on guard against the world, we have to know more about what the world is and who we are.

As members of the Church, Scripture contrasts us with the world, “We know that we are of God, and the whole world is in the power of the evil one (1 John 5:19).” But being opposed to the world does not mean we are separate from it at present:

“The Church is a body, gathered together in the world, and in a process of separation from it. The world’s power, alas! is over the Church, because the Church has gone forth into the world to save the world. All Christians are in the world, and of the world, so far as sin still has dominion over them; and not even the best of us is clean every whit from sin.”

Today, as others have been in ages past, we may be tempted to run from the world and form separate communities. Certainly there is a place for the monastic calling, but no community should operate under the illusion that is otherworldly, or does not also resemble society in “holding and maintaining many errors, and countenancing many bad practices. Evil ever floats to the top.” We cannot escape the world, simply because the world is in us, too.

This world within us is clearly visible. In fact, Newman asks why the good side of us Christians is seen less than the worldly side, and he answers with three reasons. First, there is plainly less good than bad in us. Second, “because evil forces itself upon general notice, and good does not.” In other words, sin makes the headlines. And third, because only God sees man’s heart, but men see only other men’s actions: “And since there are numberless ways of doing wrong, and but one of doing right, and numberless ways too of regarding and judging the conduct of others, no wonder that even the better sort of men, much more the generality, are, and seem to be, so sinful.”

It is not possible then, to separate men into groups and say that some of them are of the world while we are not. It is likewise absurd to say we reject the world; for in doing so we reject ourselves. But it is possible to defeat our enemy if we see where it resides. “Look not about for the world as some vast and gigantic evil far off—its temptations are close to you, apt and ready, suddenly offered and subtle in their address. Try to bring down the words of Scripture to common life, and to recognize the evil in which this world lies, in your own hearts,” Newman urges.

We must ask ourselves what things of this world we have become too attached to, what secret sins enslave us, what good things have become idols in our lives. Newman concludes:

“When our Saviour comes, He will destroy this world, even His own work, and much more the lusts of the world, which are of the evil one; then at length we must lose the world, even if we cannot bring ourselves to part with it now. And we shall perish with the world, if on that day its lusts are found within us. “’The world passeth away, and the lust thereof, but he that doeth the will of God abideth for ever.’”

Setting aside our judgment of others, we can get to work on ourselves. This is the work God has called us to and given us the grace to complete.