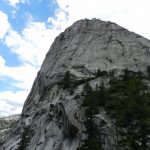 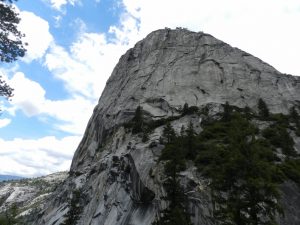 In this powerful poem filled with emotion, Blessed John Henry Newman pleads with England to repent of its secular ways and loss of faith, to be like Tyre, and not like the other Biblical cities mentioned, or else England would meet the same doom as did Babel and Sodom.

England’s increasing secularity caused Newman sadness. But composing verse was a way for Newman to release emotion; he frequently refers in letters to his poetry as a means of relieving his mind. To that end, Newman believed the content of his poetry was more important than the form, and that the best poetry expressed sincere feeling. However, Newman still paid attention to the form, as is evidenced in this poem “England.” Newman uses mixed meter and begins several lines with a strong stressed syllable, in order to emphasize these first words. In the first stanza, lines 1, 4, and 5 begin with a stressed syllable, instead of the initial unstressed syllable of the usual iambic meter.

TYRE of the West, and glorying in the name

More than in Faith’s pure fame!

Wielding Trade’s master-keys, at thy proud will

To lock or loose its waters, England! trust not still.

Newman opens the poem in a powerful way, by recalling the gentile city of Tyre. Jesus mentions Tyre and Sidon in the gospel of St. Luke 10:13–14, comparing them to several cities in which He had performed miracles. Those Israelite cities had been blessed with Jesus’ presence, and power, yet they had not repented. Jesus pronounces woes on them (Chorazin and Bethsaida), stating that Tyre and Sidon, given the same opportunity, would have turned from their wickedness and been saved.

In the second stanza, stressed syllables continue to emphasize certain words. Newman exhorts England to take heed of how the Biblical strongholds, because of pride, were in actuality frail, due to the attitudes of the people. The lines with irregular meter along with stressed words in unexpected places, cause the sound of the lines to echo the sense of the words: that is, the “madness” of man’s foolishness is indicated by the meter.

High towers have been man’s crime.

Since her hoar age, when the huge moat lay bare,

Strongholds have been man’s snare.

Thy nest is in the crags; ah! refuge frail!

Mad counsel in its hour, or traitors, will prevail.

The final stanza continues the use of stressed syllables to emphasize words. Here, it is the judgment of God upon these cities, with the accompanying sound echoing the sense, which lends power to the verse. Newman believed the meter of the poem would flow naturally from the poem’s meaning, through the poet’s free choice of meter, instead of by following conventional fixed metrical patterns.

He who scann’d Sodom for His righteous men

Still spares thee for thy ten;

But, should vain tongues the Bride of Heaven defy,

He will not pass thee by;

For, as earth’s kings welcome their spotless guest,

So gives He them by turn, to suffer or be blest.

Jesus used the gentile cities of Tyre and Sidon to highlight the way God’s chosen people, in contrast, had refused Him. While Newman pleads with England to be like Tyre, we could well apply these words to the United States, which also needs to humbly obey God’s laws instead of rebelling as did the English.

Newman’s use of meter, along with end rhyme, serve to make this poem an excellent example of his use of poetic technique which is rich in form yet always secondary to content.