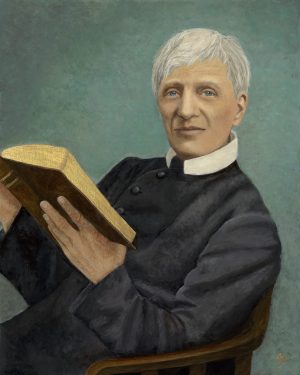 A Guide to John Henry Newman, His Life and Thought

St. John Henry Newman (1801-1890) was a great thinker and writer, an educator and a saint. Many biographies and essays have been written about him since his death yet the richness of his life and thought invites further study.

In 1975, St. Paul VI, spoke of the “Hour of Newman” and described him a precursor of the Second Vatican Council. He wrote:

“Many of the problems which he treated with wisdom-although he himself was frequently misunderstood and misinterpreted in his own time-were the subjects of the discussion and study of the Fathers of the Second Vatican Council, as for example the question of ecumenism, the relationship between Christianity and the world, the emphasis on the role of the laity in the Church and the relationship of the Church to non-Christian religions.”

A Guide to John Henry Newman, His Life and Thought is a rich collection of chapters and essays which the Catholic University of America Press will publish in December of this year 2022. The cover portrait is a beautiful painting by Mary Fotheringham depicting the man of letters who was an avid reader of theology, literature and current events.

This work presents many aspects of Newman’s life written in a scholarly manner yet accessible to students and an educated public. The twenty-three contributors are scholars from six different countries, and for the most part university professors. A few of them were converts to Catholicism like Newman.

The topics were chosen to paint a picture of Newman’s life. He was an Anglican convert to Catholicism, he became an Oratorian priest; he was a student of the classics and of the Church Fathers. He was a priest, an educator, the leader of the Oxford Movement, a philosopher, a musician and a poet. Without being a biography, this first part of the volume gives a rounded picture of Newman’s life.

The second part of the volume offers a wide range of Newman’s contributions to theology, for example, his teaching on faith and reason, development of doctrine, liturgy, the Church or ecclesiology and liturgy.

Oratorian Father Guy Nicholls has written about this book: “This is a generously conceived collection of insightful readings of Newman which will surely help to promote a well-rounded knowledge and understanding of his unique contribution to many areas of theory and praxis, notably to theology, philosophy, patristics, education, ethics, ecclesiology, spirituality and to the pastorally effective exercise of the Catholic priesthood.”

One of the characteristics of the volume is that the contributions represent a wide range of methodologies according to the field of learning of each contributor. While attention is paid to history, the approach is broader than a historical-critical study of Newman’s writings.

In addition, throughout the volume a favorable view of Newman is presented. The honesty of his life and writings is not brought into question as some recent volumes have done. Some chapters offer discussion of such scholarship but it is done in a respectful tone which invites future study.

It will be clear to the reader of this volume that Newman was an intellectual whose thinking developed, and someone with a personal history, limitations and strengths. At the same time, it will be evident that he was more than a great thinker; he was a very good friend, a dedicated teacher, a pastor of souls and a man who lived for others.

As editor of this volume, I congratulate the authors of the various chapters and express the lively hope that this work will be a point of reference and stimulus to future Newman scholars, and instructive to the general readers. I also thank those of you, who listening or reading these words, will tell others of the forthcoming volume: A Guide to John Henry Newman, His Life and Thought.