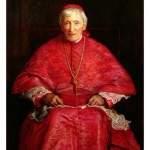 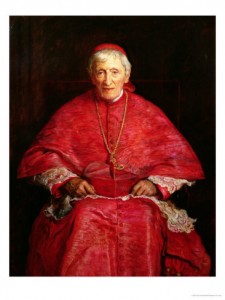 A Matter of Life and Death  by Fr. John Henry Hanson, O. Praem.

When Moses set before the Israelites a choice between life and death, a blessing and a curse, he wasn’t simply issuing an ultimatum in God’s name (cf. Dt 30:15-20). On the threshold of the Promised Land, after a thorough recounting of God’s mercies, Moses was preparing the chosen people to receive the land as a gift. How the Israelites would enter and subdue the land, how they would live and worship the Lord in it, would depend on whether they would appreciate it as given land, or as the Lord Himself repeatedly calls it: “The land I swore to give.”

It is possible for anyone to be, in Newman’s words, an “unwilling recipient of a gift”[1]—a danger against which the Christian is especially warned. The Israelites first feared the land because of its inhabitants. But having miraculously overthrown Jericho, they ended up exploiting it, grasping its forbidden goods and incurring the Lord’s judgment (cf. Num 13:31-33; Josh 6-7:1). Far greater gifts, greater even than holy land, have been poured into our laps.

In “Acceptance of Religious Privileges Compulsory,” a Parochial and Plain sermon notable for its hard sayings, John Henry Newman would have us examine our response (and responsibility) toward the gifts of grace and mercy which come to us from One greater than Moses.

When our Savior came long after Moses, He also set before us life and blessing—but now as a final call to inherit the land which is the kingdom of God. The gift-language of the Pentateuch is only intensified in the Gospels. Jesus compels us through invitations and attractive comparisons to enter a kingdom that is more of a wedding feast than a realm. His subjects are initially drawn in not as a defeated people, but as welcome guests—even rescued or caught by a dragnet thrown into the sea. “Many are called, few are chosen” is the recurring theme of parables of “indiscriminate” gathering. Then comes a closer scrutiny revealing the suitability of wedding guests and netted fish.

We can’t help but notice the Gospel pattern: a general call, a pull toward something fulfilling and lasting, and then a judgment based on one’s response. Behind our Savior’s comparisons lies a unique sense of compulsion—an urgency on His part to save us, to get us inside His kingdom by whatever it takes to draw us in. But again, it is the compelling force of an offered gift that urges the invitation.

Invitations of any kind can be declined, as love can be spurned and friendship betrayed. Jesus would have us know that His offers are never indifferent, take-or-leave options. They are life and blessing. But to choose knowingly against Him is to opt for the curse, for everlasting death. No other account can be made for such dire language as “outer darkness,” “weeping and gnashing of teeth,” and “Depart from me, you cursed, into eternal fire,” coming from the mouth of the Prince of Peace. For good reason, Newman explains, do we need to be shepherded to life by One who keeps our eyes open to the possibility of final loss:

Although use of the word “compulsion” or “force” in connection with religion might grate against modern ears, Newman softens the idea without weakening the vigor of our Lord’s teaching. Basing himself on the parable of the wedding feast where the attendees are compelled to come (cf. Mt 22:1-14), Newman presents an “awful and startling” Gospel teaching that yet encourages when we consider its Source.

By all He has done, all He has suffered, He seems to entreat us to have confidence in Him; He condescends to entreat us to take on trust the truth and the equity of His words, when He declares that we are compelled to receive God’s mercies, yet punished for the misuse of them.

The thematically-related parable of the talents confirms the Cardinal’s point (Lk 19:11-26). “A sort of uncontrollable destiny” surrounds both the expelled wedding guest and the unprofitable servant. Newman considers the failed character in each story as a sober example of accountability to God, of

the destiny of accountableness, the fate of being free, the unalienable prerogative of choosing between life and death, the inevitable prospect of heaven and hell.

A different facet of this same teaching appears in another of our Lord’s parables. A servant well-informed about his master’s will is beaten severely for not having done it, while an ignorant servant guilty of the same negligence receives a far less severe punishment (cf. Lk 12:35-48). The “very solemn and certain truth” that Newman urges upon his hearers is that judgment exempts no one. The guests ushered into the wedding banquet, the talent holder who returned only what he was given, the punished steward—all had to account for free gifts.

The theme of a servant called to account for himself, for his stewardship, occurs in several Gospel parables. And inevitably his day of reckoning concerns not his own personal belongings, but rather the property of his master. All that the servant has is on loan. Goods are given him for a time that he might use, conserve, or make a profit with them. But whatever the final verdict, the stuff of his stewardship was never the servant’s to begin with.

All of the above creates a stumbling block for some. Why should such a heavy accountability be placed on the shoulders of everyone born into this world? Shouldn’t a choice be offered us to opt out of the established order? Or as Newman voices their angst: “They beat and break themselves fruitlessly against the destiny to which they are chained; and since they cannot annul their creation, they think to revenge themselves by blasphemously rising against their Creator. ‘Why am I made? why cannot I annihilate myself? why must I suffer?’”

While it is true that “we are not asked whether we will choose this world before we are born into it,” yet the fact remains that God has given to each “this gift of a mortal nature,” “this gift of life and reason,” without our asking. Here we could enter into the thicket of problems that preoccupy postmodern man regarding existence, absurdity, and ultimate meaning.

Newman, however, sees no need to argue for the obvious, that existence is better than nonexistence—and is, moreover, the first given we encounter. Even though some rebel against their birth and their Creator, not excluding “rushing out of life by self-inflicted violence,” Newman counsels a saner, more realistic approach: Take what is given. Take life as you find it with the confidence that God has entrusted you with a gift.

Life viewed not primarily as what we make of it but as what God has already made it to be radically transforms a cowering—or, alternatively, a defiant—stance to a posture of receptivity. Ours is a response to an environment, a set of circumstances and a network of relationships that God largely chooses for us. They are the given. Looking at ourselves as having been brought into this world—a world that, Newman acknowledges, “is a world of enjoyment, yet unquestionably a world of care and pain also”—it is clear that the Lord places a lot of confidence in us.

His confidence compels and invites, but leaves acceptance ultimately in our hands. Yet even in this God assists us, inspiring confidence in cooperation. The sympathetic and hardy advice of the blessed Cardinal shows that we have every reason to expect every help from the Giver of every good gift:

[I]nstead of shrinking from the responsibility, rather we must comfort ourselves with the privilege, with the contemplation of the fulness of the aid given us to help us in all our trials; and, thus encouraged, we must go on to cooperate with God manfully.

[1] “Acceptance of Religious Privileges Compulsory,” Parochial and Plain Sermons, Vol. IV, no. 4. Unless otherwise noted, all quotations are taken from this sermon.