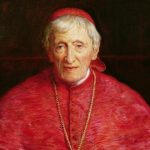 Many Catholics today know very little about their faith. Their faith is reduced, in the best of cases, to attendance at Mass on Sunday. But they have little understanding of religion, and their beliefs do not have a significant effect on the way they live. This problem is not only one of modernity. In the 19th century as well, Christians were poorly formed.  Blessed John Henry Newman dedicated his life to the intellectual and religious education of youths and adults. The great majority of these were lay men and women.

In a series of lectures given in 1851 titled “Present Positions of Catholics in England,” Newman wrote:

“What I desiderate in Catholics is the gift of bringing out what their religion is I want a laity, not arrogant, not rash in speech, not disputatious, but men who know their religion, who enter into it, who know just where they stand, who know what they hold and what they do not, who know their creed so well that they can give an account of it, who know so much of history that they can defend it. I want an intelligent, well-instructed laity I wish you to enlarge your knowledge, to cultivate your reason, to get an insight into the relation of truth to truth, to learn to view things as they are, to understand how faith and reason stand to each other, what are the bases and principles of Catholicism and where lies the main inconsistencies and absurdities of the Protestant theory. You ought to be able to bring out what you feel and what you mean, as well as to feel and mean it; to expose to the comprehension of others the fictions and fallacies of your opponents; to explain the charges brought against the Church, to the satisfaction, not, indeed, of bigots, but of men of sense, of whatever cast of opinion.”

In the 19th century, these were novel concepts. This type of education was deemed necessary for priests only, or for members of religious orders, not the laity. Newman, however,  believed that this education was necessary for all the baptized. And he advocated, we could say, the cultivation of an intellectual faith, the faith that goes hand in hand with reason, or, as St. Anselm had said centuries earlier, faith seeking understanding.

Today, as in Newman’s time, most parents do not have a good grounding on their own Catholic faith and are thus not able to form their children properly, and they often rely on Catholic schools to teach their children, unaware that many Catholic schools have lost their Catholic identity. How can this be countered? Newman calls the laity to acquire knowledge in different areas:

Knowledge of the creed – what the Church believes and teaches. As quoted earlier, Newman expressed the desire for laity “… who know what they hold and what they do not, who know their creed so well that they can give an account of it.”  They should know the “bases and principles” of Catholicism. This is precisely what the Apostle Peter teaches us: “Always be prepared to make a defense to anyone who calls you to account for the hope that is in you, yet do it with gentleness and reverence” (1 Pet 3:15).

Knowledge of Church history is also very important to better understand and defend the Church. Newman also advocated for a laity  “who know so much of history that they can defend it.” It is helpful to know about the rise of Christianity, the major doctrinal controversies, the history of missions, the Crusades, the Protestant Reformation, and the Church in modern times. Newman went as far as to say that “to be deep in history is to cease to be Protestant.”

All this may seem a daunting task, but is not only possible, it is necessary. There are many good books and resources available through different colleges and institutes as well as online lectures.

Each of us must consider what he or she is doing to study the faith. And with the help of others, each must have a plan to study the creed, dogmas, and history of the Church. Christians must realize that to remain stationary is to fall back. The Christian is called by God Himself to grow in His knowledge and love.

Similar to Blessed Newman, only years later, St. Josemaría Escrivá insisted that, in the Church, the laity are not second-class citizens. Lay persons have full rights and obligations in the Church. They are called to the same holiness and apostolate as priests and members of religious institutions. Yet this calling requires a commensurate formation.

In his letters and his activity, Newman stressed that the Catholic laity should have knowledge of education, religious art, architecture, and music, as well as other aspects of the faith. He encouraged men and women to place that knowledge at the service of the Church and society. A living faith is thus manifest in the life of groups and society. And that is what our faith in Christ must be: a living faith that transforms people and culture.

In another reflection we will consider Newman’s ideas  on the importance for the faithful to be witnesses of Christian teaching and tradition. To be those witnesses, however, all the faithful, composed in its great majority by the laity, must decide to move forward. No matter how much or how little a person knows, there are steps to take to improve formation. Do you try to read books on doctrine and spirituality? Do you listen to Catholic radio? Do you participate in opportunities offered by your parish?