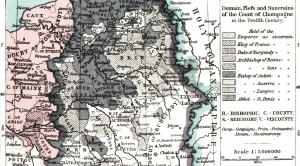 Newman continued his discussion of the integrity of a university by directing his attention to the moral life of professors and their submission to the Church’s Magisterium. For this he proposed to look at the figure of Abelard considered as the first master of scholastic theology. Newman began by observing that there are men who have anticipated theological problems and posed solutions but without sufficient measure and prudence. They have thus fallen into errors of excess and presumption that are typical of heresies.

Philosophy and theology consist in making judgments about true propositions and connecting with other truths. In Newman’s words: “Nothing is more certain, than that some ideas are consistent with one another, and others inconsistent; and, again, that every truth must be consistent with every other truth;—hence, that all truths of whatever kind form into one large body of Truth, by virtue of the consistency between one truth and another, which is a connecting link running through them all.” The medieval university developed the ancient art of logic and applied it to its work as the “scholastic method.”

Newman considered Abelard to be “the ill-fated logician who had a principal share in bringing it into operation.” He acknowledged that others consider St. Anselm and the school of Bec to be the founders of scholasticism, but noted that Abelard who taught at the university of Paris “illustrates the strength and the weakness of the principle of advertising and communicating knowledge for its own sake, which I have called the University principle.”

The end of 11th century William of Champeaux founded the celebrated Abbey of St. Victor in Paris and there he introduced the dialectic method of analysis to the study of philosophy. To him falls the credit of forming the University from the various Schools of Paris. His young pupil was Abelard, who at the age of twenty-two was capable of disputing his teacher and of starting his own school, and a long rivalry with his former teacher, and later monk.

Abelard adopted his new method with a fury. “Great things are done by devotion to one idea; there is one class of geniuses, who would never be what they are, could they grasp a second. The calm philosophical mind, which contemplates parts without denying the whole, and the whole without confusing the parts, is notoriously indisposed to action; whereas single and simple views arrest the mind, and hurry it on to carry them out. Thus, men of one idea and nothing more, whatever their merit, must be to a certain extent narrow-minded; and it is not wonderful that Abelard’s devotion to the new philosophy made him undervalue the Seven Arts out of which it had grown.”

Abelard opposed the reading and studying of the Classics (poets and philosophers), but not for ascetical motives. Instead he found them of little value. John of Salisbury and Peter of Blois had championed the importance of learning them by heart, analyzing their arguments and noting their fallacies. “But now, another teaching was coming in; students were promised truth in a nutshell; they intended to get possession of the sum-total of philosophy in less than two or three years; and facts were apprehended, not in their substance and details, by means of living and, as it were, personal documents, but in dead abstracts and tables. Such were the reclamations to which the new Logic gave occasion.”

Newman narrated Abelard’s ambition for fame mixed with a worldly desire of becoming a bishop. For a short while he attended Anselm’s lectures but not impressed he preferred to lecture himself on the Prophet Ezekiel. He was an eloquent speaker attracting students and masters from throughout Europe. But this popularity and brilliancy were to be his destruction. Besides being contentious, and proud, he fell into a third temptation, an illicit relationship with Eloisa, a very intelligent pupil and the niece of an ecclesiastic with whom Abelard lodged.

Abelard moved to the Abbey of St. Denis to live as a monk but while there he soon began to present his novel view on the Holy Trinity, drawing many students to listen to him. Next he moved to a hermitage in Nogent-sur-Seine in Champagne but again soon students flocked to hear him. From there he moved successively to various Abbeys, and in 1140-1141 was obliged to defend himself against St. Bernard. He was tried at two councils and received a papal sentence of excommunication, which was lifted on the condition that he remain at the Abbey of Cluny. Before dying at the age of sixty-two it is said that he retracted of his errors.

Newman narrated the sad history of this brilliant mind to caution against a worldly ambition not in keeping with wisdom that should be “from above,” “chaste” and “peaceable.” In doing so he also wished to indicate the peril to the integrity of a university in which students and teachers are not under the guidance and teaching of the Church: “such was the enthusiasm of the student(s), such the attraction of the teacher, when knowledge was advertised freely, and its market opened.”