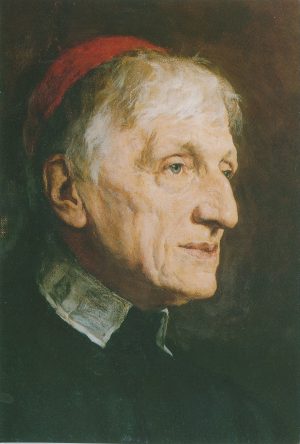 Having painted a picture of the origins of universities and their reason for being and of the nature of colleges Newman turns to explain a dysfunction of university education in his alma mater, Oxford. First, he briefly distinguishes further between both the University as a body and its Colleges, and second, he notes that Colleges have abused their power viz a viz the authority of the University as a corporation.

A university is an educational institution shaped by a specific spirit and mission, and by a chancellor and his administration. It is a body composed of colleges, smaller units, where students learn the liberal arts in a setting in which close bonds are established between its members. Newman writes of the “mutual private services, and deep and lasting attachments” that arise among students and professors.

Newman continues: “The University is for theology, law, and medicine, for natural history, for physical science, and for the sciences generally and their promulgation; the College is for the formation of character, intellectual and moral, for the cultivation of the mind, for the improvement of the individual, for the study of literature, for the classics, and those rudimental sciences which strengthen and sharpen the intellect.” This description resembles a little the distinction today between undergraduate schools and graduate schools or professional schools. In universities in which students reside they often live in a dorm and study one or two majors in a given school. There they often are more open to the influence of peers and professors and form strong ties. When they continue with graduate studies, for example, in law school or medical school they are no longer part of the undergraduate student life or collegiate life.

More specifically, however, Newman refers to the ruling authority of the University of Oxford and other universities. Both elements, the university corporation and the individual colleges, are necessary. According to Newman the first exists by itself in Germany, while the second have taken supreme authority in England. He considers that in England the colleges were preserved but the universities were superseded. He compares this to the religious changes that followed the Protestant reformation; the office of bishops continued in England but the Anglican Church no longer had Convocations; the civil power did not allow it to exercise its authority.

Newman holds that the universities lost their authority whereas Colleges maintained a political power, representing the political community throughout England. Referring to the political reforms at the start of the 19th century he said, “Twenty years ago, when Reform was afloat, when boroughs were disfranchised, corporations created, sees united, dioceses rearranged, chapters remodelled, church property redistributed, and every parsonage perplexed with parliamentary papers of inquiry and tables of returns, the Colleges alone escaped.”

The reason for this is that the power of a College lies in its members throughout the country. “There is no political power in England like a College in the Universities; it is not a mere local body, as a corporation or London company; it has allies in every part of the country.”

A College is the place where students form friendships and which becomes “a second home.” Years later it holds memories of accomplishments as well as regrets. Former students send their children or friends to the same College. Moved by a sprit de corps they feel urged to support declarations, to vote, to protest what they are told.

After noting the allegiance to a College, Newman claims based on his own experience of Oxford that many Colleges lost their educational and moral purpose. “The Colleges, left to themselves, in the course of last century became shamefully indolent and inactive. They were in no sense any longer places of education; they were for the most part mere clubs, and sinecures, and almshouses, where the inmates did little but enjoy themselves. They did next to nothing for the youth confided to them; suffered them to follow their own ways and enjoy their own liberty, and often in their own persons set them a very bad example of using it.”

Oxford University was not in a position to do anything because of its limited authority. Newman extends this judgment to other English universities: “This seems to me the critical evil in the present state of the English Universities, not that the Colleges are strong, but that the University has no practical or real jurisdiction over them.”

Newman offers two instances of this: examinations for degrees and examinations for matriculation. At the beginning of the 19th c. some men succeeded in establishing examinations by Oxford University for the conferral of degrees. Before this the Colleges gave the examinations and students chose at will their own examiners. Prevailing over the Colleges in this matter was a difficult proposition. The University was, on the other hand, not successful in establishing an examination for matriculation to its future members. The College Heads in their Hebdomadal Board opposed this measure. Subsequently this Board was suppressed by an Act of the House of Commons although no real jurisdiction was given to the University over the Colleges.

Having extolled earlier the need for Colleges Newman now notes the abuse of College authorities at Oxford and other universities. His concern, however lay principally in the loss of the vision of the College Tutors as spiritual and moral guides of their students, and later on the loss of a true liberal arts education at the Colleges. At Oriel College he fought along with two younger Tutors, Robert Wilberforce and Hurrell Froude, to restore the role of the Tutors but was defeated by the College Provost, Edward Hawkins.