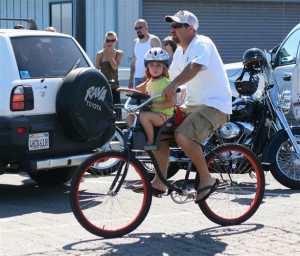 In a sermon celebrating the “guilelessness” of St Bartholomew (or Nathanael), Blessed John Henry Newman presents his example as an assurance that “we need not give up our usual manner of life, in order to serve God.”[1] He insists that “the most humble and quietest station is acceptable to Him, if improved duly,—nay, affords means for maturing the highest Christian character, even that of an Apostle.”

Newman isn’t advocating resignation, an acceptance of life as is. Rather, he wants to open our eyes to the “richness of ordinary life,” as St Josemaría Escrivá would put it. If people really wish to serve God, they should begin where they find themselves. And they should see their duties as worthy of improvement, worthy of perfecting. Nothing we do is too small for God, as Jesus Himself demonstrates in choosing to live in a hidden manner for most of His earthly life. The Gospels recount no signs and wonders during this time, testifying instead by their silence of the value God attaches to the humblest and quietest stations.

Those who wish to serve God, to be pleasing and righteous in His sight, might start off thinking that a change of place or of status—a new venue or career—is needed. Setting aside the question of a clerical or religious vocation (which in any case doesn’t alter the principle), change is most needed on the inside, in our thoughts, desires, and intentions.

While everything stays the same, the mind and heart must grow—making of daily life an offering acceptable to God. Once our intention becomes that, everything falls into place. Life finds the order with which the Lord has already invested it. It was always there—but is only discovered by those who know where and how to look for it. The Lord invariably describes His kingdom as made up of small things that become great, and inhabited by great people who become small, even as the merest children.

It’s never the daily routine itself, nor the sameness of each day, that carries the treasure. It’s all in the approach. Newman tells us that once we are convinced that we have both a soul and a work to do, then ordinary life and its numerous tasks suddenly take on a richness of purpose that inspires zeal in carrying them out. They are sanctifying, pleasing to God, and contribute to accomplishing the larger lifework God has given each of us to do. He observes:

But when a man begins to feel he has a soul, and a work to do, and a reward to be gained, greater or less, according as he improves the talents committed to him, then he is naturally tempted to be anxious from his very wish to be saved, and he says, “What must I do to please God?”

The key to living an “unvaried” life well, even with joy and enthusiasm, is an eagerness to carry out God’s will from one moment to the next. His will is always the best and most pleasing thing we can do—even forming the tie binding us to Jesus as closest kin: “Whoever does the will of God is my brother, and sister, and mother.”

Yet a word must be said about boredom, the enemy of consistency and perseverance. Newman frankly acknowledges that an unvaried life tends to tedium. The apparent purposelessness of routine, getting things done without measurably accomplishing anything, is the haunting feeling that comes round again and again—even to people who “get” the spirituality of, say, the Benedictine “ora et labora” or that of Opus Dei, as uncompromisingly voiced by St Josemaría: “Don’t doubt it, my children: any attempt to escape from the noble reality of daily life is … something opposed to the will of God.”

Everyone knows from firsthand experience the monotony Newman describes:

An even, unvaried life is the lot of most men, in spite of occasional troubles or other accidents; and we are apt to despise it, and to get tired of it, and to long to see the world,—or, at all events, we think such a life affords no great opportunity for religious obedience. To rise up, and go through the same duties, and then to rest again, day after day,—to pass week after week, beginning with God’s service on Sunday, and then to our worldly tasks,—so to continue till year follows year, and we gradually get old,—an unvaried life like this is apt to seem unprofitable to us when we dwell upon the thought of it.

Owing in part to fallen human nature, we think that we’re always missing something. Adam and Eve were the first to overreach themselves, grasping for something better than being children of God in paradise. Likewise, people who live and move in a media-dominated culture—and practically believe its claims—easily grow weary of their own ordinary lives and long for a “glamorous” life of fame and wealth.

The faces and voices that fill airwaves, computer screens, and magazine covers, can convey a sense of carefree living, full of variety and excitement that never wears out. But we can’t allow entertainment value and celebrity to fool us. To say that that’s all there is to life is entirely wrong. And its falsity, like that of every counterfeit happiness, is based on the simple fact that nothing outside of God will satisfy us. St Augustine’s deservedly oft-repeated saying should be printed on everyone’s birth certificate, whatever their religion, whatever their race, into whatever time and place they’re born: “You have made us for yourself, O Lord, and our hearts are restless until they rest in you.”

If we entertain an ideal of fulfillment based on a deceptive picture of happiness then “escape” from the ordinary will never be far from our mind. Diversions are certainly healthy. But pleasantly diverting our attention is as far as they take us. In the end, we have to come back home and meet God there.

Newman happily returns us to reality. We have “the history of St. Bartholomew and the other Apostles to recall us to ourselves,” if the would-be servant of God should begin to think that “he ought to be useful on a large scale,” and “[go] out of his line of life, that he may be doing something worth doing, as he considers it.”

The Blessed Cardinal invites us to take a second look at the goodness, at the opportunities, with which the Lord has already invested our lives. The “highest Christian character” can immerge in the most ordinary people, living in the most unremarkable of settings. Newman’s straightforward assessment of the guileless apostle’s spirituality gets to the heart of it all: “Bartholomew read the Scriptures and prayed to God; and thus was trained at length to give up his life for Christ, when He demanded it.”

Are we as humbly committed to the lives which God has given us as were those first Apostles called by the Lord? They too prayed, worked, and struggled as we do. And as their ordinary lives were the setting of God’s call to holiness and apostolate, so are ours if we have eyes to see it and hearts open to receive it.

[1] Parochial and Plain Sermons, Vol. 2, Sermon 27: “Guilelessness.” All Newman quotations in this article are taken from this Sermon.