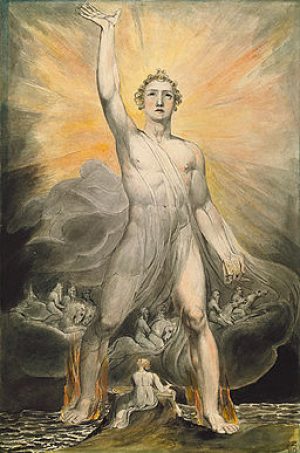 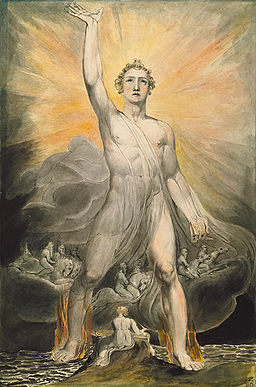 It will soon be October and time to celebrate St. John Henry Newman’s liturgical feast day. The time for this feast – which falls on the day of his conversion to the Catholic Church – is also appropriate because Newman liked the season of autumn and the beauty of the changing leaves. He often remarked on the beauty of nature because he saw the created visible world as a reflection of the invisible world. For St. John Henry, the world is filled with angels, our own guardian angels, whose feast we celebrate October 2nd, but also the angels which are all around us. He shows us his love and appreciation for angels in the short poem, “Angelic Guidance.” Note the beautiful image he used for angelic clothing as “skirts of light.”

ARE these the tracks of some unearthly Friend,

His foot prints, and his vesture-skirts of light,

Who, as I talk with men, conforms aright

Their sympathetic words, or deeds that blend

With my hid thought;—or stoops him to attend

Of ill I see not;—or in dreams of night

Figures the scope, in which what is, will end?

Were I Christ’s own, then fitly might I call

That vision real; for to the thoughtful mind

That walks with Him, He half unveils His face;

But, when on earth-stain’d souls such tokens fall,

These dare not claim as theirs what there they find,

Yet, not all hopeless, eye His boundless grace.

Newman’s thoughts regarding angels can be found in his sermons, for example “The Powers of Nature”(PPS Vol. 2, 29) and also in the Apologia where he writes, “ . . . I viewed them, not only as the ministers employed by the Creator . . . but as carrying on, as Scripture also implies, the Economy of the Visible World. I considered them as the real causes of motion, light, and life, and of those elementary principles of the physical universe, which, when offered in their developments to our senses, suggest to us the notion of cause and effect, and of what are called the laws of nature. . . .”

And so this poem read in the light of St. John Henry’s understanding of angels shows that these marvelous beings not only protect us, but help us to understand people around us, help our thoughts at night, and give us the grace to see God in the created world all around. In his sermon for Michaelmas, 1834, he wrote:  “Every breath of air and ray of light and heat, every beautiful prospect, is, as it were, the skirts of their garments, the waving of the robes of those whose faces see God.”

Newman remarks in the final lines of this poem that those whose understanding of the world is dimmed by sin will not see these angelic tokens which are everywhere.

“But, when on earth-stain’d souls such tokens fall,

These dare not claim as theirs what there they find,

Yet, not all hopeless, eye His boundless grace.”

So all is not lost because of God’s boundless grace which can open the eyes of the blind that they might see. St. John Henry Newman, help us to see these angelic tokens from God that fill our life with beauty, these hints of the wonders which await us in our heavenly home.