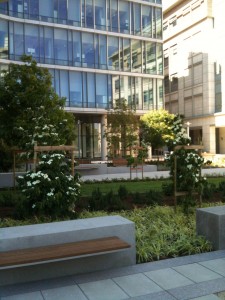 Athens provided the intellectual genius for universities, and Roman West the practical character.  Christianity gave solidity to both these elements accomplishing the beautiful ideal of Athens as put forth by some of her famous orators.

Pericles called Athens the schoolmistress of Greece. Athens soon overtook Syracuse, where it is said that enslaved Athenians working in quarries were able to recite verses of Euripides and thus obtain their freedom. With the conquests of Alexander the Great, Greek thinking spread throughout Asia. Wherever a Macedonian Phalanx triumphed, a school of philosophers followed suit. Soon “Asia Minor and Syria were covered with her schools, while in Alexandria her children, Theophrastus and Demetrius, became the life of the great literary undertakings which have immortalized the name of the Ptolemies.”

Athens’ “peculiar democracy” as dubbed by Pericles became politically weak, but she was according to Newman “the ecumenical teacher and civilizer.” In a famous Funeral Oration, Pericles extolled the Athenians. Newman paraphrases him: “The love of the Beautiful will not conquer the world, but, like the voice of Orpheus, it may for a while carry it away captive. Such is that “divine Philosophy,” in the poet’s words,

“Not harsh and crabbed, as dull fools suppose,
But musical, as is Apollo’s lute,
And a perpetual feast of nectared sweets,
Where no crude surfeit reigns.”

Pericles praises them for discovering the “art of living well and happily, without working for it.” He does not refer to the many slaves that worked for them. Although he calls the Athenians loyal, active, hardy, brave and munificent citizens, they lived a care-free life.

According to Pericles, Athenians obeyed the magistrates and laws, and held high the national interests. They held splendid feasts and spectacles without extravagance, made possible by crowds that they attracted and whom their laws did not exclude. In sum they were hospitable, but their feasting did not relax their discipline; they had natural warlike talents and “were only more gallant in the field, and more patient and enduring on the march.” At the same time Athenians cultivated the fine arts and sciences.

Newman, however, observes that Pericles’ panegyric did not accord with experience. In real life Athenians became morally corrupt: “One sees at once, that, taking men as they are, the love of the Beautiful would be nothing short of the love of the Sensual; nor was the anticipation falsified by the event: for in Athens genius and voluptuousness ever went hand in hand, and their literature, as it has come down to us, is no sample or measure of their actual mode of living.”

Although Athenian literature had a “serene and severe” beauty, later treasured the Church Fathers and considered a preparation for the Gospel, Athenians teachers failed in providing the moral bounds for the students: “She was of far too fine and dainty a nature for the wear and tear of life;—she needed to be “of sterner stuff,” if she was to aspire to the charge of the young and inexperienced. Not all the zeal of the teacher and devotion of the pupil, the thirst of giving and receiving, the exuberance of demand and supply, will avail for a University, unless some provision is made for the maintenance of authority and of discipline, unless the terrors of the Law are added to the persuasives of the Beautiful.”

Newman extols the democratic will and intellectual mind of the Greeks. Newman called the Greeks the civilizers of Europe. But he faults her for being proud, over-ambitious and ill suited to rule her empire. Acknowledging her weakness and pagan disorders he writes: “I think, then, her great orators have put to her credit a beautiful idea, which, though not really fulfilled in her, has literally and unequivocally been realized within the territory of Christianity.”