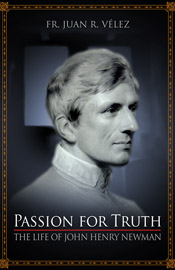 The Barbarians who overran the Roman Empire in successive centuries destroyed the culture and schools, which had developed under the Romans. It would be the Catholic Church that would preserve great part of learning and culture for civilization.

The early Goths (Germanic tribes invading the Roman Empire) were vanquished by the civilization, which they had conquered. They assimilated Roman culture, but soon afterwards they were defeated by other Barbarians.

Newman compares the fall of Rome to the fall of the house battered by the wind and rain in the Gospel parable. The fall began in the 3rd century with a plague and the invasion of Barbarians. For a period of fifteen years a lethal plague spread throughout the Empire. The Franks fell upon Western end of the Empire, and Goths fell upon Asia Minor, destroying and pillaging cities. At a later date the Vandals laid waste to Spain.

In the 5th century the Huns, under Attila, devastated Asia Minor while the Goths descended on Greece with similar destruction. The Huns afterwards went north pillaging the northern provinces of Italy. The invaders destroyed the civilization of Asia Minor and Gaul. Italy suffered the destruction of its civilization by various Barbarian tribes and at last with greater fury by the Lombards.

Alexandria, the city of the Ptolemies, with its Museum and libraries, had not yet been destroyed, but Pope Gregory and his successors did not turn to it for the preservation of learning. They turned instead to islands, Britannia and Hibernia.  Christianity had been present in the former since the third century. This was followed by the evangelization of the Anglo-Saxons by St. Augustine and a large group of monks sent to England by St. Gregory (590-604).

Christianity arrived to Ireland before the 5th century, but it expanded with the work of St. Patrick sent there by Pope Celestine (ca 432). The Church soon flourished in Ireland.

Newman gives a lengthy quote from the Church historian Döllinger, about the Church in Ireland: “During the sixth and seventh centuries the Church of Ireland stood in the full beauty of its bloom. The spirit of the gospel operated amongst the people with a vigorous and vivifying power; troops of holy men, from the highest to the lowest ranks of society, obeyed the counsel of Christ, and forsook all things, that they might follow Him. There was not a country of the world, during this period, which could boast of pious foundations or of religious communities equal to those that adorned this far distant island. Among the Irish, the doctrines of the Christian Religion were preserved pure and entire; the names of heresy or of schism were not known to them; and in the Bishop of Rome they acknowledged and venerated the Supreme Head of the Church on earth, and continued with him, and through him with the whole Church, in a never interrupted communion. The schools in the Irish cloisters were at this time the most celebrated in all the West; and in addition to those which have been already mentioned, there flourished the Schools of St. Finian of Clonard, founded in 530, and those of Cataldus, founded in 640. Whilst almost the whole of Europe was desolated by war, peaceful Ireland, free from the invasions of external foes, opened to the lovers of learning and piety a welcome asylum. The strangers, who visited the island, not only from the neighbouring shores of Britain, but also from the most remote nations of the Continent, received from the Irish people the most hospitable reception, a gratuitous entertainment, free instruction, and even the books that were necessary for their studies. Thus in the year 536, in the time of St. Senanus, there arrived at Cork, from the Continent, fifteen monks, who were led thither by their desire to perfect themselves in the practices of an ascetic life under Irish directors, and to study the Sacred Scriptures in the school established near that city. At a later period, after the year 650, the Anglo-Saxons in particular passed over to Ireland in great numbers for the same laudable purposes. On the other hand, many holy and learned Irishmen left their own country to proclaim the faith, to establish or to reform monasteries in distant lands, and thus to become the benefactors of almost every nation in Europe.”

Newman thus begins to trace the preservation of learning and literature in Ireland and England. This exceptional work carried out in the Catholic monasteries of these two islands preserved civilization from the destruction carried out throughout the Roman Empire. Centuries later John Henry Newman would contribute to this great endeavor by founding the Catholic University of Ireland.