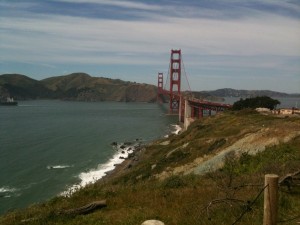 Priests, and others who work in campus ministry, recognize that fear is a common experience among college students. This is especially the case when they are trying to make decisions like the choice of a major or in discerning a vocation. I am not referring to the normal seriousness that should surround these decisions.  Concern for making right choices is good.  Choosing a major or discerning a vocation is an important decision for a young person and should not be taken lightly.

But what many of us see, is not just a normal and healthy concern, but rather, an irrational and paralyzing fear. More than just a fear of making a mistake, it is the grave apprehension that once a choice is made, there will be little hope in being able to correct it.  This fear also extends into decisions that are not necessarily long-term, like asking a person to go on a date. This fear leads to two extremes; they are either paralyzed from acting or they hastily make rash decisions, hoping that they will make the right choice.

While this irrational fear has many causes, I believe one important one is that young people have been taught an impoverished and reduced understanding of truth.  This problem is addressed in the papal encyclical Lumen Fidei:

In contemporary culture, we often tend to consider the only real truth to be that of technology: truth is what we succeed in building and measuring by our scientific know-how, truth is what works and what makes life easier and more comfortable. Nowadays this appears as the only truth that is certain, the only truth that can be shared, the only truth that can serve as a basis for discussion or for common undertakings. Yet at the other end of the scale we are willing to allow for subjective truths of the individual, which consist in fidelity to his or her deepest convictions, yet these are truths valid only for that individual and not capable of being proposed to others in an effort to serve the common good. (LF 25)

The pope points out that the modern world only recognizes two ways of coming to validly know the truth; through technology and science or through the subjective feelings and experiences of the individual. Whatever can be determined scientifically or whatever your heart tells you.  But the idea that there is a truth that could provide a total vision of life, that the Truth itself, truth with a capital T, exists and can be known, is mocked and ridiculed.

This reductive understanding of truth has resulted in what Cardinal Ratzinger called the “dictatorship of relativism.” Under this dictatorship, nothing is truly definitive and our only goals are set by satisfying our desires and egos.  Certainty of anything not revealed by scientific truth or by one’s own wishes and feelings is irrelevant because it is impossible to reach it.

One of the consequences of any dictatorship is fear.  Fear of authorities who may break into your home and take you away, fear of being turned in by someone for betraying the dictator’s regime.  A dictatorship leaves one suspicious and uncertain, without trust or peace.  These characteristics also mark the lives of many young adults.  They are suspicious, uncertain, lack trust and peace; in other words, they are fearful.

University students have been well formed in this limited understanding of the truth.  They are immersed in a culture that strongly holds to this impoverished vision of truth.  Taught that there are only two ways of coming to know the truth; through science or by “being true to yourself,” they are plagued by an irrational fear, especially when they are making important life decisions like choosing a major or discerning a vocation. No one should be surprised by this.  Science is a poor guide in making decisions like who one should marry. There are neither mathematical equations nor scientific proofs why a person should marry a certain person.

One’s emotions and feelings are not strong enough to make these decisions either.  Our emotions come and go. They grow strong and then weak and they can often betray us. Today we feel that we love someone but tomorrow we may not.  A university student has a great passion for a subject one semester but it can fade the next.  If the rigidity of science or my fickle emotions are the only ways I can come to know truth, then of course irrational fear will be the result. How can I have the peace that comes with certainty if there are no certain ways of coming to the truth about these questions?

Is there a way to help young adults overcome this irrational fear? I believe that John Henry Newman provides an answer.  In a personal letter in which he defends his belief in God and Catholicism, Newman explained the certainty of his belief by making a comparison between a solid iron bar and a cable. “An iron bar represents mathematical or strict demonstration; a cable represents moral demonstration, which is an assemblage of probabilities, separately insufficient for certainty, but when put together, irrefragable.” (Letters and Diaries of John Henry Newman, Vol. XXI, 146) The iron bar is a symbol of the truth achieved through science and technology while the cable represents the mode of coming to the certainty of truth in religious belief.

Science discovers the truth by searching for the simplest solution, the one cause of a reaction, simple and of one piece, like a bar of iron.  The truth of Catholicism is just as certain, but is arrived at by a mode of discovery that is different than science.   This method can be compared to a cable, made up of a number of separate wires, by themselves insufficient, but when wrapped together, they provide certainty and are difficult to refute.  Newman considered the process of coming to believe in the truth of God’s existence and the Catholic faith as more similar to the creation of a cable than to an iron bar.

This image of a cable made up of separate wires provides an image of reaching the certainty of truth in a way different than the sciences or through one’s emotions.  It is an image of a way of coming to the truth that offers a response to the dictatorship of relativism that plagues the modern world and can help overcome the irrational fear that plagues young people.

To further explain this, I want to carry Newman’s image farther by using, not only the images of iron bars and cables, but also adding a third material and then compare the values of these materials in building a bridge. In a way, coming to the truth is like building a bridge from not knowing to knowing, from uncertainty to certainty.

The scientific method can be compared to building a bridge with an iron bar.  It is solid, complete and simple. A scientist is looking for the simplest and most elegant explanations; often guided by the principle of Occam’s razor.  That method is right and valid for science but is terrible for discerning questions of vocation or profession. There will never be one simple reason why one should become a priest or one reason why you should choose one major over another. Newman says something similar in the same letter, “A man who said, ‘I cannot trust a cable, I must have an iron bar,’ would, in certain given cases, be irrational and unreasonable: – so too is a man who says I must have a rigid demonstration, not moral demonstration, of religious truth.” (Ibid.)

Here is where I add the third, and slightly humorous, building material. I compare the subjective model of coming to know the truth, based on our emotions and feelings, to building a bridge with wet spaghetti noodles. Our emotions and feelings come and go. They lack long-term strength and do not last, much like spaghetti noodles.  It is possible to build a bridge with them, but it is not a sturdy bridge that we can place much weight on. In the same way, our emotions cannot provide the certainty needed to reach the truth of important conclusions like career choices or vocational decisions.

The third way to build a bridge is with cables. A cable, made up of single wires wrapped together, is an excellent material for supporting a bridge.  It is strong yet flexible. It provides the necessary support, but in a way that a solid iron bar does not.   A decision symbolized by a cable will consist of many conclusions, not all of the same weight, and none, by themselves, sufficient to make a decision.  Yet, together they can provide a certainty that one has reached the right conclusion.

This is the way to the truth that we have failed to teach to young people and it is also the best way that we come to certainty in our most important decisions.  There will never be one sufficient reason why someone should marry one person over another or choose one career as opposed to another.  But there will be dozens. None of them will be strong enough to stand strong by themselves, but together, like a cable, they will provide a certainty that can lead to peace and overcome the fear that is a result of our impoverished modern understanding of truth.