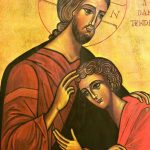 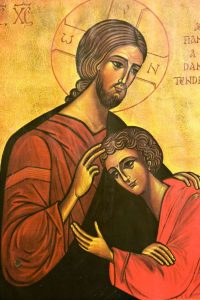 We have just celebrated the Feast of All Saints, the day we honor those who have attained what should be the goal of every Christian:  “To know God, love God, to serve Him, and to be happy with Him forever in heaven.” The saints are now happy with God forever; they learned well how to love and serve Him while in this world. St. John Henry Newman can now be counted among their number.  Serving God well on earth includes understanding and practicing repentance, “ … for all have sinned and fall short of the glory of God” (Romans 3:23). St. John Henry gives valuable insight into Christian repentance, using the parable of the prodigal son to do so.

Most are familiar with this parable of the profligate son who squandered his inheritance, lived with swine, saw the error of his ways, and returned as a servant to his father, who welcomed him back, rejoicing. But St. John Henry shows that this well known tale can be misinterpreted. He writes:

“ … We need not understand the description of the returning prodigal to imply that there is a state of disobedience and subsequent state of conversion definitely marked in the life of Christians generally. It describes the state of all Christians at all times  … fulfilled in one way and measure at the beginning of our Christian course, and in another at the end. So I shall now consider it, viz. as describing the nature of all true repentance.”

Newman explains that there is not just a one-time repentance, when a sinner is “saved” and all is well. On the contrary.

“Repentance is a work carried on at diverse times, and but gradually and with many reverses perfected …It is a work never complete, never entire…  We are ever sinning, we must ever be renewing our sorrow…. The most perfect Christian is to himself but a beginner, a penitent prodigal, who has squandered God’s gifts, and comes to Him to be tried over again, not as a son, but as a hired servant.”

We must remember, teaches Newman, this prodigal  was first a beloved son. This son chose to leave his father at some point in his blessed life. And when he returns home, he does not make any request of his father. He simply desires to come home as a servant.

“Such is that perfect way … which our Lord enjoins in the parable—a surrender. The prodigal son waited not for his father to show signs of placability…. He made up his mind at once to degradation …  [and] perhaps to rejection … and the willingness to bear the heavy yoke of bond-servants, if He should put it upon us.”

St. Josemaría teaches the very same: “Human life is in some way a constant returning to our Father’s house. We return through contrition, through the conversion of heart which means a desire to change….  We return to our Father’s house by means of that sacrament of pardon in which, by confessing our sins, we put on Jesus Christ again and become His brothers, members of God’s family.” (Christ is Passing By)

This understanding of sin and repentance, that of total surrender to God, is anything but “easy grace.” Newman stretches us to see this parable as one for everyone, even those of us who have striven to be good Christians, going frequently to confession. He writes:

“ … The truest kind of repentance … is gained by long practice—it will come at length. The dying Christian will fulfil the part of the returning prodigal more exactly than he ever did in his former years.”

St. John Henry wants us to realize that we are ever the prodigal son, in need of constant surrender throughout our lives, approaching our heavenly Father as a servant. This is something Christians must practice. Newman ends this thought-provoking sermon thus: “Doubtless you must render yourselves to God’s mercy here, or else be forced away before His anger hereafter. ’Today, while it is called today, harden not your hearts.’ [Heb. iii. 7-15.]”

Are you in the habit of regular confession? Do you have a certain time, perhaps the same Saturday of each month, when you go to confession? This regularity of confession is the “practicing” of which Newman speaks. We approach the confessional as prodigal children, surrendering ourselves over and over again. In this time of doctrinal confusion, we must remember to keep our eyes on Christ, to remember that He is the Paschal Lamb, and through HIm and Him alone, are the doors of heaven opened. And then we can hope to be welcomed at last into heaven, to live with Him forever, and from our labors rest with St. John Henry and all the saints.