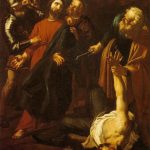 Zeal is one of those words that human wisdom warns us to use carefully these days. It’s close to zealot and extremist, which are considered the root of the many evils plaguing our society. In the runup to this presidential election, extremist is the label almost everyone likes to apply to their opponents. Of course, extreme, fringe, or radical don’t say anything about the beliefs of a person or group. They are ad hominem—attacks on a person rather than an encounter with their arguments, much less the person.

However, the word zeal means passion, enthusiasm, aliveness. If we are honest with ourselves, in whatever side we take in religious or political matters, we should be full of zeal. In his sermon “Christian Zeal,” St. John Henry Newman teaches us that zeal is a signature mark of belonging to Christ and we have much work to do in cultivating and tempering this virtue. 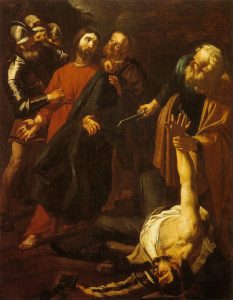 A husband who loves his wife is loyal and faithful to her. A mother who cares for her daughter wants the best for her. Friends are said to do anything for one another—in fact, that’s how we tell who our real friends are. We should have the same zeal, and even more, for our Father in heaven in Whom we live and move and have our being. God Himself is a jealous God Who chastened His people throughout the Old Testament for being unfaithful to Him by chasing after other gods. It’s one of the great ironies and tragedies of our faith that God, Who doesn’t need us, desires us beyond our understanding; and we who need God for every breath often don’t desire Him.

If we want to imitate Christ, we need to be zealous, as His own disciples see the Psalmist’s words applied to Him (“Zeal for Thy house has consumed Me”). In the Book of Revelation, the Lord judges those who are neither hot nor cold, telling them that because they are lukewarm He will ‘spit them out of His mouth.’ Zeal for God is not a personality trait but a virtue of faith and something “equally belonging to the young convert and the matured believer; displayed by Moses at the first, when he slew the Egyptian, and by St. Paul in his last hours, while he was reaching forth his hand for his heavenly crown,” Newman says.

But zeal needs faith to keep it in check because it “is very apt to be self-willed; it takes upon itself to serve God in its own way. This is evident from the very nature of it; for, in its ruder form, it manifests itself in sudden and strong emotions at the sight of presumption or irreverence, proceeding to action almost as a matter of feeling, without having time to inquire which way is best. Thus, when our Lord was seized by the officers, Peter forthwith ‘drew his sword, and struck a servant of the High Priest’s, and smote off his ear.’” Faith helps us act prudently, guiding us in choosing the means (in addition to the end) of our actions.

Newman tells us zeal is a good and necessary co-worker, but a terrible boss. However, when love and faith perfect our zeal, we begin to look like the saints. “Moses ended his life as ‘the meekest of men,’ though he began it with undisciplined Zeal, which led him to a deed of violence.”

Zeal perfected by love and faith doesn’t look like zealotry. It doesn’t look like extremism, while unchecked it certainly does. We should pray for a holy zeal, but not one that lacks the charity we should have for our neighbors. This is undeniably hard. It’s much easier to be aggressively zealous or indifferent and cowardly. In our political and social opinions, it’s easier to either attack our opponents or fall silent. Christ calls us to something entirely different: passionate loyalty to His name, truth and justice, and at the same time prudence in speaking and acting, and trust that He is in control.

May God grant us to grow in these virtues and in the joy of imitating our Lord in each and every way.