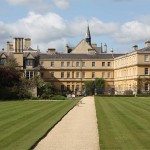 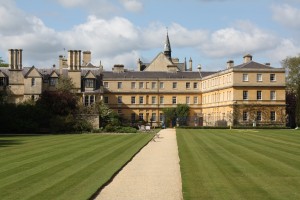 Over the past year we have gone through the first part of Newman’s The Idea of a University. Unfortunately part of this has been lost (from our website). We will continue now with part II of Newman’s book, which gathers other texts about education in literature and science, written between 1854-1858. In John Henry Newman, the Nature of the Mind, Jane Rupert explains Newman’s accurate diagnosis of the closing of the mind in the 19th century due to empirical philosophy and science. As will be noted in a forthcoming book review Rupert shows how the Epicurean philosophy of Locke and Hume restricted knowledge to sense knowledge and the inductive method of reasoning, and thus closed the mind to deductive reasoning from assumed principles, and to the imagination with its significant role in religious belief and literature. Newman argues that the cultivation of the mind requires education in the Liberal Arts. In the Lecture “Christianity and Letters” (The Idea of A University, Part II) he holds that the common principles and views taught as the Arts and transmitted in books called Classics have been the instruments of education and formation of Western Civilization.  He contends that “Homer and Aristotle, with the poets and philosophers who circle round them, were to be the schoolmasters of all generations.” These authors had a very significant effect on the Latin writers, and when Greek was forgotten the tradition of intellectual training of youth was conveyed through Latin. Children’s book bags contained poems of Virgil and Horace as had been the case with the writings of Homer and other Greek authors in an earlier age. This continued through the Middle Ages and Renaissance, and to some degree into the early 20th c. Thus the Seven Liberal Arts shaped our Civilization. The three sciences, which arose in the Middle Ages, Theology, Law and Medicine, were not able to supersede the study of the Arts in the universities. Despite the importance and growth of the useful arts the teaching and government of universities remained in the Faculties of Arts. “The medieval sciences, great as is their dignity and utility, were never intended to supersede that more real and proper cultivation of the mind which is effected by the study of the liberal Arts; and, when certain of these sciences did in fact go out of their province and did attempt to prejudice the traditional course of education, the encroachment was in matter of fact resisted.” Today in the 21st. c. the place of the Seven Liberal Arts is challenged even more by the development and growth of Engineering, Business and other professional schools. People ask: Is there a need or use for the Liberal Arts? Perhaps the reply lies with a look at the illiteracy of high school and college graduates, and their incapacity to distinguish opinion from truth or consensus from error. The cultivation of the mind has been replaced by the Epicurean ethics of self-interest and by the utilitarian character of Empirical philosophy. Philosophers such as Adam Smith have greatly contributed to the closing of the mind with their analysis of the economy limited to the material plane and the rejection of Christian tradition.

Excerpt from “Christianity and Letters” in “The Idea of a University” (www.newmanreader.org)

But it is needless to trace out further the formation of the course of liberal education; it is sufficient to have given some specimens in illustration of it. The studies, which it was found to involve, were four principal ones, Grammar, Rhetoric, Logic, and Mathematics; and the science of Mathematics, again, was divided into four, Geometry, Arithmetic, Astronomy, and Music; making in all seven, which are known by the name of the Seven Liberal Arts. And thus a definite school of intellect was formed, founded on ideas and methods of a distinctive character, and (as we may say) of the highest and truest character, as far as they went, and which gradually associated in one, and assimilated, and took possession of, that multitude of nations which I have considered to represent mankind, and to possess the orbis terrarum.

When we pass from Greece to Rome, we are met with the common remark, that Rome produced little that was original, but borrowed from Greece. It is true; Terence copied from Menander, Virgil from Homer, Hesiod, and {260} Theocritus; and Cicero professed merely to reproduce the philosophy of Greece. But, granting its truth ever so far, I do but take it as a proof of the sort of instinct which has guided the course of Civilization. The world was to have certain intellectual teachers, and no others; Homer and Aristotle, with the poets and philosophers who circle round them, were to be the schoolmasters of all generations, and therefore the Latins, falling into the law on which the world’s education was to be carried on, so added to the classical library as not to reverse or interfere with what had already been determined. And there was the more meaning in this arrangement, when it is considered that Greek was to be forgotten during many centuries, and the tradition of intellectual training to be conveyed through Latin; for thus the world was secured against the consequences of a loss which would have changed the character of its civilization. I think it very remarkable, too, how soon the Latin writers became text-books in the boys’ schools. Even to this day Shakespeare and Milton are not studied in our course of education; but the poems of Virgil and Horace, as those of Homer and the Greek authors in an earlier age, were in schoolboys’ satchels not much more than a hundred years after they were written.

I need not go on to show at length that they have preserved their place in the system of education in the orbis terrarum, and the Greek writers with them or through them, down to this day. The induction of centuries has often been made. Even in the lowest state of learning the tradition was kept up. St. Gregory the Great, whose era, not to say whose influence, is often considered especially unfavourable to the old literature, was himself well versed in it, encouraged purity of Latinity in his court, and is said figuratively by the contemporary {261} historian of his life to have supported the hall of the Apostolic See upon the columns of the Seven Liberal Arts. In the ninth century, when the dark age was close at hand, we still hear of the cultivation, with whatever success (according of course to the opportunities of the times, but I am speaking of the nature of the studies, not of the proficiency of the students), the cultivation of Music, Dialectics, Rhetoric, Grammar, Mathematics, Astronomy, Physics, and Geometry; of the supremacy of Horace in the schools, “and the great Virgil, Sallust, and Statius.” In the thirteenth or following centuries, of “Virgil, Lucian, Statius, Ovid, Livy, Sallust, Cicero, and Quintilian;” and after the revival of literature in the commencement of the modern era, we find St. Carlo Borromeo enjoining the use of works of Cicero, Ovid, Virgil, and Horace [Note 2].