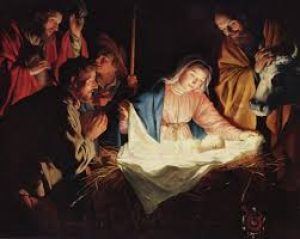 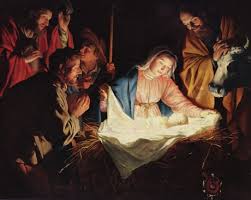 Many Christians think that devotion to Mary is the same as worship given to God, and that devotion to her contradicts Jesus’ mediation with God the Father. Newman grew up, as did many Protestants, with such misunderstandings about Mary, the Mother of God.

When he was in college, however, he began to see Mary’s role as the New Eve, about whom St. Irenaeus wrote in the second century. Mary is the New Eve that unties the knot made by the First Eve.

Based on the Church Fathers, beginning with St. Irenaeus, Newman explained the passage of the Fall of Adam and Eve in Genesis, and the promise of redemption made to Eve:

Newman continues: “The Seed of the woman is the Word Incarnate, and the Woman, whose seed or son He is, is His mother Mary. This interpretation, and the parallelism it involves, seem to me undeniable; but at all events (and this is my point) the parallelism is the doctrine of the Fathers, from the earliest times; and, this being established, we are able, by the position and office of Eve in our fall, to determine the position and office of Mary in our restoration.”

As an Anglican clergyman Newman used Anglican prayers that referred to the assistance of Mary and the saints, but did not directly invoke her or the saints. He gradually changed this practice and when he became Roman Catholic his devotion to Mary grew while always remaining biblical. Mary is the New or Second Eve.

In a beautiful sermon, “The Glories of Mary for the Sake of her Son,” Newman writes that “Mary is exalted for the sake of Jesus. It was fitting that she, as being a creature, though the first of creatures, should have an office of ministration. She, as others, came into the world to do a work, she had a mission to fulfil; her grace and her glory are not for her own sake, but for the sake of her Maker’s; and to her is committed the custody of the Incarnation.”

We thus come to understand that Mary does not usurp the role of Christ as Mediator. She has her own mission: she is the Mother of the Redeemer.

With the help of this great English saint we can teach this truth to our fellow Catholics and Protestant brothers. We can draw a lot from his sermons on Mary and short reflections on the titles given to her. And as Newman we can develop a childlike love for Mary, the Mother of God.