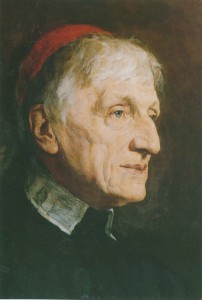 However important bright professors and eager students are for the establishment of a university Newman understood the moral dangers that arise in university life. In Historical Sketches he discussed what he considered necessary for the integrity of a university. He began by stating that the essence of a university is to teach universal knowledge, but that for its integrity it needs to provide students with colleges, ‘a home away from home’ which the Church had done so well for a long time.

In doing so he addressed a dispute on “whether a University should be conducted on the system of Professors, or on the system of Colleges and College Tutors.” By a College “It was taken to mean a place of residence for the University student, who would there find himself under the guidance and instruction of Superiors and Tutors, bound to attend to his personal interests, moral and intellectual.”  The University of Edinburgh advocated a Professorial system whereas Oxford and Cambridge advocated a Tutorial or collegiate system. Newman thought neither was complete by itself: “I admire the Professor, I venerate the College. The Professorial system fulfils the strict idea of a University, and is sufficient for its being, but it is not sufficient for its well-being. Colleges constitute the integrity of a University.”

Professors who establish a school and the students who first go to its classes live in any manner they can and in whatever quarter they can find and in the company of all sorts of men. “A man must either be a saint or an enthusiast to be affected in no degree by the disadvantages of such a mode of living. There are few people whose minds are not unsettled on being thrown out of habits of regularity; few who do not suffer, when withdrawn from the eye of those who know them, or from the scrutiny of public opinion.” Newman argued that if members of a religious community need order and tranquility for their spiritual life men who are not well formed in religious faith have an even greater need. “The excitement of novelty or emulation does not last long; and then the mind is commonly left a prey to its enemies, even when there is no disarrangement of daily life such as I have been describing.” Newman remarked that on his own the professor would be unable to do more for students than deliver lectures, and that matters would not be much different even if the professors and students had adequate living conditions.

Another disorder mentioned by Newman is that of the learned and popular professor who carried away by his ideas teaches heresy. A gifted orator exerts great power of influence by means of his lectures: “The Professor is the science or subject, vitalized and humanized in the student’s presence. He sees him kindle into his subject; he sees reflected and exhibited in him, his manner, and his earnestness, the general power of the science to engage, delight, and absorb a human intelligence. His natural sympathy and admiration attract or impel his tastes and feelings and wishes for the moment into the same currents of feeling, and his mind is naturally and rapidly and insensibly strung and attuned to the strain of truth which is offered to him.”

Newman enumerated a third set of dangers at universities, namely quarrels, disputes and brawls between students from different nationalities. Townspeople and police would naturally respond to these disorders, giving rise to the “town-and-gown rows” of the medieval universities.

With this list of dangers Newman wished to point out that given fallen human nature, a desire for knowledge is not sufficient for the integrity of a university. A university’s integrity requires that its members exercise faith, chastity and love to combat the evil contrary to these virtues: unbelief or heresy, impurity, and enmity. At the risk of simplification Newman put his finger on the primary moral disorders of university life.

The Church provides colleges where “regularity, rule, respect for others, the eye of friends and acquaintances, the absence from temptation, external restraints generally” help the boy who has left his home or the peasant the country and finds himself exposed to the danger of the world and strangers. They need a home within the university. “Small communities must be set up within its precincts, where his better thoughts will find countenance, and his good resolutions support; where his waywardness will be restrained, his heedlessness forewarned, and his prospective deviations anticipated.” There his enthusiasm will be maintained and his progress will be measured. In addition national or provincial feelings and rivalries are given a safe channel through organized groups or smaller societies.

This was not just a theory for Newman, who from his experience as Tutor at Oriel College (Oxford), was convinced of the practical consequences for students of the individual mentoring and supervision provided by a tutor. He also understood the importance of learning from one’s peers within a healthy environment of respect and friendship. Drawing on his experience and from the Catholic Church’s tradition in the formation of the moral and intellectual life of young men he opened a few colleges at the Catholic University of Ireland. These colleges constituted for them ‘a home away from home.’