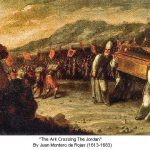 After the Israelites passed through the Red Sea, God instructed them to take 12 stones as a memorial to their miraculous crossing. When future generations asked what was meant by these stones, they were to share the story of God’s saving power so no one would forget Israel’s reliance on God.

All throughout the Old Testament the Israelites are burdened by forgetting and are often forced to repeat the cycle of forgetfulness, sin, punishment, repentance, forgiveness. As Christians we experience greater graces than those under the Old Covenant, yet we have inherited the same forgetful and sinful nature. We fall into our own lazy patterns and come to believe after a particular recovery that we have it all figured out. This is precisely what St. John Henry Newman longed for his listeners (and now us) to understand in his sermon, ‘Contracted Views in Religion.’

Newman sees this lesson in the Parable of the Prodigal Son, not by looking at the younger brother’s depravity, but the older brother’s discontent. In the parable the older brother becomes angry because his younger brother, who has squandered his money and reputation, is received back into the family as if he had never left and even celebrated for returning. The older brother should receive some understanding from us, Newman says, because it seems unfair that the sinful brother should be treated the same as the righteous: “At first sight, the reception of the penitent sinner seems to interfere with the reward of the faithful servant of God.  Just as the promise of pardon is abused by bad men to encourage themselves in sinning on, that grace may abound; so, on the other hand, it is misapprehended by the good, so as to dispirit them…What a temptation is this to unbelief!”

God is aware of this temptation and he reminds his people repeatedly of the reward coming to the righteous, and the punishment awaiting sinners so they do not lose heart in following Him. Newman says God repeats himself “to give us that one fixed point for faith to rest upon, while all around us is changing and disappointing us? viz., that we are quite sure of peace in the end, bad as things may now look, if we do but follow the rule of conscience, avoid sin, and obey God.”

Though understandable, the older brother’s anger is unjust, rooted as it is in fear and distrust of the father. The father reassures him by saying all the father has is his and always has been. This answer “ … sanctions the great truth, which seemed in jeopardy, that it is not the same thing in the end to obey or disobey …” Newman says. It is simple math – the older brother loses nothing by the father’s mercy to the younger brother. 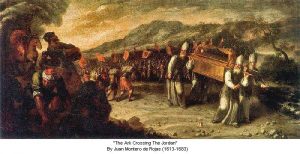 The older brother refuses to accept this calculation because it does not fit into his “contracted” (narrow) understanding of life. How similarly we can act as Christians, according to Newman: “And so in religion, we have need to watch against that narrowness of mind, to which we are tempted by the uniformity and tranquility of God’s providence towards us. We should be on our guard lest we suppose ourselves to have such a clear knowledge of God’s ways, as to rely implicitly on our own notions and feelings.” Possessing the revelation of Christ and almost 2,000 years of Church history and magisterial teaching, we are more knowledgeable than past generations, but perhaps more susceptible to prideful complacency.

Instead of becoming more humble with time, how easy it is to settle more deeply into our own opinions of God, the Church, and how we believe they should be! Christians who fall into this state “ … do not like to be contradicted in their opinions, and are generally most attached to the very points which are most especially of their own devising. They forget that all men are at best but learners in the school of Divine Truth.”  A common contracted view during Newman’s time was the marginal role of the laity in the life of the Church.  Newman challenged this notion, explaining the importance of the laity as witnesses of what Catholic tradition is and thus confirming what is Catholic.  His study of history demonstrated how vital were the laity of the early Church who held firm to the faith despite the defection of many clerical leaders to Arianism.

We should not confuse humility with doubt, as if we cannot be certain of that which God has revealed. At the same time, we should distinguish between faith in dogmatic truths and belief in lesser truths and opinions. Even with the essential truths of our religion, we hold them by faith; but having faith in the Trinity, for example, does not mean we possess this divine mystery as a fact to be memorized. Rather, it possesses us as a wonder to behold.

The memory stones of the Israelites were reminders to them that God was their salvation, lest they forget and believe they had rescued themselves and had no more need of Him. We, too, need this reminder daily. Invoking the intercession of St. John Henry Newman, we pray: Lord, save us from a self-satisfied attitude and give us humility before you, who are too big to fit into categories, too real for our two-dimensional reality, too beautiful and dangerous to contain, but too good to let go of us.