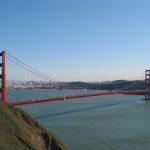 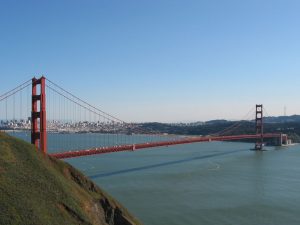 John Henry Newman continues in The Dream of Gerontius with the temptation of the soul by demons.

The angel informs the soul:

“We are now arrived
Close on the judgment‐court; that sullen howl
Is from the demons who assemble there.
It is the middle region, where of old
Satan appeared among the sons of God,
To cast his jibes and scoffs at holy Job.
So now his legions throng the vestibule,
Hungry and wild, to claim their property,
And gather souls for hell. Hist to their cry.”

The demons taunt the human souls:

“Low‐born clods
Of brute earth
They aspire
To become gods,
By a new birth,
And an extra grace,
And a score of merits,
As if aught
Could stand in place
Of the high thought,
And the glance of fire
Of the great spirits,
The powers blest,
The lords by right,
The primal owners,
Of the proud dwelling
And realm of light,—
Dispossess’d,
Aside thrust”

The angel describes the scene:

“It is the restless panting of their being;
Like beasts of prey, who, caged within their bars,
In a deep hideous purring have their life,
And an incessant pacing to and fro.”

After the demons’ scoffs the soul concludes:

“How impotent they are! and yet on earth
They have repute for wondrous power and skill;
And books describe, how that the very face
Of the Evil One, if seen, would have a force
Even to freeze the blood, and choke the life
Of him who saw it.”

The angel next explains their limited power:

“In thy trial‐state
Thou hadst a traitor nestling close at home,
Connatural, who with the powers of hell
Was leagued, and of thy senses kept the keys,
And to that deadliest foe unlock’d thy heart.
And therefore is it, in respect of man,
Those fallen ones show so majestical.
But, when some child of grace, Angel or Saint,
Pure and upright in his integrity
Of nature, meets the demons on their raid,
They scud away as cowards from the fight.”

Still the demons continue their jeering:

“Virtue and vice,
A knave’s pretence,
‘Tis all the same;
Ha! ha!
Dread of hell‐fire,
Of the venomous flame,
A coward’s plea.
Give him his price,
Saint though he be,
Ha! ha!
From shrewd good sense
He’ll slave for hire
Ha! ha!
And does but aspire
To the heaven above
With sordid aim,
And not from love.
Ha! ha!”

The soul is eager to reach the throne of its dear Master, to be judged by that good and holy
Judge. Newman teaches us that demons do not have power over the human soul, but man
must reject their temptations. The soul must repeatedly turn to its Creator and Savior. And we
must aspire to be saints from love of God more than from dread of hell.