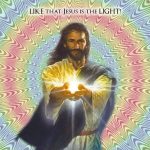 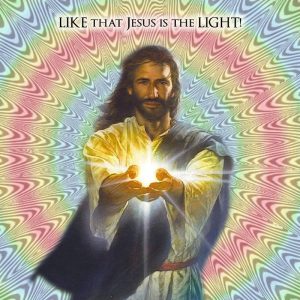 This is the second post in a three-post series on Blessed John Henry Newman’s masterpiece, The Dream of Gerontius. This poem can help us on the Sunday that the Church honors Christ as Universal King showing us what type of king Jesus truly is: just and merciful, unlike many kings. His is an everlasting Love.

As the Universal King, the Church teaches us that Christ, the eternal Son of the Father, will come again in glory to judge all peoples and nations. But before then, at the moment of death, Jesus will judge each soul, and reward or punish accordingly. Newman likens this first judgment  to an anticipation or rehearsal of the universal judgment.

The poem begins with the moment in which Gerontius is dying and then quickly passes on to a conversation of his soul with its guardian angel. This conversation is anticipating the moment of judgment of the soul – which forms the high point of these verses.

Even though Christ is an all-just and all-merciful judge, nevertheless, before this judgment a soul would naturally have fear; however, Gerontius feels a peace which he cannot explain. His guardian angel will tell him the reason why:

Then thou didst fear, that now thou dost not fear,

Thou hast forestall’d the agony, and so

For thee the bitterness of death is past.

Also, because already in thy soul

The judgment is begun.”

At the moment of death, as portrayed in The Dream,  demons can tempt souls to despair and fear. Gerontius gladly accepts the resulting purification by fire:

“His will be done!

I am not worthy e’er to see again

The face of day; far less His countenance,

Who is the very sun.”

Newman presents the judgment of those who die in a state of grace as a blessed encounter with Christ the King. The guardian angel explains to Gerontius:

“One moment; but thou knowest not, my child,

What thou dost ask: that sight of the Most Fair

Will gladden thee, but it will pierce thee too…

“Learn that the flame of the Everlasting Love

At this point for the soul, there is a crescendo of emotion in the poem as five choirs of angels praise Christ the King with the following refrain, later put into music beautifully by Elgar, and is also included almost universally in all Catholic hymnals as a free- standing hymn:

“Praise to the Holiest in the height,

And in the depth be praise:

In all His words most wonderful;

Most sure in all His ways!”

As in the liturgy of the Mass, the angels in the poem extol the just King:

“Glory to Him, who evermore

By truth and justice reigns;

Who tears the soul from out its case,

And burns away its stains!”

Newman offers us reasons to consider Christ as a most loving king and judge:

The sight of Him will kindle in thy heart

Thou wilt be sick with love, and yearn for Him,

And feel as though thou couldst but pity Him,

That one so sweet should e’er have placed Himself

At disadvantage such, as to be used

So vilely by a being so vile as thee.”

Just as both St. Paul and Dante felt inadequate to describe  paradise fully, Newman as well takes us to the throne of heaven, but goes no further. He only imagines the soul of Gerontius after its appearance before Christ the Loving Judge:

Passive and still before the awful Throne.

O happy, suffering soul! for it is safe,

Consumed, yet quicken’d, by the glance of God.”

Thus Newman’s verses and the Solemnity of Christ the King both invite us to praise God with all the angels and saints. We are moved  to love and obey Him in all things, and to consider Him as the most loving and just King who will one day judge each one of us. But is this the image we have of Jesus as our King and Judge, and our loving Savior?