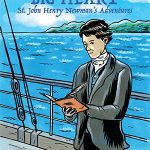 St. John Henry Newman wrote poetry throughout his life, though not continually. Much of his early poetry, written while he was still Anglican, addresses the problems he saw invading the religion of his day. Many of these poems were written on his Mediterranean voyage. “External Religion” was composed during this time, and in theme and content can be seen as a follow-up to his poem, “Liberalism,” in which he gives a strong indictment of the religious liberalism of the early Victorian Period. Countering this liberalism would lead him and others to begin the Oxford Movement. The two poems, “External Religion” and “Liberalism,” could very well be applied to our own time.

The Church, their zeal impress’d

Upon the seasons, as they come,

The image of their guest.

Men’s words and works, their hopes and fears,

Paused, when a Martyr claim’d her tears,

Or Saint inspired her love.

In these first two stanzas, St. John Henry recalls the early Church when disciples and leaders filled with zeal saw God’s providence in all things, including the establishment of the visible Church. This Church grew, built upon saints and martyrs. However, as time passed, human corruption caused damage to the Church. The poem continues:

But craving wealth, and feverish power,

The loss of one excited hour

A sacrifice too hard!

And e’en about the holiest day,

God’s own in every time,

They doubt and search, lest aught should stay

A cataract of crime.

Where shall this cease? must crosiers fall,

Till, cast without His vineyard wall,

The Heaven-sent Heir is slain?

In the last three stanzas, Newman’s depiction of forces hostile to the Church as “feverish” hint at his own near deadly fever which he suffered on this sea voyage. The illness within the Church is a similar affliction that can cause death, but the death of souls. He then observes the lax reverence of even the holiest day, Sunday, a mere one hour for God is too much of a sacrifice! How this rings true in our time, when so many Catholics no longer attend Sunday Mass, apparently ignorant that this constitutes a mortal sin. But what does this have to do with the title of the poem, “External Religion?” We can turn to one of Newman’s sermons for clarification.

“Belief is not enough; we must confess. Nor must we confess with our mouth only; but by word and by deed, by speech and by silence, by doing and by not doing, by walk and conversation, when in company and when alone, in time and in place, when we labour and when we rest, when we lie down and when we rise up, in youth and in age, in life and in death,—and, in like manner, in the world and in Church. Now, to adorn the worship of God our Saviour, to make the beauty of holiness visible, to bring offerings to the Sanctuary, to be curious in architecture, and reverent in ceremonies,—all this external religion is a sort of profession and confession; it is nothing but what is natural, nothing but what is consistent, in those who are cultivating the life  of religion within . . . “ (303-04).

As one popular evangelist has put it, “If you were put on trial for the crime of being a Christian, would there be enough evidence to convict you?” Let our external religion be enough to convict those around us, that Jesus is Lord and Savior. Jesus, the heir to the Kingdom, was cast out. We must rise from our slumber to meet Him, and worship Him as the King He is. For we, as in the last line in this poem, do not want to be cast out of the vineyard on that last day, but join those saints and martyrs in heaven who helped establish the early church.