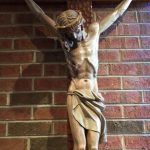 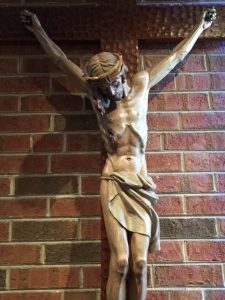 In the season of Lent the Church invites us more insistently to look within ourselves, to seek the Lord while He may be found and to turn to Him. It is the call to conversion and new life in Christ.

In his novel Vanity Fair, the gifted Victorian novelist, William Makepeace Thackeray, narrates the lives of two young women: Amelia, a good yet naïve person, and Becky, a selfish and deceitful orphan. The story takes the reader through the thoughts, desires and actions of such selfish, vain and unforgiving persons, and a host of human vices such as gambling, womanizing and seduction. Thackeray also gives us an insight into people’s twisted intentions and habits; for example, Becky is described as a vain and seductive woman who is an unsurpassed liar.

Thackeray and Newman admired each other but had never met in person. The former had attended some of Newman’s lectures and was familiar with Newman’s life. Newman must have recognized Thackeray’s keen sense of man’s psychology and fallen condition. Thackeray respected Newman’s honesty, fortitude and religious faith. Both men grasped the depth of human sinfulness, and masterfully described the inner desires and thoughts of such persons. Thackery was, however, a religious skeptic, who rebelled against the strict religious upbringing of his Protestant mother, and his admiration for Newman was always accompanied by skepticism of Newman’s devotion.

It is no surprise that Thackeray was considered a pessimist by his contemporary, Charles Dickens, whom Thackeray considered a talented writer, albeit a sentimentalist. In return, Dickens’ judgment of  Thackeray as a pessimist is understandable because, as a skeptic, Thackeray could not see beyond human weakness and error. Thackeray does not know of the workings of grace and conversion. Newman would explain in the Tamworth Lectures and in his Idea of a University that without grace man cannot hope to overcome his flaws and failures. In the above lectures he said: “Quarry the granite rock with razors, or moor the vessel with a thread of silk, then may you hope with such keen and delicate instruments as human knowledge and human reason to contend against those giants, the passion and the pride of man.”

More fundamentally, in these writings Newman explained that nature does not give a sufficient account of man and his struggles. Without grace, man is unable to understand his fallen condition and the way to fight his disordered passions. Instead, he erroneously considers that it is a question of having a more “neutral education,” making scientific discoveries, or having more resources.

Just as Thackeray’s novel took a mistaken view of man, Dickens’ novels bore another mistaken view. He painted men and women as all good or all evil. Most of his characters lack realism; they are idealized figures or personifications of evil. Newman would have appreciated more Thackeray’s characters with their common human failings and underlying passion for power, wealth and pleasure, but Newman understood that God seeks men out and leads them to conversion, and afterwards He grants them abundant graces for the necessary struggle against sin.

A modern-day saint, Josemaría Escrivá, urges us on to Christian combat, and advises us: rather than be surprised by our base motives, temptations, and falls, to instead be contrite and decide to fight with determination. This advice is reminiscent of one of Newman’s frequent maxims: warfare (spiritual combat) is the condition for victory.

Unlike Thackeray and Dickens, the Anglican clergyman and later Roman Catholic priest Newman appreciated the power of spiritual grace transmitted in the sacraments of Reconciliation and the Holy Eucharist. As we approach Holy Week and Easter, we should take, like Newman, a realistic view of our fallen human nature and the need for God’s grace. We should decide to respond to Christ’s invitation to repentance and new life.