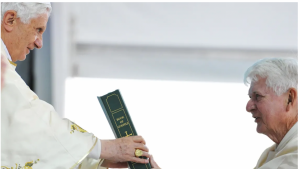 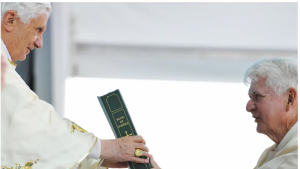 Today, I join my voice with the rest of the Catholic Church, fellow Christians, communities of faith, and persons of goodwill who honour Pope Emeritus Benedict XVI for his long, faithful life of integrity, proclamation of, and witness to, the saving truth of the Gospel in service our Lord Jesus Christ. In my brief time, I wish to unravel a few fibres of a single thread in the fabric of Benedict’s life:  that is, the influence of St. John Henry Cardinal Newman upon his understanding of conscience. Without prejudice to the dignity of their offices or titles, I refer to them by their Christian names to emphasize what John Newman called, “the bond of connection between persons.”

Josef first encountered the thought of John Henry during his philosophical study at the Seminary in Freising (1945-1947) under the tutelage of his prefect, Alfred Läpple, a future Newman specialist and, subsequently, during his theological studies at the University of Munich (commencing in 1947) under the theologian, Gottlieb Söhngen.  While he listed other great minds to whom he was indebted at this formative period, no one is mentioned like John Henry who Josef said is “always present to us.” So, Josef imbibed John Henry’s doctrine of conscience at an early stage of his formation.

John Henry speaks of conscience as the practical judgment of the human being to do good and avoid evil in response to the natural law which is, in St. Thomas’ words, “an impression of the Divine Light in us”.  He teaches that conscience is co-extensive with our very self and its operation engages our experience, education, virtue-formation, imagination, and affectivity in the coming to moral judgment. Famously, John Henry calls conscience “the aboriginal Vicar of Christ.” While conflicts may arise between conscience and the magisterium, he sees them as complementary organs of divine truth. So, John Henry characterizes the Catholic Church as “set up by Divine Mercy, as a present, visible antagonist, and the only possible antagonist, to sight and sense” because we “easily can we be talked out of our clearest views of duty!” so that “this or that moral precept crumble[s] into nothing when we rudely handle it!” especially when “the fear of sin pass[es] off from us” and “the glow of modesty dies away from the countenance!”

Josef’s appropriation of John Henry’ doctrine of conscience occurred at a grave moment when he, like many of his generation, struggled to make sense of the horror of Shoah, the depravity of the Third Reich, and the failure of too many Germans to act uprightly.

For us at that time, Newman’s teaching on conscience became an important foundation

. . . Our image of the human being as well as our image of the Church was permeated by this point of departure.  We had experienced the claim of a totalitarian party, which understood itself as the fulfilment of history and which negated the conscience of the individual. [Herman Göring] had said: ‘I have no conscience.  My conscience is Adolf Hitler’.  The appalling devastation of humanity that followed was before our eyes.  So, it was liberating and essential for us to know that the ‘we’ of the Church does not rest on a cancellation of conscience, but that, exactly the opposite, it can only develop from conscience.  Precisely because Newman interpreted the existence of the human being from conscience, that is, from the relationship between God and the soul, it was clear that this personalism is not individualism, and that being bound by conscience does not mean being free to make random choices – the exact opposite is the case.

In this passage, Josef’s emphasis upon the personal bond which conscience forms between God and the soul echoes the words of Callista in his John Henry’s novel of the same name:

“Well,” she said, “I feel that God within my heart. I feel myself in His presence. He says to me, ‘Do this: don’t do that.’ You may tell me that this dictate is a mere law of my nature, as is to joy or to grieve. I cannot understand this. No, it is the echo of a person speaking to me.

. . . You will say, Who is He? Has He ever told you anything about Himself? Alas! no! – the more’s the pity! But I will not give up what I have, because I have not more. An echo implies a voice; a voice a speaker. That speaker I love and I fear.”

Throughout his life, Josef spoke out against the secular Enlightenment view that the Christian religion is not the carrier and communicator of a saving, revealed truth, but a mere mythological sourcebook to be interpreted within the limits of reason alone, and the corollary that conscience can no longer be understood as an organ detecting the voice of God. This was a keynote in Josef’s now famous, preconclave homily of 2005.

We are building a dictatorship of relativism that does not recognize anything as definitive and whose ultimate goal consists solely of one’s own ego and desires . . . . We, however, have a different goal: the Son of God, the true man. He is the measure of true humanism. An “adult” faith is not a faith that follows the trends of fashion and the latest novelty; a mature adult faith is deeply rooted in friendship with Christ. It is this friendship that opens us up to all that is good and gives us a criterion by which to distinguish the true from the false, and deceit from truth.

Considered against their similar views of secularization, Josef’s reception of John Henry on conscience comes to the fore.  Like John Henry, he emphasizes the objective nature of that truth to which conscience testifies in a world that often reduces truth to the exercise of naked power.  He contends that conscience as a truth-detecting, personal organ summons man before God’s tribunal, even while he stipulates that the Church as the servant of revelation has the authority, obligation, and competency to expound upon this self-same truth detected by conscience. As Josef says,

[f]or Newman, conscience does not mean that it is the subject that has the final word vis-à-vis the claims made by authority in a world devoid of truth, a world that lives on the basis of a compromise between the claims made by the subject and the claims of societal order.  Rather conscience signifies the perceptible and commanding presence of the voice of truth in the subject itself.  Conscience means the abolition of mere subjectivity when man’s intimate sphere is touched by the truth that comes from God.

When Josef travelled to Birmingham to beatify John Henry on 19 September 2010, he made an exception to his own dictate that popes canonize, and local bishops beatify.  This liturgical action marked not only the Church’s acknowledgment of John Henry’s sanctity, but also celebrated the reception of John Henry by Josef Ratzinger, the person, priest, theologian, and pope. From a formative age, John Henry had mentored and accompanied Josef especially by enlightening him about conscience and how that teaching touches the dignity of the person, the mission of the Church, the reconciliation of freedom and authority, and friendship with Christ. It was a happy day for the Church when Alfred (Läpple) introduced John Henry to his friend, Josef. The seed fell upon good ground.

The author, Dr. Donald Graham, is a systematic and pastoral theologian at St. Augustine’s Seminary in Toronto, Canada.  His doctoral dissertation on Newman, the Holy Spirit and the Church was directed by the late, great, Newman scholar, Fr. Ian Ker.  He has adapted this reflection from his article, “Ratzinger’s Reception of Newman on Conscience: Memory, History, Creation and Christ,” Communio 47 (Winter 2020): 791-831. 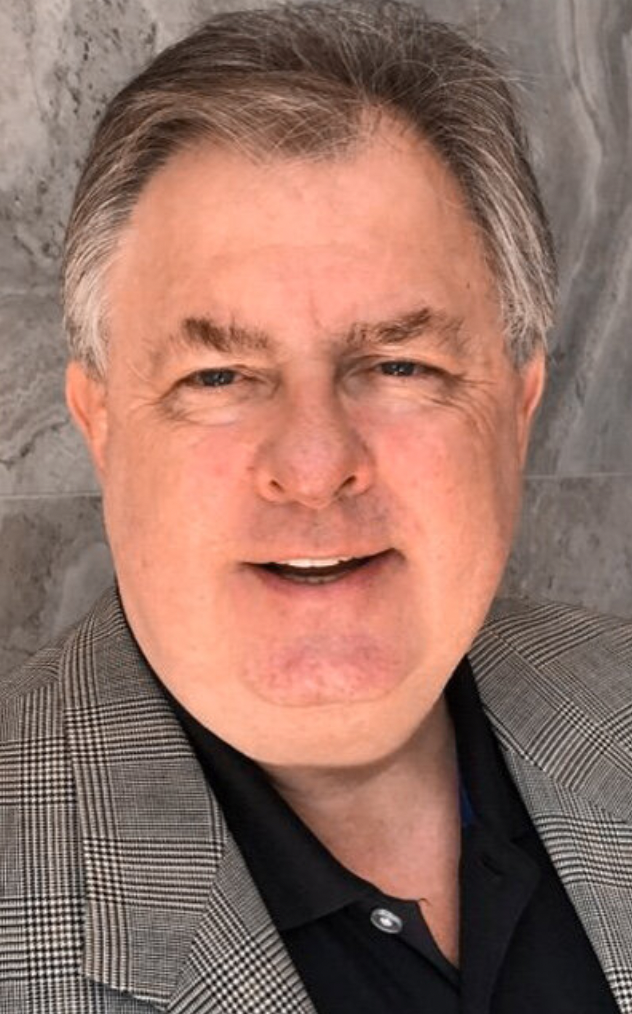