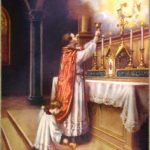 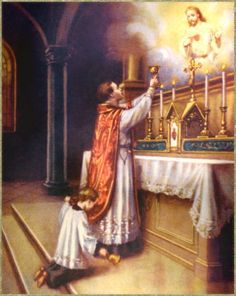 Have you prayed for the in this Season of Allhallowtide? This season consists of three days: All Saints’ Eve, All Saints’ Day and All Souls’ Day. November 2 is All Souls’ Day, or the Commemoration of All the Faithful Departed, the souls of Christians who have died. It follows All Saints’ Day, which follows All Hallows’ Eve.  In the Catholic Church, “the faithful” refers specifically to the baptized; “all souls” commemorates the church penitent, those souls in Purgatory – whereas “all saints” commemorates the church triumphant, those saints in Heaven. Those of us still on earth, the church militant, are given this important work of mercy to pray for “the poor souls,” since after death, the soul cannot pray for itself, and especially as there are many souls who have no one to pray for them.

Blessed John Henry Newman wrote an uplifting poem about this beautiful doctrine of purgatory, which teaches as it delights. By the name itself, The Golden Prison, Newman lets us know his feelings about purgatory as something of great worth.  The poem, composed during Newman’s years at the Oratory, was written to be a hymn. As is the case with his other hymn-poems, the meaning is straightforward and the meter regular. The hymn meter for this poem is 8.6.8.6, referred to as common meter. The numbers refer to the syllables in the lines: the first line has eight, the second six, and so on. Many well-known hymn tunes are written for common meter. One tune in particular that matches this hymn-poem well is “Martyrdom” by Hugh Wilson (link below)

WEEP not for me, when I am gone,

Nor spend thy faithful breath

In grieving o’er the spot or hour

Nor waste in idle praise thy love

On deeds of head or hand,

Which live within the living Book,

Or else are writ in sand;

But let it be thy best of prayers,

That I may find the grace

To reach the holy house of toll,

To reach that golden palace bright,

Waiting their certain call to Heaven,

With Angels at their side;

Where hate, nor pride, nor fear torments

But in the willing agony

He plunges, and is blest.

And as the fainting patriarch gain’d

And then refresh’d pursued his path,

Where up the mount it lay,

So pray, that, rescued from the storm

I may lie down, then rise again,

In this poem, Newman reminds us that purgatory is to be a temporary place, where souls bear “willing agony” in order to be cleansed and purified before ascending to heaven. It is a place not to be feared but to be desired, and all the while, our guardian angel will be by our side.  Newman composed this verse as a Catholic, having resolved the difficulties he saw in the Roman Catholic teaching. Purgatory, he came to believe, involves a necessary purification; it is a “holy house of toll,” but he compares it to “a golden palace bright.” As he would write in his famous poem The Dream of Gerontius: “the fire that purifies transforms the soul: the flame of the Everlasting Love Doth burn ere it transform …” The soul obtains forgiveness for the temporal faults forgiven in the sacrament of Confession but not fully expiated before death.

For this reason,  Newman requests in the first line that he not be wept for after he dies. Because of this, The Golden Prison was read at his anniversary masses, before he was declared blessed.  The lines of this poem were as though Blessed Newman himself was leaving instructions on how he wished to be prayed for. Now, instead, we can request his prayers. Blessed John Henry Newman, pray for us!

Beyond the triduum of Allhallowtide – throughout the month of November- the Church invites us to pray for the deceased. Let us offer Masses for them, in addition to many small sacrifices for all the faithful departed who even now are being purged in that saving fire.