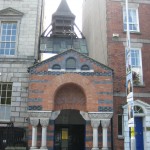 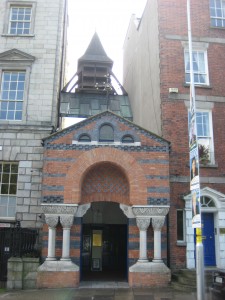 In a fitting manner, Newman turns his attention to the history of a Catholic university in Ireland. He traces a history of many attempts, primarily by bishops and clergy, since the beginning of the 14th century. Until that time thousands of students had studied the Trivium and Quadrivium at the School of Armagh, but a university with a charter conferring degrees had not been established. There were many reasons for starting such a university such as the growing national character of universities, facilitating the education of scholars and the expense and danger of traveling abroad.

In 1311 or 1312 John Lech, Archbishop of Dublin obtained a papal brief from Pope Clement V for the establishment of the university but the archbishop died the following year. The project was revived by his successor Archbishop Alexdander de Bicknor who drafted statutes, and appointed as two Dominicans and a Franciscan as its first doctors but without funds again the project did not go forward.

Newman comments: “It was the age of national schools, of colleges and endowments; and, though the civil power appeared willing to take its part in endowments in furtherance of the new undertaking, it did not go much further than to enrich it now and then with a stray lectureship, and wealthy prelates or nobles were not forthcoming in that age, capable of conceiving and executing works in the spirit of Ximenes two centuries afterwards in Spain.”

Despite the absence of such a figure, there were other attempts by the clergy and crown to further the cause. In 1358 Irish clergy and scholars obtained from Edward III the endowment of a lectureship in theology, and issued letters ensuring special protection and safe-conduct to English and Irish going, residing or returning to the university. A few years later, Lionel, Duke of Clarence, founded a preachership and lectureship in the Cathedral which was to be held by an Augustinian.

Another attempt on behalf of a University was made in 1465 when the Irish Parliament erected a University at Drogheda and endowed it with privileges but for want of funds it seems not to have gone ahead.

Newman continues the sketch of this history mentioning a supplication by Dominican and other friars to Pope Pius IV shortly after said Parliament. In their appeal they “represent that in Ireland there is no University to which Masters, Doctors of Law, and Scholars may resort; that it is necessary to go to England at a great expense and peril; and consequently they ask for leave to erect a University in the metropolitan city.” The Pope granted their request yet the university did not get off the ground.

In 1496, another Archbishop of Dublin continued the effort of starting a university. In a provincial synod, Walter Fitzsimon, Archbishop of Dublin, agreed that for an annual contribution to be levied for seven years in order to provide salaries for the Lecturers. Again, however, the efforts did not prosper.

Newman concludes this short historical narrative almost five centuries later asserting that the time had finally arrived for a Catholic University in Ireland.

“Times are changed since these attempts were made; and, while the causes no longer exist which operated in their failure, the object towards which they were directed has attained a moment, both in itself and in its various bearings, which could never have been predicted in the fourteenth or the sixteenth century. Ireland is no longer the conquered possession of a foreign king; it is, as in the primitive times, the centre of a great Catholic movement and of a world-wide missionary enterprise. Nor does the Holy See simply lend an ear to the project of others: it originates the undertaking.”

Again an Archbishop of Dublin would be involved. This time it was Archbishop Paul Cullen, who asked Newman on behalf of the Irish bishops to establish the university. Fr. Newman, an exceptional intellectual was an able founder and rector (1854-1858) of the Catholic University of Ireland but after many disagreements with the Irish bishops he resigned his position and returned to the Birmingham Oratory in England. For various reasons including the lack of sufficient number of students and financial difficulties the university floundered. It was eventually absorbed by the National University of Ireland founded in 1909.

This was the sad ending of a promising university for a Catholic nation that had produced so many Catholic saints, missionaries and scholars. Some of the lessons to be learned were ones for which Newman had fought: the need to allow and encourage laymen to run the university, and the importance of working with leading Catholic laymen, and welcoming foreign professors.