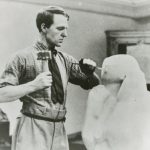 The sense that contemporary education must be reformed is pervasive. But reform is often misconstrued as unfettered change. John Henry Newman shows us, in his first Discourse, titled “Introductory,” in The Idea of a University, that true educational reform means paying close attention to what forms students. The word educare itself means “to draw out of,” and reform means to re-shape, restoring to an original likeness or quality. Thus, education is like the art of sculpting, seeing the true shape of a sculpture beneath the inert marble, and bringing it to life by chipping pieces away. Education is an art reflective of the needs of particular places, times, and peoples, aimed at leading them to the fullest truth of their existence, the fulfillment of human potential. Newman lays out, in section 3 of Discourse 1, a simple assertion, albeit with much explanation to clear up confusion and rebuttal: sound philosophy of education is based in “common sense.” In other words, the principles dictating excellent education are sensible, discernable, and accessible to human reason in a natural state–they are common to humanity by virtue of reason, or the natural law. Newman says these principles arise “almost from the nature of the case.”

While the Holy Spirit’s divine revelation through the Scriptures and the Church guides the faithful into all truth (John 16:13), the concept of a University, the pursuit of knowledge with excellence, and the meaning of education are not foreign to those outside the Church’s fold. Newman says he will base his arguments “simply on the grounds of human reason and wisdom,” using the best methods, practices, and theories found in the human sphere to piece together something uniquely Catholic. Therefore, Newman wants an “abstract” starting point, without direct appeal to history or Divine Revelation. These will come into play; however, Newman wants to start with the principle that, in a certain sense, excellent education is a fundamental good accessible to reason and natural virtue: to” common sense.”

In contrast to opposition he has experienced, he wants to show the practicality of his methods and aims. He clarifies that he is concerned with questions “ … not simply of immutable truth, but of practice and expedience.” The complexity of starting a University, however religious it might be, has no abstract solution, but must be engaged based on the necessities of place, time, and peoples. He even says that “the system of what is called secular Education may, in a particular place or time, be the least of evils.” For instance, Newman cites the early years of the Church, when Catholic children attended “heathen schools for the acquisition of secular accomplishments.” This is not at all to mitigate in any way the lofty ideal of a fully Christianized society or University, but is merely to assert, with historical warrant, that Catholics must make the best of the time and available resources. Good educators must know the particular texture of the culture and peoples they aim to educate.

So, Newman’s central point remains: “ … the principles on which I would conduct the inquiry are attainable by the mere experience of life … they are dictated even by human prudence and wisdom, though a divine illumination be absent, and they are recognized by common sense.” This assertion should refresh and comfort us, not disturb us, because it confirms an essential and too-neglected fact: good education is based in principles not primarily derived from wealthy bureaucracy, professional degrees, or powerful rhetoric. Good education is a highly familial, local, and particular phenomenon. Sound human formation—intellectual and otherwise—implies principles that are open to everybody, and are not determined by top-down governmental, bureaucratic, or administrative authorities, as important as these authorities might be for administering and securing the space, time, and possibility for education to occur. Principles of a sound Liberal Education, in Newman’s thought, may be held by anybody, Protestant, Catholic, or otherwise. However, as we will see in the next post, Newman admits that the  fullest assistance to human endeavors, such as that of excellence in education, derive from the grace of Divine Revelation. Through the Holy Scriptures and the teaching Magisterium of the Church, it is ultimately the Holy Spirit who guides us into all truth, miraculously keeping St. Peter’s barque from error as she traverses down the floods of time (John 16:13).