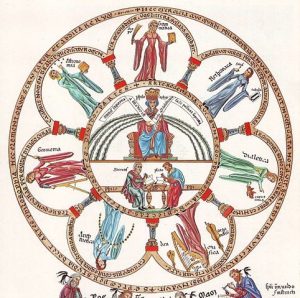 In Discourse 2, Newman claims that a university that lacks theology is not fully itself, but like a dough that, aspiring to be bread, lacks yeast. It is missing a key ingredient essential to making it what it should be. This key ingredient–theology–must be rooted in the notion that God is different from nature, while also accessible to natural reasoning. While the truth of the Supreme Being is a discipline proper to natural theology, this does not mean that the truths of theology are merely subjective measurements and private interpretations. Rather, theology deals with the supreme truth and real object of God, who is Creator, not creature. Theology is the most objective of all the disciplines.

If theology is not an objective discipline of the highest order, it is not at all theology. Newman thinks subjectivizing theology lowers God to human criteria, as if “the divine sovereignty [were a] sort of constitutional monarchy, in which the Throne … cannot issue the most ordinary command except through legal forms and precedents, and with the counter-signature of a minister.” If God requires human measure and authority to be true, “… then belief in a God is no more than an acknowledgment of existing, sensible powers and phenomena, which none but an idiot can deny.” In other words, if theology is merely a confirmation of the facts of nature ascertainable by other scientific disciplines, then theology itself is not a distinct discipline, and ceases to exist. If theology is a science in the same sense and with the same objects as other disciplines, then Newman confesses there “ …[would be] no specific science about God, [and] theology is but a name.” Theology would be a mere muddle of empty words.

This sentimentalization of theology starts in a seemingly benign place, in contemplating how “the universe ‘leads onwards to divine truth.”’ But failing to begin by considering the radical difference between the natural and the divine is to treat “divine truth [as] not something separate from Nature, but [as] Nature with a divine glow upon it.” This then would collapse knowledge of God into knowledge of Nature, and conflate the Creator with the created. To Newman, there is no difference between “ … avowing that there is no God, and implying that nothing definite can for certain be known about him.” In the same way that skepticism and agnosticism are merely early stages of atheism, Newman says that “ … Religious Education treated as the cultivation of sentiment” is really no different from treating “Religious Belief as the accidental hue or posture of the mind.” To teach that faith and religion as matters of sentiment or preference—as if the Divine is merely a “glow” upon our accidental subjective experience of life and nature—is, according to Newman, fundamentally no different than rejecting faith and religion.

It is a general truth that, when man becomes the measure of all things, the gap left by God is filled with what 19th century German nihilist philosopher Friedrich Nietzsche called the “will to power.” Man becomes the measure of man. The university becomes an ideological tool of those in power. Schools become idea-factories, teachers become mechanists, students become cogs. Learning becomes a farcical puppet-show of the presently prevailing bureaucracy. Freedom to explore truth is derided and dismissed. Lest we fall into this bleak spiritual and cultural death at the hands of well-meaning but severely misguided educationalists, Newman insists: God is the King of all things, and reason is an obedient intellectual response to His truth. And theology, the science of discerning God’s truth, is, in the classical phrase, the “Queen of the sciences.” It is this fact that can give us hope to learn about, support, and strengthen authentically Catholic intellectual education.