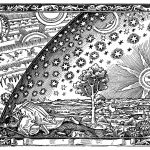 In today’s college curriculum, the phrase “theology” already sounds out-dated in favor of “religious studies,” a much more vague discipline that is really more of a historical or anthropological approach to the phenomenon of belief. Sadly, even at religious universities, theology is not a scientific inquiry into what can be known about God, but begins with an irrational assumption: that all religious belief is the product of psychological projection or sociological dependency.

However, John Henry Newman’s series of discourses in Idea of a University is preoccupied with theology as a science in a robust sense, very different from the approach common today. This is not just because Newman was a Christian, or a priest, or a Catholic–Newman’s articulation of the importance of theology in education was formed by his adherence to intellectual principles, guided by faith. Newman says that without theology holding pride of place in a curriculum, all other branches of learning, like tree branches without a trunk, wither and die. All intellectual disciplines–theological and natural–are part of a whole, just as God and Man, through creation and the Incarnation, exist together as a whole. This is not pantheism, which says that God is the same thing as his creation, but is Catholicism, which says that God and man exist in a union of love begun, sustained, and finished by Jesus Christ.

Newman says that “truth is the object of knowledge,” and defines truth as “facts and their relations.” He emphasizes that truth is singular, although the disciplines and methods of deriving knowledge are multiple and diverse. So, the thing that we all seek in whatever we learn–truth–is a single whole. Newman says, “All that exists, as contemplated by the human mind, forms one large system or complex fact” which “resolves itself into an indefinite number of particular facts” including “countless relations of every kind.” This presents to the inquiring mind “one integral subject for contemplation,” facts and relations, which “possess a correlative character one with another.” Newman says that this integral whole of truth extends all the way from the “internal mysteries of the Divine Essence down to our own sensations and consciousness … from the most glorious seraph down to the vilest and most noxious of reptiles.” All things, Creator and created, visible and invisible, are connected. This is not pantheistic jargon, but is simply an acknowledgment of the interconnected whole of all reality. To learn about the creation is to learn something about the Creator; to learn about the Creator is to learn something about his creation. Knowing one thing leads to other things, since knowledge is about not just facts, but also their relation to other facts.

Newman takes the study of human beings as an example. In man is summed up, mysteriously, all possible disciplines, since a human is a composite of matter and spirit, body and soul. To study man is to study both the visible and the invisible, and studying man must take into account both his relation to God and creation, spirit and matter. Then, Newman sums up his argument: “all knowledge forms one whole, because its subject-matter is one; for the universe in its length and breadth is so intimately knit together, that we cannot separate off portion from portion, and operation from operation, except by a mental abstraction.” Therefore, to pass over any part of this whole would be, in Newman’s terms, “unreal.” It would be at best an abstraction, at worst a false view of reality. And, to ignore theology, Newman argues, is to shut one’s eyes to truth itself, and by that fact makes one prejudiced to ignore the truth of other disciplines, knowledge of every kind, whether “physical, metaphysical, historical, or moral.” To make religious truth a matter of private judgment is to make all truth a matter of private judgment. If one can simply decide, on his own standards, what is true about God, why can’t he decide what is true about any other part of reality? To ignore theology as a science with objective demands on the mind of the inquirer is to live in an unreality, just as ignoring the principles of anthropology, or physics, or biology, is to live in an unreality. Theology is the foundation and the glue without which all other disciplines of knowledge fall into obscurity, confusion, and unreality.

What can be done when, as one might intuit, we already live amongst such obscurity, confusion, and unreality? We must challenge–with much prayer and discernment–what Pope Emeritus Benedict XVI calls the “dictatorship of relativism” by putting the burden of proof on those who claim to approach theology as merely a projection of one’s mind or culture. Find gentle ways to inquire into what principles inform the basis of another’s thought, such as, “and what principles, what reasons, what data, inform the judgements and assumptions being made about religious perspectives and informing non-religious belief?” Model intellectual excellence by asking good questions and expecting excellent answers, and never being satisfied with mediocre half-truths. Don’t be satisfied when one dismisses religious truths as lacking any objective grounding. Demand that they dig deeper (gently) by asking why. This does not require a college degree, only a patient willingness to ask and to learn alongside someone.

Our response need not be reactive, nor defensive, nor one of fear, but should be a reasonable, charitable, and balanced inquiry that expects and demands high intellectual excellence on both sides–with love. Look to Christ, in the Gospels, say John 8, for a model of how to engage. Christ knew and practiced, perfectly, the power of direct denouncement, the power of questions, the power of parables, and the power of silence, all in their measure. With Christ as our model, and Newman his servant as our modern guide, we ourselves can learn our faith where we are lacking, and learn to defend it with truth and love–even those of us who, like the Apostles, are not formally educated, but nonetheless may be made fisher’s of men by the Master!