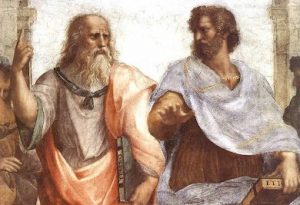 As St. John Henry Newman came of age at the beginning of the long 19th century, the effects of utilitarian philosophy, arising from John Locke and championed especially by Jeremy Bentham (1748-1832), were already being heavily felt. In contrast Newman thought that the true, healthy fruit of learning is a “Liberal Education,” or a “philosophic habit of mind,” or “cultivation of intellect,” and contrasts it sharply with “Utility,” or useful learning.

A sound education gives students a “habit of mind” to prepare them not just for the real world of society, but more fundamentally for the real world God has created. Knowledge, through various scientific disciplines, brings one into understanding of creation, something entirely necessary for living in it as a human being. Knowledge must be “free” and be its own “end” in order to stay true to the nature of our high calling to know the Creator and His works. Since God is the the supreme knower of all things, and we are made in his likeness to know Him, know ourselves, and know His Creation, it is a very good thing that we seek perfection of our knowledge, of our intellectual abilities.

“Liberal education,” or an education in which knowledge is “free,” not determined by usefulness, Newman also calls acquiring a “philosophic habit of mind.” Fully forming one’s intellect is to have understood the basic structure of reality, to have “mapped out the Universe.” Not everyone is a philosopher, but Newman thinks everyone should cultivate a “philosophic habit of mind,” by which he means about the same thing as we do today when we talking about the importance of learning “to think.” Those who strive for true intellectual freedom cultivate the habit of always glimpsing the whole picture in the midst of life’s practical demands and challenges. To not acquire this awareness of “the relative disposition of things,” how each part of reality and experience fits into the whole, is to remain in “the state of slaves or children.” The ambition or boast of “philosophy,” the measure of the mature, cultivated, free mind, is an “acquired illumination … a habit, a personal possession, and an inward endowment.” It is to become fully formed in that which defines the image of God which we bear: our intellect.

Newman says that “Knowledge” is called “Science or Philosophy” once it is “acted upon, informed, or … impregnated by Reason.” Reason, a human mind activated by Knowledge, a mind applying its reason to knowable matter, is the principle of that intrinsic fecundity of knowledge.” To the mind thus engaged there is no need to look “abroad for any end to rest upon external to itself.” The glory of fully maturing and using our God-given Reason is its own reward, much like athletes enjoying the simple fact of physical exercise.

Distinguishing the “Liberal” from the “Useful,” Newman says the latter is not “inferior,” but is “distinct.” While things belong to both these categories in their measure, education belongs to the “liberal” because the fruit it bears is both enjoyable and useful, not strictly useful. Academic disciplines, from the arts to history to math and sciences, which are devoted to the accumulation of knowledge in their fields, can become distorted, narrowed, and incomplete if isolated only to useful application. If chemists were only concerned with making their work useful and marketable, there would never be time for free exploration of new chemical knowledge, new discoveries in the field that might change our awareness of chemistry in general, and eventually in turn would yield better applications.

Newman thinks the same thing not only applies to all disciplines, but more fundamentally to the human mind. The process of learning requires free exploration, not anxious demand for output or use. Many complain of the demands of common life, and the difficulty of finding time for leisurely pursuits. Newman wants to liberate us from these demands under the conviction that sacrificing time and resources to pursue knowledge is good just because it is good. We serve a God who is gratuitous, who gives goodness simply because it is good, and we His creatures may choose to rest in that same goodness: knowledge of Him and His wondrous creation.

In a memorable phrase, St. Augustine writes, “men go about to wonder at the heights of mountains, and the mighty waves of the sea, and the wide sweep of rivers, and the circuit of the ocean, and the revolution of the stars, but themselves they consider not.” Do we stop to consider ourselves, the wonder of our God-given minds, hearts, and souls? Do we cultivate our minds, and try to see things as they are relative to God’s purpose and creation? Doing so more often would make us stop and reflect in gratitude for the miracle of our own souls, our own ability to know and grow in knowledge, not only of the natural world, but of God’s grace and the Eternal Life he shares with us.