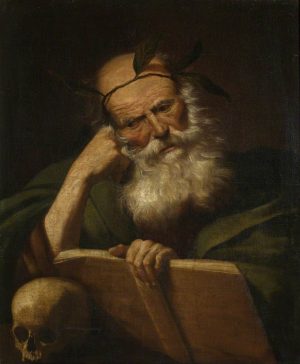 A recent book called Faith and Reason: Philosophers explain their turn to Catholicism collects stories of contemporary philosophers who found compelling reasons to convert to the Catholic faith. Dissatisfied by the prevailing atheism in the academies, and often left adrift with unworkable Protestant, evangelical, or Calvinistic ideas, these philosophers found faith through reason, through a diligent and rigorous pursuit of truth. These stories are an important reminder that Catholics should promote, defend, and support the flourishing of what Newman calls, in Discourse 6, “intellectual perfection” through “intellectual culture.”

Newman describes the inner process of learning; that is, how one becomes a good student in search of truth. Like traveling to a new, foreign, less cultivated land with a “different nature,” or viewing the stars through a telescope, or finding new animal species, Newman thinks “enlargement of mind,” synonymous with what he has called “intellectual culture” or a “philosophic habit of mind,” brings about a fresh vantage point, a new, more totalizing point of view. Gaining new insights in history or biology is like embarking into previously untrammeled wildernesses or exploring formerly unknown civilizations. The traveler must become acquainted with the landscape, culture, idioms, peoples, histories and traditions of a new place. Just so, the intellectual inquirer, to persevere and succeed, needs a cosmopolitan spirit, an open mind to something new and beyond his or her land of origin. There is a “sense of expansion and elevation—an intoxication in reality… an illumination.”

Learning is not inert or static, but changes our awareness of everything else that those new facts stand in relation to. He compares the experience to forming new religious opinions. For example, a convert to religion develops a totally new view of everything. He is a “different being” from what he was. This analogy illustrates Newman’s classic personalist point: gaining new knowledge transforms us, changes our whole being and actions, not just our reason.

And so by these illustrations Newman contrasts mere acquisition with what he calls “enlargement or enlightenment” of the mind. Expansion of the mind involves not only passive reception of new senses and information, but more deeply “the mind’s energetic and simultaneous action upon and towards and among those new ideas, which are rushing upon it….” This is an action with “formative power, reducing to order and meaning the matter of our acquirements; it is making the objects of our knowledge subjectively our own….” It is a “digestion” that relates fact to fact, increasing awareness of reality, and results in “enlargement or enlightenment” of mind.

In other words, gaining knowledge is not a mere process of addition. It is not, as our world seems to think, merely piling up bits of mental information, or uncritically accepting a prevailing opinion. It is “locomotion, the movement onwards, of that mental centre …” that all our learning gravitates toward and throbs outward from. The truly “great intellect … is one which takes a connected view of old and new, past and present, far and near….” Enlargement or expansion of mind is truly termed “philosophy,” which is not an abstract but a personal knowledge, manifest in the activity of the greatest minds that have been transformed by knowledge.

One may be well-read and well-informed but still be narrow-minded and not have experienced this transformation. Newman thinks this is not true knowledge. It may look like knowledge but it is artificial, puffed up, and does not deserve the name “culture of mind” or “Liberal Education.” The falsely knowledgeable are men who “generalize nothing” and have no “observation,” while they might have seen a great deal of the world. They are simply “talking,” not “discussing” or “teaching or instructing.” They abound in curious and entertaining details without the influence of “clear or settled principles.” All things to them are mere disconnected phenomena, “complete in themselves” and leading to “nothing.” They might travel the world, hold numerous degrees, be sought after, but still have an impoverished vision of the whole. They see “the tapestry of human life” on the wrong side; for them it tells no “story,” has no meaningful thread or “drift or relation,” no “history” or “promise.”

But a truly mature—not merely knowledgeable—mind will always be open to the full totality of reality. The true learner is docile, humble and grateful, never puffed up or self-satisfied by his past accomplishments. He submits himself to the constant and transformative process of growth that intellectual perfection requires. This is not merely moralizing, but is the precondition of any real knowledge. This kind of mind “makes everything in some sort lead to everything else; it would communicate the image of the whole to every separate portion, till the whole becomes in imagination like a spirit, everywhere pervading and penetrating its component parts, and giving them one definite meaning.”

In other words, someone with a liberal mind, with perfection of intellect, is always prepared to engage his or her reason, no matter how trying the occasion. Not having merely learned by rote, or become a fact-machine, or acquired disconnected and inert parcels of data, the true intellectual is personally transformed by what he knows, has achieved …

the clear, calm, accurate vision and comprehension of all things, as far as the finite mind can embrace them, each in its place, and with its own characteristics upon it… almost prophetic from its knowledge of history; almost heart-searching from its knowledge of human nature, it has almost supernatural charity from its freedom from littleness and prejudice; it has almost the repose of faith, because nothing can startle it… it has almost the beauty and harmony of heavenly contemplation, so intimate is it with the eternal order of things and the music of the spheres.

The true Catholic intellectual is in harmony with God and the Created order in knowing rightly. His subjectivity is rightly ordered, fully formed, mature, alive to truth. This kind of personal formation of mind is not only an essential aspiration for the Catholic, but it is also hard to imagine the flourishing of authentic Catholicism without it. The Gospel is corrupted if we do not remember that it addresses our minds and makes intellectual demands of us. The transformation of our being in Christ is a result of full and sincere belief; it is our duty and our joy to seek understanding by faith, and to perfect our intellectual grasp of truth as far as we are able. More practically, we should be careful to guard, defend, promote and support—financially if we can, and always by prayer—good Catholic schools that combine the best of intellectual training with the fullness of the Catholic faith.