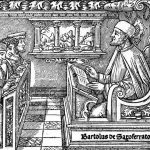 Why does Newman think, in Discourse 5 of Idea of a University, that “Knowledge is its own end?” Shouldn’t knowledge serve some practical use? Starting with the idea that all knowledge is an exploration of God’s created reality, Newman argues that a University can only be an authentic and unified “seat of universal learning,” and can only grant its students a truly “liberal habit of mind,” true intellectual and moral freedom, if it is free from practical, worldly demands. This discourse is often read by students in classical liberal arts curricula because, in addition to this positive construction of a truly liberal—a truly free—education, it also makes a robust defense against what is opposed to that freedom: an intellectual toxin that Newman noticed growing in his own time, and is now pervasive in our own: “Utility.”

In critiquing “Utility” in education, Newman’s primary concern is for the well-being of the “student.” He opens Discourse 5 by stating that he is shifting his focus from “studies” to the “students,” and thinks the University is responsible for giving students a “habit of mind” that can bring them into greater touch with the real world God has created. Whereas this is a healthy and “Liberal” (free) education, “Utility” is an unhealthy education that becomes not about the student, but about using the student and his knowledge for practical ends. While determining the practical use of education is not itself bad, Newman is concerned that the good of the student will be neglected if practicality becomes the main ambition of education, not knowledge for its own sake.

Newman wants his students to learn so as to come into closer touch with reality. Indeed, many educators stress preparing students for “the real world.” But in Newman’s mind, this “real world” is not the current market demand for jobs, or the shifting whims of politicians and rulers, or the constraints of material needs. Rather, reality is what God has made, and knowledge, through various scientific disciplines, brings one to understanding of that creation. All the “branches of knowledge are connected together, because the subject-matter of knowledge is intimately united in itself, as being the acts and works of the Creator.” At a university, knowledge must be “free” to be its own “end” in order to stay true to this high calling. If knowledge is only put into the service of material demands and human will, it is no longer free, but enslaved.

It is not bad for students to think about how their education might factor into a future job. However, for Newman, turning education into only about getting a job reduces learning to an enslaving factory-line of bureaucratic job requirements. Rather, education is all about the real formation of real students in light of real truth. What he calls “utility,” related to the philosophies of utilitarianism and pragmatism, and which today might be called “practicality” or “usefulness,” suggests that education is only valuable if it is practically useful. But this begs the question: who has the authority to determine its use? The teacher, the government, the parents, a deity? Newman is more interested in providing fundamental first principles for education that allow it to inspire and renew living intelligence from generation to generation: that education exists for the sake of students, not for the sake of market demands, economic pressures, or political parties. And in order to be for the sake of students, education must put students in contact with a rich community of minds pursuing wisdom and knowledge, based on the conviction that all knowledge is connected as an exploration of the Creator’s reality.

Many of today’s educators operate explicitly out of what Newman opposed: “Utility.” And many more, who are perhaps uninformed, fall into its trap. John Dewey is perhaps the most famous 20th century American educational philosopher who advocated for a Utilitarian education, aimed at preparing the pupil for the “real world.” This is common language today, and seems laudable at first. But the “real world” here means the shifting sands of human configurations, not the fundamental categories of reality. This translates into measuring educational value based on preparation for a job, or a lifestyle, or a certain social scenario, like democracy. This is not in and of itself a bad thing, but Newman’s vision for a truly liberal—a truly free—education could not be more at odds. Some sectors of society must be devoted to Utility, but not the University, for reasons that will become clear in subsequent posts on Discourse 5. If Dewey’s principles are accepted, then education must always be shifting and changing based on the shifting and changing whims of economy, politics, and culture.

It is, sadly, true that we live in a world prone to instability and unpredictability, due in part to the modern era’s widespread rejection of religious, moral, and metaphysical reality. However, it is unjust and harmful to then assume that we must expose our children to an unstable and unpredictable education, which is fundamentally the end result of Dewey’s utilitarianism. Newman and his invaluable Discourse 5 provide much substance, help, and hope for providing our children with a stable, healthy, and positive formation in the midst of our chaotic world. Do we have clear eyes to see the difference of learning based on Utility from learning for the sake of knowledge?