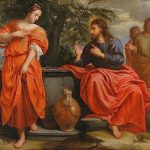 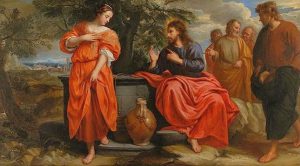 adducees heard the disciples proclaim the Gospel boldly, knowing they were “uneducated, common men, they wondered; and recognized that they had been with Jesus.” Have you ever been around someone whose very presence instructs you? That much more did the Son of God mature his disciples on earth, and whose Spirit continues to do so for every believer.

God himself is our teacher, and he uses our experience to teach us. In his sermon, “Inward Witness to the Truth of the Gospel,” Blessed John Cardinal Henry Newman shows us how one comes to the knowledge of truth. We heard in Part 1 how we must approach the truth with ears to listen and eyes to see. This is the first condition of witnessing truth. In this second part we learn why truth finds those who open themselves to it.

Blessed Newman explains that listening to the truth of God’s Word actually conditions us to understand and take it in: “…those who are trained carefully according to the precepts of Scripture, gain an elevation, a delicacy, refinement, and sanctity of mind, which is most necessary for judging fairly of the truth of Scripture.” Now, we tend to think that adherents of religion are poor judges of the truth of their own religion; after all, they want to believe it is true. Wouldn’t a nonbeliever be a more impartial judge of Scripture? Newman says that actually it is the nonbeliever whose opinion is not to be trusted, because it is against his interest to believe. Since Scripture expressly convicts sinners and bids them repent, it is actually in the interest of the hearer to reject its message as false. Assenting to its truth would require conversion from the sin our tainted hearts love. Newman says many people do not plainly reject Scripture, but do so indirectly:

“They try to persuade themselves that Christ will save them, though they continue in sin; or they wish to believe that future punishment will not last for ever; or they conceive that their good deeds or habits, few and miserable as they are at best, will make up for the sins of which they are too conscious.”

Having been conditioned to receive the uncomfortable truth of Scripture, the one who listens and obeys it gains knowledge of himself – which is the first step in knowing God, Newman explains. As one tries to follow the commandments his own heart reveals to him that he falls short of perfection, that every day he turns away from God and serves his own selfish desires. Moreover, he sees that mere effort can never bridge the gap between himself and the holiness of God and that he needs someone to save him. Here the Word of God convicts his conscience and then comforts him with the message that Christ is his Savior. In hearing this, Newman says he will see the truth like the Samaritan woman whom Jesus met at the well, for she says that Jesus knew her heart and told her everything she ever did.

God wants every man and woman to find the truth, and so he makes it plain:

“God is not a hard master to require belief, without affording grounds for believing; only follow your own sense of right, and you will gain…a conviction of the truth and …you will bear witness to the truth of one doctrine, by your own past experience of yourselves; of another, by seeing that it is suited to your necessity; of a third, by finding it fulfilled upon your obeying it.”

This inward witness to truth is our surest sense of belief in this age of skepticism, Newman says (and how much more so in our time). If and only if the truth is “lodged in our hearts” will it be enough to combat every doubt and doubter. Those who do not have an inner conviction of the truth grounded in action, but simply take it on trust of what others say, have no root in themselves and will likely fall away, Blessed Newman says.

We come to truth by way of approaching it with humility, and then listening to and obeying God, who teaches us about himself through knowledge of ourselves. If we humble ourselves, we will receive this great gift of belief and the confidence that accompanies it.