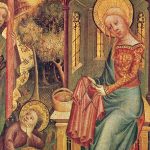 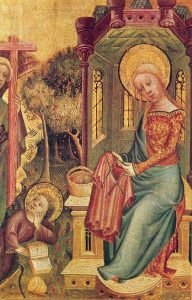 Holy men and women of the Church have in common a love of the Scriptures, and so they tunnel into its depths and find many treasures.  Blessed Newman displays these riches for us in his meditation on the profound unity of God.

Oneness is very near God’s heart, for it is present in himself, “Jesus is the only Son of the only Father—as it is said in the Creed, “I believe in one God, the Father Almighty,” and then “and in Jesus Christ, His only Son our Lord.”  Our one Father and his one Son share life itself, for Jesus himself says, “As the Father hath life in Himself, so He hath given to the Son also to have life in Himself” (John v. 26).

God shares this unity in himself with all of reality, and he has woven it into the world he created.  Newman writes, “Thus Almighty God has set up all things in unity.”  And quoting St. Paul says that God has set up this unity especially in his Church, for “There is one body and one Spirit—as ye are called in one hope of your calling. One Lord, one faith, one baptism, One God and Father of all” (Eph. iv. 4-6).  God is not indifferent to our being one in his body, rather “It is His wise and gracious will that His followers should not follow their own way, and form many bodies, but one,” Newman says.

In a striking allusion, Newman shows us that God not only testifies to this profound unity of his Church in the words of Scripture and in the words of his Son, but even in the very ordinary reality of Jesus’ humanity: “This was the meaning of the mystery of His garment at the time of His crucifixion, which “was without seam, woven from the top throughout” (John xix. 23). And therefore was it that the soldiers were not allowed to break His sacred limbs, for like the Jewish Easter Lamb not a bone of Him was to be broken.”  Christ’s words, his robe, and his whole life are a seamless testimony and model of the very unity he desires for us, not only with himself, but with one another.

To our Lord’s prayer that we might be one, Newman joins his prayer “for the unity of the Church and the reconciliation and peace of all Christians.  O Lord Jesus Christ…look down in pity on the manifold divisions among those who profess Thy faith, and heal the many wounds which the pride of man and the craft of Satan have inflicted upon Thy people. Break down the walls of separation which divide one party and denomination of Christians from another. Look with compassion on the souls who have been born in one or other of these various communions which not Thou, but man hath made. Set free the prisoners from these unauthorised forms of worship, and bring them all into that one communion which thou didst set up in the beginning, the One Holy Catholic and Apostolic Church.

In reflecting on Blessed Newman’s words, let us ask ourselves if we have done all we can to become one with our brothers and sisters.  Do we pray for this unity, asking God for his grace to heal division?  Do we go out of our way to listen and learn from others with whom we may disagree?  Like the God the Father, do we seek and search to welcome others into the light of the Holy Catholic Church?  Like his only Son, are we willing to suffer and sacrifice for the love of our separated brothers and sisters?