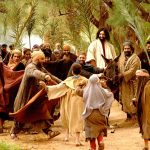 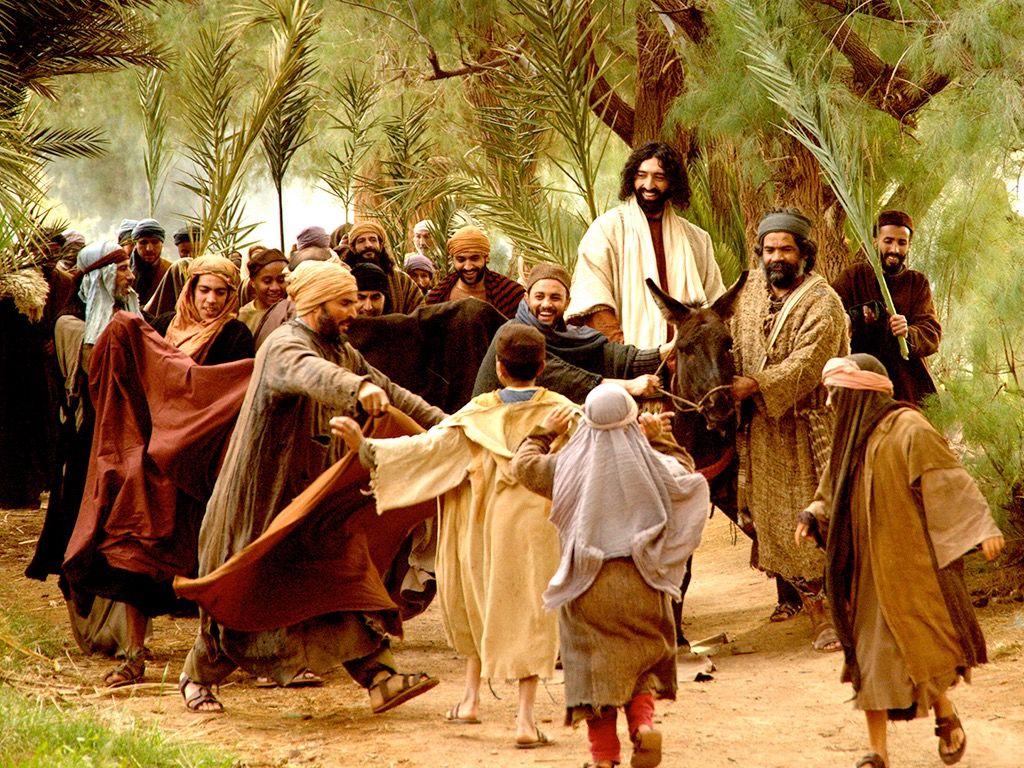 Christians throughout the world on Palm Sunday  participate in the reading of the Passion; this year, Cycle C, is from the Gospel of St. Luke. This is a moving tradition in which we, the congregation, proclaim, “Crucify Him! Crucify Him!” No matter how many times we may have done this, each time those words bring sorrow and perhaps tears, with the realization of our own sinful nature and of how the world lives as though Christ does not exist.  We return home and look about us at this glorious world which He has created for us, and we try to make sense of how it is that so many lack eyes of faith.

In his sermon “The Cross of Christ the Measure of the World,” St. John Henry Newman observes, “A great number of men live and die without reflecting at all upon the state of things in which they find themselves. They take things as they come, and follow their inclinations as far as they have the opportunity. They are guided mainly by pleasure and pain, not by reason, principle, or conscience; and they do not attempt to interpret this world, to determine what it means, or to reduce what they see and feel to system.”

In other words, many people have no idea how to interpret the world or what their purpose in it might be. Furthermore, some never even think about the topic at all. How do we consider these people among whom we live and work, who seem to have no interest at all in Our Crucified Lord? Those multitudes who enjoy successful lives, without thinking of what their lives mean “sub specie aeternitatis”  that is, from the standpoint of eternity. And then there are others who are openly hostile to belief in Christ. Reflecting on this in “Jesus the Author and Finisher of Faith” one of his “Twelve  Meditations and Intercessions for Good Friday,”  Newman invites us to pray:

In Newman’s time and more so in the current age, agnosticism and atheism have increased. Newman refuted the errors of those who held such positions, but with understanding and respect for those who acted in good conscience or had doubts of faith.

In his Oxford sermons, the future saint explained that faith is an act of reason, but reason enlightened by grace. This act of reason is thus supernatural, that is, it goes beyond the power of reason alone. And it requires the right disposition, namely the humility or openness to believe. He taught that faith in God is perfected by love because it inclines us to see reality as it is, rather than in the way distorted by our ego.

In the same meditation for Good Friday, Newman continues with a prayer:  “O Lord, we urge Thee by Thy own dear words, ‘Lord and Father, forgive them, for they know not what they do.’ Teach them now, open their eyes here, before the future comes; give them faith in what they must see hereafter, if they will not believe in it here. Give them full and saving faith here; destroy their dreadful delusions, and give them to drink of that living water, which whoso hath shall not thirst again.”

This is a powerful aid St. John Henry has suggested to us when we are tempted to sadness over family members or colleagues or neighbors who have so little interest in the author and creator of the universe. We can say this prayer, “Father, forgive them, for they know not what they do.” And then we can strive through Him to be that salt and light which might help to open their eyes, so that they too one day will claim Him as their own. Bolstered by the sacraments, we can be Christ Passing By, never letting our sorrow rob us of the cheerfulness that marks us as Christ’s own.