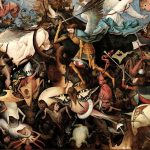 In our last reflection, we admitted that while we have several sources to consult as we attempt to listen to our Lord, they all require interpretation. The Holy Scriptures are a primary means of communication from God, but applying them to our lives can be difficult, especially Old Testament passages that speak to us from a different place and time. When we apply the Scriptures to our lives, we should consult the Church’s teaching, our spiritual director or mentor, and wise brothers and sisters. That said, we have to apply our judgment, and when we do so, we should seek to hear what the Lord is saying to us and avoid simplicity while remaining simple. Simplicity consists in trying to make concepts easy while leaving out important nuances; but being simple consists in facing difficulties, doubts, and contingencies for what they are and wrestling with them. 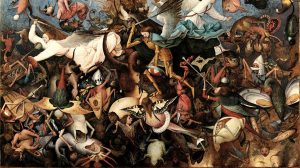 St. John Henry Newman was simple in his approach to the Scriptures. He took the Scriptures seriously, even when they were difficult to understand. For example, he read the Psalmist’s words in regard to hating his enemies, and he did not dismiss them as antiquated. In fact, he called on his listeners to consider the endurance of Psalms in particular, despite the complicated and often harsh feelings we find in them: “And such, in fact, has ever been the temper of the Christian Church; in evidence of which I need but appeal to the impressive fact that the Jewish Psalter has been the standard book of Christian devotion from the first down to this day. I wish we thought more of this circumstance. Can anyone doubt that, supposing that blessed manual of faith and love had never been in use among us, great numbers of the present generation would have clamoured against it as unsuitable to express Christian [sic] feelings, as deficient in charity and kindness?”

In the Psalmist’s harsh words, Newman recognized zeal for God and hatred for sin. But he knew this could not contradict Jesus’ command to love our enemies. Here is how he wrestled with this challenge: “Of course it is absolutely sinful to have any private enmities. Not the bitterest personal assaults upon us should induce us to retaliate. We must do good for evil, ‘love those who hate, bless those who curse us, and pray for those who despitefully use us.’ It is only when it is impossible at once to be kind to them, and give glory to God, that we may cease to act kindly towards them. When David speaks of hating God’s enemies, it was under circumstances when keeping friends with them would have been a desertion of the Truth . . . But no personal feeling must intrude itself in any case.”

However, even when Christians are called to hate God’s enemies as David was called to do, it is also our duty to show them mercy when they are in need. Newman says, “ . . . it is quite compatible with the most earnest zeal, to offer kind offices to God’s enemies when in distress.” Jesus Himself says that God rains on the just and unjust, and neither belief, attitude, or behavior of His enemies prevents God, or should prevent us, from caring for them in their need.

When we must confront these enemies, as the Psalmist did, we must do so with the intention of saving them. “And, further, the Christian keeps aloof from sinners in order to do them good. He does so in the truest and most enlarged charity. It is a narrow and weak feeling to please a man here, and to endanger his soul. A true friend is he who speaks out, and, when a man sins, shows him that he is displeased at the sin.” These are hard words for us to accept, and perhaps harder to apply. We have so many examples these days of judgmental Christians, believers who are more concerned with telling others how little they think of them, that we can be hesitant to step into the role of judge. Here, other Scriptures can give us perspective. In Matthew’s Gospel, Jesus tells his disciples to take the log out of their own eyes before they tell their brother about the speck in his eye. The good judge shares his care for his neighbor in seeking to restore him to God’s grace, but he doesn’t do so until he examines himself and his motives first.

The motive of the lover of God is clear: “Accordingly, the more zealous a Christian is, therefore is he the more charitable.” There is nothing contradictory about these two sentiments, which find their unity in God and the saints. “Joseph could speak strangely to his brethren, and treat them as spies, put one of them in prison, and demand another from Canaan, while he hardly refrained himself in doing so, and his bowels yearned over them; and by turns he punished them, and wept for them. Oh, that there was in us this high temper of mingled austerity and love! Barely do we conceive of severity by itself, and of kindness by itself; but who unites them? We think we cannot be kind without ceasing to be severe.”

A student of the Scriptures often finds himself at odds with his culture and his nature. It is good and necessary to wrestle with difficult passages and strange sentiments, which challenge us to listen closely to our Lord. The Jewish people regularly confronted the prevailing culture at the time, so that Newman says of them, “It required an exceeding moral courage in the Jews to enable them to go straight forward, seduced neither by their feelings nor their reason.”

God requires at least the same courage from us, who have the Holy Spirit dwelling within us. That same Spirit will empower us as He did the apostles and all the saints who have said, “Lord, your will be done, if you but do it within me.”