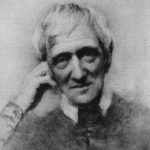 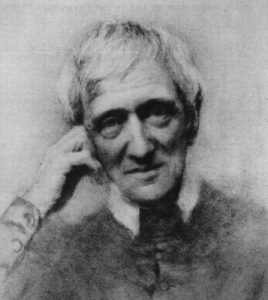 G.K. Chesterton, in the opening of his essay “Why I Am a Catholic,” says the question “Why are you Catholic?” is difficult because “there are ten thousand reasons all amounting to one reason: that Catholicism is true.”[1] In our age, this is all the more difficult because people demand immediate answers and direct explanations one minute, but forget them the next. The unity of the Catholic faith is difficult to communicate for this reason; therefore, communicating the reasons for one’s conversion to it, through all the twists and turns of time, emotions, and rationale, is all the more difficult. It means apprehending something as a whole that, while its parts may be in some ways explained, in its entirety eludes full comprehensibility and expression in words. Chesterton describes this phenomenon from an intellectual point of view; John Henry Newman’s famous account of his conversion to Catholicism, Apologia Pro Vita Sua, describes the same phenomenon from the perspective of the will:

“All the logic in the world would not have made me move faster towards Rome than I did; as well might you say that I have arrived at the end of my journey, because I see the village church before me, as venture to assert that the miles, over which my soul had to pass before it got to Rome, could be annihilated, even though I had been in possession of some far clearer view than I then had, that Rome was my ultimate destination. Great acts take time.”[2]

Newman’s metaphor for acts of the will is that of a journey—at each point along the way, there is a limited kind of knowledge that is made complete at the destination. There is a territory that must be trod, which cannot be hurried or isolated from the larger trek, and on which one must tread cautiously, constantly discerning the way and the goal. This is, of course, the perpetual journey of all men who are called to communion with Christ. But I became more and more aware of Rome as my destination around 2011, when I met Newman through his poetry.He proved a reliable travel companion.

I was raised an evangelical Protestant, and was taught by my loving family to love Christ, love others, be devoted to Scripture, and to study theology. I also developed a keen love for poetry, especially that of T.S. Eliot, Dante, Hopkins, John Donne, George Herbert, and John Milton. I slowly discovered that all of my favorite poets were either Catholic or Anglicans (ignoring Milton’s sectarianism). While attending a Protestant Bible college, and studying poetry, I came across Newman’s Dream of Gerontius. Looking back, I can see that this first pricked my heart in a Catholic direction. I was moved and inspired by what I did not know at the time were depictions of Catholic dogma: the intercession of saints, Last Rites and Extreme Unction, purgatory, man’s cooperation with Christ’s grace for salvation, penance, and on and on. I was particularly struck by the structure of heaven, which the soul of Gerontius passes through on his way to God after his death: it was a palace made up of choirs of angels. The very architecture of heaven was praise, and the end and goal was an individual soul’s union with God, his marriage to God. I had never felt so moved by the idea that each soul is destined to eternal communion with the Father in such a real way.

Over the course of the next five years, as my heart and mind were stirred by Catholic teaching, Catholic friends, and Catholic churches, I felt the need to, as Newman did, bring my will into alignment with my emotions and my intellect—to act. My wife and I were Anglican for three years, during which time I was encouraged to study for Anglican Holy Orders (the Anglican Church permits non-celibate clergy). While in seminary, I saw Newman’s name on a bookstall, and remembered how moved I had been by his poem in college. I had also heard his name in connection with his (?)Anglican conversion to Catholicism, which I knew deep down would be my path as well some day. I picked up the book, and found myself reading An Essay on the Development of Christian Doctrine, which depicts all aspects of the Catholic Church and her teachings as containing their seed and vital growth from Christ, to the Apostles, through the Church Fathers and Medieval doctors, and to the present day. With Newman, I saw clearly that the Catholic Church is indeed the same Church that Jesus Christ instituted over 2,000 years ago, and that I, as an Anglican, was a part of a schismatic sect that, while retaining much of the grace of God mediated to us by the Scriptures, the commandments, ecclesial forms and worship, ultimately owed these things to the Catholic Church made manifest under the See of St. Peter.

Reading Newman was like watching dominos fall toward Rome—the further I read, the less and less I could help not being Catholic. I read the Grammar of Assent, which helped explain my own experience of assenting to Catholic dogma; I read his novels, poems, and sermons, which warmed my heart to Catholic truths, as well as the person of Blessed John Henry Newman. I read the Idea of a University, which showed me the Catholic roots of the university and education, as well as the fundamental primacy of theology behind all academic and epistemological enterprise. And, of course, I read the Apologia Pro Vita Sua, which deepened my love for Newman and gratitude for all the graces held out by God through the Catholic Church. By my second reading of Newman’s Apologia, I realized that I could no longer in good conscience take vows to Anglican holy orders, and that I had to convert to Catholicism. Glory be to God, around this same time my wife was ready to convert with me, but that is a different story.

“Great acts take time.” Reading Newman was and is like being accompanied by a good friend along a journey, a testimony to his probable canonization. His books brought out of me what I already, somewhere deep down, knew. They induced a “real assent” of my mind, heart, and will to the truth of the One, Holy, Catholic and Apostolic Church as the body and bride of Christ awaiting the full communion of the Resurrection. While there are many other dimensions to my conversion, Newman’s companionship remains vital. Reading Newman was like getting to know a friend, a friend with whom I was gradually knit together with, in the bond of charity with all the saints. Through Newman, I discovered that it is friendship with the saints, with holy men and women, that opens one to the grace of God. And what is this grace to which we are called, and which we gradually open ourselves to through holy friendships? It is the highest form of friendship we can imagine: union with God, incorporation into his Son. Newman is most apt in describing this:

“The heart is commonly reached, not through the reason, but through the imagination, by means of direct impressions, by the testimony of facts and events, by history, by description. Persons influence us, voices melt us, looks subdue us, deeds inflame us. Many a man will live and die upon a dogma: no man will be a martyr for a conclusion. A conclusion is but an opinion; it is not a thing which is.”[3]

Newman’s insight illustrates the practicality of the communion of the saints, and to the Divine end toward which Christians strive. Holy people buoy us up and goad us on, and the three Holy Persons of the Blessed Trinity is our goal. The grace God offers us is the gift of his very Self, his very Person; or, as Newman puts it in his hymn “Praise to the Holiest:” “God’s Presence and his very Self / And Essence all divine.” Saintly friendships incline us to this grace because, in a blessed host of saints and angels, the love of God that is “poured into our hearts through the holiest Spirit” (cf. Rom. 5:5) is the common bond that unites those friendships. John Henry Newman was a gift to me in his own self, and because he introduced me to other holy persons, to a whole new landscape of possibilities in my journey toward life everlasting.