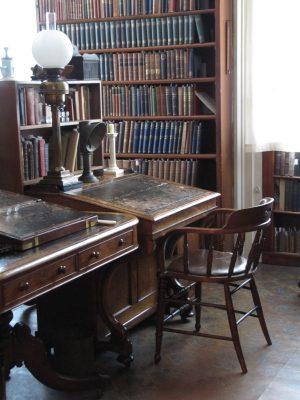 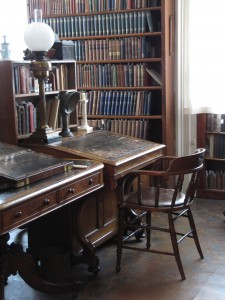 What is literature and why should we read the Classics? In our technological and scientific world that has reduced thinking to the practical and empirical sciences literature is often ignored or dismissed as a source of knowledge. In the 19th century John Henry Newman made a strong case in favor of the study of literature.

Newman was a deep thinker and thus an accomplished writer. The description of a classic author that he once offered in a lecture to the School of Philosophy and Letters describes him well: “A great author, Gentlemen, is not one who merely has a copia verborum, whether in prose or verse, and can, as it were, turn on at his will any number of splendid phrases and swelling sentences; but he is one who has something to say and knows how to say it.” Newman had a lot to say; he had read and thought much about history, theology and education.

In this lecture Newman explains in what Letters or Literature consists, and rebuts the arguments of critics: 1) that fine writing is a matter of conceits and verbosity, 2) that as a proof the Classics do not bear translating, and 3) that Holy Scripture, instead, does easily admit of translation despite its beauty and simplicity.

“I shall maintain that the classics are, as human compositions, simple and majestic and natural too. I grant that Scripture is concerned with things, but I will not grant that classical literature is simply concerned with words. I grant that human literature is often elaborate, but I will maintain that elaborate composition is not unknown to the writers of Scripture. I grant that human literature cannot easily be translated out of the particular language to which it belongs; but it is not at all the rule that Scripture can easily be translated either …”

He contends that writing is essentially a personal work, not something that results from production or a natural process. It is not a mere vehicle of things or symbols as is the case with mathematics. “Literature is the personal use or exercise of language.” And this is proved from the fact each author writes differently, and the genius masters language for his purpose: “while the many use language as they find it, the man of genius uses it indeed, but subjects it withal to his own purposes, and moulds it according to his own peculiarities. The throng and succession of ideas, thoughts, feelings, imaginations, aspirations, which pass within him, the abstractions, the juxtapositions, the comparisons, the discriminations, the conceptions, which are so original in him, his views of external things, his judgments upon life, manners, and history, the exercises of his wit, of his humour, of his depth, of his sagacity, all these innumerable and incessant creations, the very pulsation and throbbing of his intellect, does he image forth, to all does he give utterance, in a corresponding language, which is as multiform as this inward mental action itself and analogous to it, the faithful expression of his intense personality…” Language is as the very shadow of an author, it is unique, not someone else’s shadow.

He goes further: “Thought and speech are inseparable from each other. Matter and expression are parts of one: style is a thinking out into language. This is what I have been laying down, and this is literature; not things, not the verbal symbols of things; not on the other hand mere words; but thoughts expressed in language.” Men, unlike animals, exercise logos, the Greek word for both reason and speech. A classical author has both; he thinks and writes his thoughts. He is not like a traveler unable to write who engages a professional letter writer. Excellent writers such as Shakespeare or Walter Scott did not aim at diction for its own sake; instead they poured forth beautiful words because they had beautiful thoughts.

“Rather, it is the fire within the author’s breast which overflows in the torrent of his burning, irresistible eloquence; it is the poetry of his inner soul, which relieves itself in the Ode or the Elegy; and his mental attitude and bearing, the beauty of his moral countenance, the force and keenness of his logic, are imaged in the tenderness, or energy, or richness of his language.”

A Classic author pours forth his thoughts with words and images; rather than wordiness, his writing conveys a “fullness of heart.” “The elocution of a great intellect is great. His language expresses, not only his great thoughts, but his great self. Certainly he might use fewer words than he uses; but he fertilizes his simplest ideas, and germinates into a multitude of details, and prolongs the march of his sentences, and sweeps round to the full diapason of his harmony…”

Newman chose illustrations for this point from Shakespeare. The following is from Macbeth:

“Canst thou not minister to a mind diseased,

Pluck from the memory a rooted sorrow,

Raze out the written troubles of the brain,

And, with some sweet oblivious antidote,

Cleanse the foul bosom of that perilous stuff,

Which weighs upon the heart?”

Newman argued that if this was allowed for a poet it should be allowed even more in an orator such as Cicero in whom he found nothing more redundant than in passages of Shakespeare. He considered that Cicero expressed lofty sentiments in lofty sentences. Cicero, as a Roman senator and statesman, accomplished with words what Scipio or Pompey had with deeds.

Cicero was able to bring to our imaginations like no other the magnanimity of the Romans. “Neither Livy, nor Tacitus, nor Terence, nor Seneca, nor Pliny, nor Quintilian, is an adequate spokesman for the Imperial City. They write Latin; Cicero writes Roman.”

So far we have considered, according to Newman, how literature conveys the inward thoughts of men, and pointed to the fact that great writers have a lot to say to men. Classic writers enter into their subject and bring it forth with strength, vivid images, choice comparisons, and nuanced distinctions. They possess great literary skill, but their thoughts and words are inseparable. Thus it is imperative for youth to read the Classics, and for society to re-think the importance it gives to great literature in its libraries and at its universities.

In the next post we will look at the second part of Newman’s lecture on Literature.

From “The Idea of a University” at  www.newmanreader.org