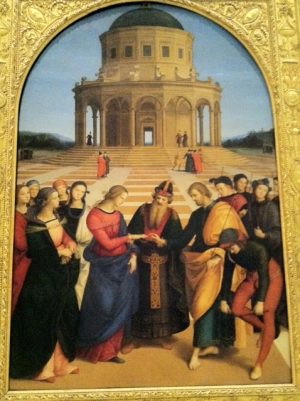 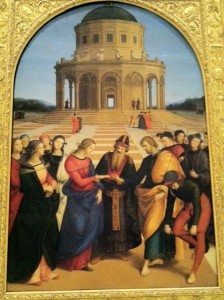 Yesterday, June 26, was a momentous and sad day for our nation: the highest court “legislated” that states within the United States cannot ban same-sex marriages. This is an attack on natural law as well as on the democratic process. How this will affect society we can only imagine. One dissenter, Justice Samuel Alito, wrote: “The decision will also have other important consequences. It will be used to vilify Americans who are unwilling to assent to the new orthodoxy. In the course of its opinion, the majority compares traditional marriage laws to laws that denied equal treatment for African-Americans and women.”

Justice Alito noted: “At present, no one—including social scientists, philosophers, and historians—can predict with any certainty what the long-term ramifications of widespread acceptance of same-sex marriage will be. And judges are certainly not equipped to make such an assessment.” He argued that for millenia Marriage has been linked to procreation, the only thing that an opposite sex couple can do. States have formalized and promoted this institution because it is the one that provides the best atmosphere for raising children.

Christians can draw inspiration from the first Christians: their teaching on marriage and their readiness to forfeit their lives to uphold morals. St. John the Baptist was beheaded under the instigation of Herodias for criticizing the adultery of Herod. A few centuries later, the Bishop of Constantinople, St. John Chrysostom, was exiled for denouncing Empress Eudoxia, wife of Emperor Arcadius, for her extravagances in dress and comportment, in particular for having a silver statue of herself erected on a high porphyry column and its accompanying semi-pagan dedication. Eudoxia was allied to Theophilus, Patriarch of Alexandria, who wished to have control over the See of Constantinople.

The next few posts will be on St. John Chrysostom. Newman liked the saints of the third and fourth centuries because “they have given us their own histories, their thoughts, words, and actions, in a number of goodly folios, productions which are in themselves some of their meritorious works.” He was not satisfied with biographies of modern saints. Biographers often ascribe motives to their actions: “I want to trace and study what is the real, hidden but human, life, or the interior.” In their letters, which are of many different types such as commentaries on Scripture, replies to questions, counsels to writers, controversy with others, etc., the early Church Fathers tell us their thoughts, concerns and struggles. “St. Chrysostom’s (letters) are for the most part crowded into the three memorable years in which the sufferings of exile gradually ripened into a virtual martyrdom.”

The Oratorian did not like the work of spiritual writers who present the life of a saint arranged by virtues but fail to paint a picture of the whole person including his struggles and victories.[1]

Newman noted that saints have similar virtues, but often stand out for one virtue or another: “Saints, as other men, differ from each other in this, that the multitude of qualities which they have in common are differently combined in each of them. This forms one great part of their personality. One Saint is remarkable for fortitude; not that he has not other heroic virtues by concomitance, as it may be called, but by virtue of that one gift in particular he has won his crown.”

St. John (349-407), known for his holiness and eloquence, was called Chrysostom (“mouth of gold”). When he approached the age of sixty, after having been a great preacher for close to twenty years, first at Antioch and later at Constantinople, was exiled from the latter.

“He had made an Empress his enemy, more powerful than Antipater,—as passionate, if not so vindictive, as Fulvia. Nor was this all; a zealous Christian preacher offends not individuals merely, but classes of men, and much more so when he is pastor and ruler too, and has to punish as well as to denounce. Eudoxia, the Empress, might be taken off suddenly,—as indeed she was taken off a few weeks after the Saint arrived at the place of exile, which she personally, in spite of his entreaties, had marked out for him;—but her death did but serve to increase the violence of the persecution directed against him.”

In successive posts we will recount Newman’s description of the character, suffering and endurance of the Archbishop of Constantinople, punished for upholding Christian morality, and due to envy for his spiritual authority. This story of envy and intolerance is repeated throughout history. In particular, in our contemporary Western society which is intolerant of any teaching on sexual morality and marriage that differs from it, and will not stop short of punishing such dissent.

In later centuries other men have died for their belief in the Church’s teaching on these matters. Saints John Fisher and Thomas More were executed by King Henry VIII when they refused to take an oath recognizing him as Head of the Church of England, all on account of his desire to divorce his lawful wife. The king would not accept their refusal to condone his immoral behavior. They paid with their lives. In every age Christians will face persecution for their beliefs. These saints like St. John Chrysostom invite us to stand firm before an unbelieving and intolerant world.

[1] Newman, in particular, disliked hagiographical work: “Facts are omitted in great histories, or glosses are put upon memorable acts, because they are thought not edifying, whereas of all scandals such omissions, such glosses, are the greatest.”