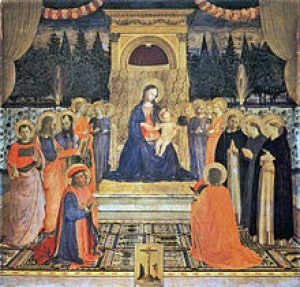 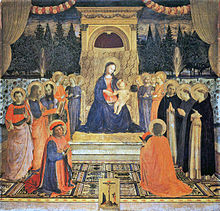 Blessed John Henry Newman helps us to understand the title The Powerful Virgin with which the Church honors the Blessed Virgin Mary. Although the world is ruled by fixed laws given to it by the Creator, in response to the prayer of the saints, for instance Noah, Elijah and Ezechiel, God sometimes suspends these laws. Newman rightly argues that Mary “has, more than anyone else, more than all Angels and Saints, this great, prevailing gift of prayer. No one has access to the Almighty as His Mother has; none has merit such as hers. Her Son will deny her nothing that she asks; and herein lies her power.” Thus we invoke her as All Powerful.

Holy Mary, Virgo Potens, we wish to have more faith in the Creator’s power over his creation and trust in your all-powerful intercession.

May 28
Mary is the “Virgo Potens,” the Powerful Virgin

THIS great universe, which we see by day and by night, or what is called the natural world, is ruled by fixed laws, which the Creator has imposed upon it, and by those wonderful laws is made secure against any substantial injury or loss. One portion of it may conflict with another, and there may be changes in it internally; but, viewed as a whole, it is adapted to stand for ever. Hence the Psalmist says, “He has established the world, which shall not be moved.”

Such is the world of nature; but there is another and still more wonderful world. There is a power which avails to alter and subdue this visible world, and to suspend and counteract its laws; that is, the world of Angels and Saints, of Holy Church and her children; and the weapon by which they master its laws is the power of prayer.

By prayer all this may be done, which naturally is impossible. Noe prayed, and God said that there never again should be a flood to drown the race of man. Moses prayed, and ten grievous plagues fell upon the land of Egypt. Josue prayed, and the sun stood still. Samuel prayed, and thunder and rain came in wheat-harvest. Elias prayed, and brought down fire from heaven. Eliseus prayed, and the dead came to life. Ezechias prayed and the vast army of the Assyrians was smitten and perished.

This is why the Blessed Virgin is called Powerful—nay, sometimes, All-powerful, because she has, more than anyone else, more than all Angels and Saints, this great, prevailing gift of prayer. No one has access to the Almighty as His Mother has; none has merit such as hers. Her Son will deny her nothing that she asks; and herein lies her power. While she defends the Church, neither height nor depth, neither men nor evil spirits, neither great monarchs, nor craft of man, nor popular violence, can avail to harm us; for human life is short, but Mary reigns above, a Queen for ever.