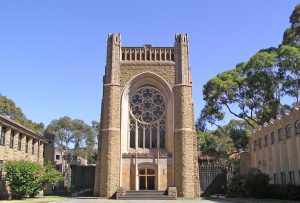 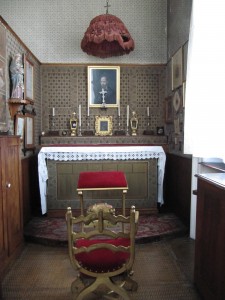 John Henry Newman, a Man of Prayer (revised from article for www.aleteia.org on Feb. 21, 2014)

John Henry Newman, born in London on February 21, 1801 was an Anglican convert to Roman Catholicism. He was a distinguished thinker and writer, and later a Catholic priest and founder of the Oratory of St. Philip Neri in England. Underlying all these and other descriptions we find that the once Oxford Tutor and future Birmingham priest was above all a man of prayer.

Much has been written about Newman’s scholarship, theology and ideas on university education. It seems that not much has been said about his prayer life and his spirit of sacrifice. Often people say that he ‘read himself into the Catholic Church.’ It is true that he did a great deal of reading and studying, but it is incomplete to thus sum up his life path. Aside from the fact that no one can read himself into the life of grace — which is a gift from God rather than the result of our efforts — Newman did a great deal of praying and worked at practicing the Christian virtues. This enabled him to be open to all the Catholic truths revealed by God in his Church.

At a young age John Henry learned to read the Holy Bible from his paternal grandmother, and the Scriptures became the nourishment for his spiritual life and source of wisdom and truth. Later in life Scripture occupied the heart of his preaching and the prayers that he composed. He found in the inspired verses the words with which to communicate with God — Father, Son and Holy Ghost. Here lies the depth and beauty of many of his prayers gathered in Meditations and Devotions (1893). They have the power to stir the heart because they flow from God’s Word.

As a young associate professor or Tutor at Oriel College, Oxford, Newman discovered the richness and beauty of the Catholic Church’s Tradition and Liturgy, thanks in large part to the influence of Hurrell Froude, a very close friend at Oxford. Upon Froude’s untimely death Newman inherited a copy of his Roman Liturgy of the Hours. John Henry began to pray the psalms and other prayers of the Church’s liturgy. It is likely that these prayers impressed on him the sense of respect for God’s greatness and goodness, and the duty of gratefulness and humility before God which characterizes his life of prayer. This serious dedication to prayer together with strict fasts and acts of self-denial where what disposed Newman further to understand and accept all the truths taught by the Catholic Church.

Many of his prayers put together in Meditations and Devotions extol God’s majesty and wisdom. They spring from his mediation on the psalms and a deep awareness of man’s created nature as well as his participation in God’s creation. Newman’s written prayers respond to the simple yet deep apprehension of man’s duty to praise and thank his Creator. The prayers are, however, all the more striking because of the contrast of Newman’s humble attitude with the pride of the Victorian age. He prays: My Lord, my Only God, “Deus meus et omnia,” let me never go after vanities. “Vanitas vanitatum et omnia vanitas.” All is vanity and shadow here below. Let me not give my heart to anything here. Let nothing allure me from Thee; O keep me wholly and entirely. Keep thou this most frail heart and this most weak head in Thy Divine keeping.”

Before leaving the Anglican Communion Newman retired for a few years to Littlemore, a village and parish mission of St. Mary Virgin, whose vicar he had been. In his Spartan accommodations at Littlemore Newman prayed regularly the hours of the Liturgy with some younger companions. Praying the psalms became a regular habit accompanied by moments for reflection or meditation. In this period of his life he became acquainted with different devotionals used in Catholic nations. In particular he used the Raccolta, a collection of prayers by many saints and Christian writers with indulgences attached by the Popes, which he found to be doctrinal and sensitive to the English concerns of avoiding improper cult to the saints.

During Lenten retreats Newman meditated on the truths of faith following the method of The Spiritual Exercises of St. Ignatius of Loyola. He thus understood an important dimension of prayer within the Christian Tradition: self-examination centered on Christ and his teachings with a sincere desire to correspond more fully to God’s will. Prayer, as evidenced in his composed prayers, often involves acts of contrition or acts of faith and trust in God. At other times it consists in thanksgiving and petition.

At the end of a reflection on God’s plan for each person, he urges the reader: “Let us put ourselves into His hands, and not be startled though He leads us by a strange way, a mirabilis via, as the Church speaks. Let us be sure He will lead us right, that He will bring us to that which is, not indeed what we think best, nor what is best for another, but what is best for us.”

Newman concludes with the following prayer: “O, my God, I will put myself without reserve into Thy hands. Wealth or woe, joy or sorrow, friends or bereavement, honour or humiliation, good report or ill report, comfort or discomfort, Thy presence or the hiding of Thy countenance, all is good if it comes from Thee. Thou art wisdom and Thou art love—what can I desire more?”

This epitomizes the object of prayer: doing God’s will and putting oneself in God’s hands. And it gives us a window into Newman’s contemplative life in the years leading to his entrance into full communion with the Catholic Church. He wished to remain within the Anglican pale and yet he kept asking God where his obligation lay. Vocal prayers lead to meditation, and meditation involves a person’s life: desires, aspirations, worries, etc.; it is much more than words or sentiments. It plumbs the depths of the soul and soars to communion with God. Later, when facing many difficulties and injustices in life Newman came before God in prayer, striving to accept and embrace God’s will, asking for light and fortitude.

Newman’s prayer life led him to a deep consideration of the gravity of sin and a consequent remorse for sin. “O my dear Lord, how should I myself feel, what should I say of myself, if I were to strike some revered superior on earth? if I were violently to deal a blow upon some one as revered as a father, or a priest; if I were to strike them on the face? I cannot bear even to think of such a thing—yet what is this compared with lifting up my hand against Thee? and what is sin but this? To sin is to insult Thee in the grossest of all conceivable ways. This then, O my soul! is what the sinfulness of sin consists in. It is lifting up my hand against my Infinite Benefactor, against my Almighty Creator, Preserver and Judge—against Him in whom all majesty and glory and beauty and reverence and sanctity centre; against the one only God.”

The volume Meditations and Devotions contains precious considerations about Christ’s suffering, including two different sets of meditations on The Way of the Cross. Newman meditated on Jesus’ passion, bringing himself and the reader before the sacrifice of the Son of God. He reflected on the connection between Our Lord’s sufferings and ours sins, writing: “I will view things in their true light. My suffering Lord, I have made Thee suffer. Thou art most beautiful in Thy eternal nature, O my Lord; Thou art most beautiful in Thy sufferings! Thy adorable attributes are not dimmed, but increased to us as we gaze on Thy humiliation. Thou art more beautiful to us than before.”

Beauty is one of the categories that recur in Newman’s written prayers. In these the reader can appreciate Newman’s contemplation of unseen reality reflected in the beauty of the visible world. The beauty of created things speak to us about a much greater beauty, that of the Creator. And the image of the Creator is most fully and perfectly revealed in the Incarnate Son whom Newman often refers to as the Beautiful One. Rather than a superficial sentimentality we find in this a spiritual understanding of man’s participation in the being of God, and elements for a spiritual theology.

Another aspect of Newman’s prayer is related to his priestly ministry, administering the sacraments. It is not surprising thus that his written prayers contain some very tender and precise doctrinal expressions of his Eucharistic faith. They are acts of faith, hope and love for Jesus in the Holy Eucharist. After a reference to the Apostle Thomas one such prayer reads: “O my God, though I am not fit to see or touch Thee yet, still I will ever come within Thy reach, and desire that which is not yet given me in its fulness. O my Saviour, Thou shalt be my sole God!—I will have no Lord but Thee. I will break to pieces all idols in my heart which rival Thee. I will have nothing but Jesus and Him crucified. It shall be my life to pray to Thee, to offer myself to Thee, to keep Thee before me, to worship Thee in Thy holy Sacrifice, and to surrender myself to Thee in Holy Communion.”

These written prayers give us a glimpse into the life of a man of prayer. Newman followed a regular schedule for the recitation of the Liturgy of the Hours, the sacrifice of the Mass and other set prayers. He offered his work to God and discharged to the best of his abilities his teaching responsibilities and duties in the government of the Oratory in Birmingham. The fruit of this prayer is evident in the way he strove to practice charity in his dealing with those around him, especially the sick, and in the small sacrifices he practiced throughout the day. Newman, who had once considered some Catholic expressions of devotion to Mary an exaggeration, also prayed the rosary and advised school children to pray it. A child-like love for the Virgin Mary, St. Philip Neri, St. Athanasius and other saints also inspired his life of prayer.

In all this we can intuit how prayer was the very root and essence of the wisdom of this great man. It would not be far from the truth to say that Newman “prayed himself” into the Church. Blessed John Henry Newman should be, especially for English speakers, not only a towering intellect and apologist for the Faith, but an example and guide in the ways of prayer.

Rev. Juan R. Vélez is author of Passion for Truth, the Life of John Henry Newman (TAN Publishers, 2012). He writes at www.cardinaljohnhernynewman.com