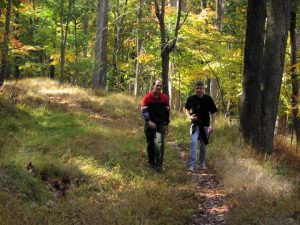 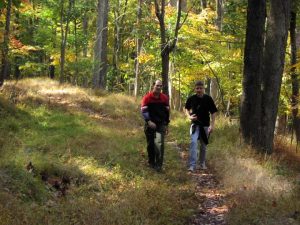 Sadly many people have few or no friends. Those who have friends are happier and find meaning in their lives. The saints are men and women who have many friends. We may ask why this is the case? The life of Blessed John Henry Newman (1801-1890) gives us some reasons for their abundant friendships.

During his long-life Newman exercised the natural and supernatural virtues that give life to friendship. His friendships arose naturally out of common interests. One of his first good friends was John William Bowden, a student one year his senior whom he met at Oriel College, Oxford on his first day at the university. One of their interests was journalism and writing plays which they did together.

Shared spiritual and religious concerns led him to develop friendship with Richard Hurrell Froude, another Oxford student, and through the latter with John Keble, a former student and professor of poetry at Oxford. It was with them and a few other men that he started the Oxford Movement in 1833. Through his tireless work in this renewal movement Newman made many new friends.

Friends learn from each other because this is the nature of friendship; personal growth is never one-sided. Froude, a High Church Anglican was one of the men the most challenged Newman’s misunderstandings about Catholicism and the Middle Ages. From Keble, Newman learned about the depth and beauty of the liturgical seasons and feasts of the year.

Often friendship begins with acts of service rendered by a person to another. In these acts of service we discover and share in the goodness of others. Newman’s students and his readers turned to Newman to ask him questions about theology or practical advice. They sought encouragement in difficult times and consolation in bereavement.

Friendship often develops over time and good friendships withstand the test of time. This was the case with many of Newman’s friends. Frederick Rogers, later Lord Blanchford is an example of this. Newman was his tutor at Oxford, and the teacher and student became friends. After Newman became Roman Catholic, he and Rogers did not see each other for some time, but they still corresponded, and many years later we see Rogers and some other Anglican friends gifting Newman with a carriage.

Newman had passion for truth which enabled him to be sincere with himself and friends about his religious beliefs. He pursued religious truth even though this sometimes meant painful discussions with friends and even separation from them. Out of loyalty friendships endure differences of opinion and beliefs even in important matters, and are rekindled when for different reasons these have led to separation. Towards the end of his life Newman and some of his former Anglican friends were able to re-establish their friendships.

As much as all of the above is important in friendship there is another element which is very important and characteristic of friendship: affection. Everyone yearns for affection, but not everyone can give it and receive it. Newman was affectionate with his friends. His affection was displayed in kind gestures and words. He won people over by his way of treating them which was ultimately rooted in charity, the love which the Holy Spirit pours into our hearts. Newman expressed this affectionate way of relating to friends with the Latin words cor ad cor loquitur (the heart speaks to heart).

Newman admired St. John Chrysostom, who had good friends, and once wrote: “A friend is more to be longed for than the light; I speak of a genuine one. And wonder not: for it were better for us that sun should be extinguished, than that we should be deprived of friends; better to live in darkness, than to be without friends.”

There is much more that Newman teaches us about friendship. In my recent book Holiness in a Secular Age, the Witness of Cardinal Newman (Scepter Publishers, 2017) I offer some other details of Newman’s rich friendships. But in sum, John Henry Newman reminds us of the need for friendship, and that it is based on common interests, grows gradually, requires virtue – especially charity.