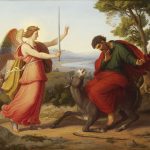 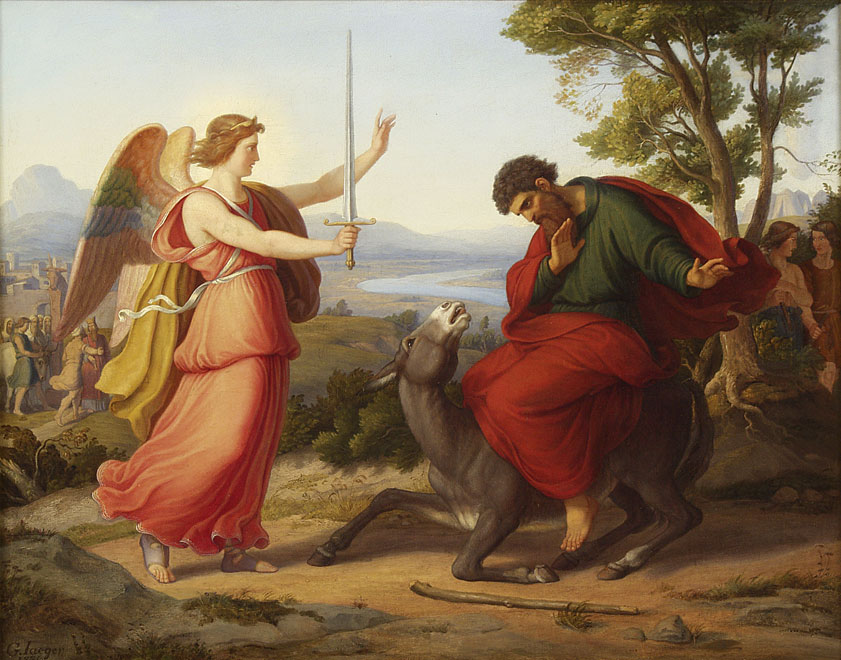 The Old Testament story of Balaam is, according to St. John Henry Newman, a lesson of “obedience without love.” In a sermon titled with these words, Newman explains how Balaam, endowed by God with prophetic gifts, seemed from outward appearances to obey God, but in fact tried to twist His hand.

Newman sets out to explain a difficult passage in this history: why God reproves Balaam even as He gave the prophet permission to go to Balak, the heathen king who wanted him to curse the Israelites. Newman describes what took place: “God’s anger was kindled, because he went” with the princes of Moab, and so God sent an angel who, with a sword drawn in hand, stood in his path. When Balaam saw the angel he recognized that he had sinned against God, and offered to go back. Newman notes: “What makes the whole transaction the more strange is this—that Almighty God had said before, ‘If the men come to call thee, rise up, and go with them;’ and that when Balaam offered to go back again, the Angel repeated, ‘Go with the men.’ And afterwards we find in the midst of his heathen enchantments ‘God met Balaam,’ and ‘put a word in his mouth;’ and afterwards ‘the Spirit of God came unto him.’”

How is it possible that  such a man can be good and at the same time God’s enemy? Newman replies that it is possible to be called honorable and high-principled but be lacking in fear of the Lord, a situation which the world calls superstition and narrowness of mind. With this in mind we can perhaps find a solution to our perplexities concerning Balaam.

The key to understanding this apparent contradiction is Balam’s disposition. Newman explains that Balaam obeyed God without fear or love, instead “ to please self without displeasing God; to pursue his own ends as far as was consistent with his duty. In a word, he did not give his heart to God, but obeyed Him, as a man may obey human law, or observe the usages of society or his country, as something external to himself, because he knows he ought to do so, from a sort of rational good sense, a conviction of its propriety, expediency, or comfort, as the case may be.”

Balaam wished to go with Balak’s messengers but knew he should not go, so he attempted to resolve the problem of how to do so  without offending God. Instead of being content with ascertaining God’s will he attempted to change it. He inquired of Him a second time, and this was to tempt Him. Thus, while God allowed him to go, his anger was kindled against him.

As in other sermons, Newman hits the nail on the head when he writes that so-called honorable, upright men think “not how to please God, but how to please themselves without displeasing Him.” He adds that men act, “not from the love and fear of God, but from a mere feeling of obligation to be so, and in subjection to certain worldly objects. And thus they are what is popularly called moral, without being religious. Such was Balaam.” He acted from calculation to keep straight with God.

St. John Henry Newman draws various lessons from the history of Balaam. One of these lessons is that we often misjudge the character of men, praising them for external events without knowing what is in their hearts. Another lesson is that when we know God’s will, we should not badger Him, as Balaam did, by asking again to do what we know is displeasing to God. Furthermore, we should hasten to act upon what we hear in the Word of God, since the impression it makes on us may die away and never return. We should seek to understand supposed contradictions in the Scriptures, and when we do not find an answer we should be patient and accept what we fail to understand. As St. John Paul II teaches: “conscience is the witness of God himself, whose voice and judgment penetrate the depths of man’s soul, calling him fortiter et suaviter to obedience.” Lastly our obedience to God should be borne out of a filial fear —which is the desire to not offend a Good Father, but to please Him out of love. True obedience is born of love, from the heart and the will. Let us thus pray for the grace to obey with love and without question when we hear the voice of God.