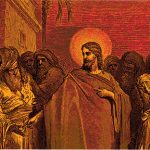 This past week, two professionals known around the world for expertise in their fields, decided to end their lives.  Kate Spade, the famous designer, and Anthony Bourdain, a chef and television celebrity, were hugely successful, wealthy, and loved by fans. We cannot know and judge the state of their mind when they acted as they did, but we realize that what the public sees and imagines does not always correspond to reality.  The same dissonance may be applied to Christians, whose practice of the faith can fail to measure up to the image of faithfulness they present. This hypocrisy we examined last week as we reflected on Blessed John Henry Newman’s “Profession Without Practice.” We turn to Newman’s sermon again to discover how widespread hypocrisy is and how we can break free of it. 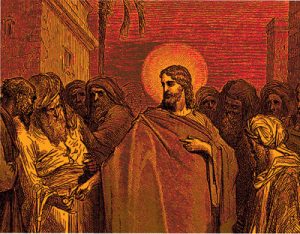 No one thinks he is guilty of hypocrisy, in part because hypocrisy deceives even the hypocrite, and in part because we detest Pharisees, who represent it. Newman reasons from experience to question our thinking: “That even decently conducted Christians are most extensively and fearfully ruled by the opinion of society about them, instead of living by faith in the unseen God, is proved to my mind by the following circumstance;—that according as their rank in life makes men independent of the judgment of others, so the profession of regularity and strictness is given up…But among the poorest and rudest class, on the contrary, such artificial safeguards against crime are unknown;”

In other words, the more you have to gain or lose from society, the more you will abide by the law.  This is why crime is highest among the poor, who have the least to lose. We certainly cannot conclude that crime is higher among the poor because they are worse sinners than those in the middle class.  Newman asks, “Are we, therefore, better than they? Scarcely. Doubtless their temptations are greater, which alone prevents our boasting over them; but, besides, do we not rather gain from the sight of their more scandalous sins a grave lesson and an urgent warning for ourselves, a call on us for honest self-examination?”  If we lived their lives, would we be more virtuous, or are we good “only so far as men require it of us?”

We can add a few more questions to our self-examination.  Newman says Jesus warns his disciples of hypocrisy in three areas: in giving alms, praying, and fasting.  In giving alms, do we give privately or publicly? Do we think first of public giving and second of private giving?  In prayer, “are we as regular in praying in our closet to our Father which is in secret, as in public? Do we feel any great remorse in omitting our morning and evening prayers, in saying them hastily and irreverently? And yet should not we feel excessive pain and shame, and rightly, at the thought of having committed any open impropriety in church?”  Is this greater concern over public shame not indicative of hypocrisy? Finally, our Lord tells us what our manner of fasting should look like – that we should not make a big show of it, or look to receive praise from others for our sacrifices. But first we must ask, do we fast? This is the first step of obedience to our Lord. And if fasting were honorable as it was in Jesus’ day, would we look any different from the Pharisees?

It is likely that most of us cannot pass this self-examination without fault. Then we are guilty of hypocrisy, which is no light sin.  Blessed Newman does not soften his words: “Do not think I am speaking of one or two men, when I speak of the scandal which a Christian’s inconsistency brings upon his cause. The Christian world, so called, what is it practically, but a witness for Satan rather than a witness for Christ?”

So often as our Lord teaches us, truth is the remedy. If we have examined ourselves and find we are lacking, then hypocrisy’s grip on us has loosened as our self-deception recedes.  It is not too late to come to our Lord in the way He asks us to come to Him, as little children who must confess to their Father all they have done. We will find ourselves in the grip of his mercy if we do.