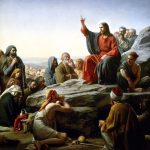 Hardly any secrets remain hidden for long these days.  The private conversations of politicians, the conduct of criminals, the personal thoughts in the diaries of authors, all rise to the surface of the pages of newspapers and social media sites.  “The truth will out,” as they say, and it outs much sooner now than ever before. Now, as ever, we are fascinated when the two – the private and public – contrast, when men are exposed as hypocrites.  In “Profession without Practice,” Blessed John Henry Newman explains how wide and common hypocrisy is, how blind we can be to it, and how we can escape it.

We tend to believe hypocrites are rare.  Most of us have met religious characters who remind us of the Pharisees, who intentionally show their religious piety so they will receive praise from men.  But most of us are decent Christians, right? On the contrary, Blessed Newman reminds us that the first words of Christ to his disciples in his discourse in Luke 12 are to be aware of the leaven of the Pharisees; and if Christ is beginning with this warning, the temptation to hypocrisy is strong.  Hypocrisy is an easy and common trap.

If we are wrong about how regularly it occurs, perhaps we do not understand hypocrisy.  Newman explains, “This then is hypocrisy;—not simply for a man to deceive others, knowing all the while that he is deceiving them, but to deceive himself and others at the same time, to aim at their praise by a religious profession, without perceiving that he loves their praise more than the praise of God, and that he is professing far more than he practises.” 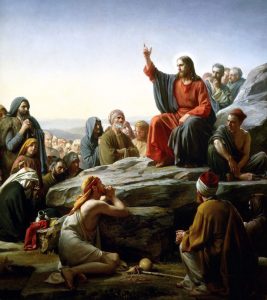 In other words, hypocrites deceive themselves as much as they deceive others.  “There was a time doubtless, when in some measure [the Pharisees] knew themselves, and what they were doing. When they began (each of them in his turn) to deceive the people, they were not, at the moment, self-deceived. But by degrees they forgot,—because they did not care to retain it in their knowledge,—they forgot that to be blessed like Abraham, they must be holy like Abraham; that outward ceremonies avail nothing without inward purity … They became ignorant of their own spiritual condition … ”

This is why Christ warns his disciples to beware of the leaven of the Pharisees.  Blessed Newman translates his words, “ … as if had said, ‘What is the chief sin of My enemies and persecutors? not that they openly deny God, but that they love a profession of religion for the sake of the praise of men that follows it. They like to contrast themselves with other men; they pride themselves on being a little flock, to whom life is secured in the midst of reprobates … All this delusion may come upon you also, if you forget that you are hereafter to be tried one by one at God’s judgment seat, according to your works.’”

Much was asked of these Jewish believers, but how much more is asked of us Christians?  We – who are the recipients of more grace, who are the children of God, co-heirs with Christ, temples of the Holy Spirit, partakers of the Holy Body and Blood of Christ – fall farther when we fail to fulfill our Christian duties.

Do we live up to our Christian calling?  Do we Practice what we profess? Blessed Newman says bluntly, “…what I am asking you, my brethren, is, not whether you merely regard man’s opinion of you (which you ought to do), but whether you set it before God’s judgment, which you assuredly should not do,—and which if you do, you are like the Pharisees, so far as to be hypocrites, though you may not go so far as they did in their hollow self-deceiving ways.”  When we return to Part II of this reflection, we will allow Newman to walk us through a more thorough examination of ourselves that we may not be deceived.