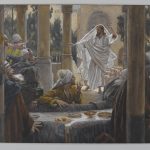 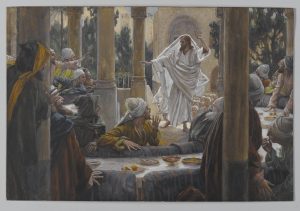 In the sermon “Religion of the Day” John Henry Newman explains that such religion is built on a worldly principle, “…yet pretending to be the Gospel, dropping one whole side of the Gospel, its austere character, and considering it enough to be benevolent, courteous, candid, correct in conduct, delicate,—though it includes no true fear of God, no fervent zeal for His honour, no deep hatred of sin, no horror at the sight of sinners, no indignation and compassion at the blasphemies of heretics.”

Such imitation of religion does not admit of the authority of the Church and its creeds. It lacks thus any seriousness; it is lukewarm. There is no true obedience to Christ, only lip service, a weak resemblance of true religion.

We see this in our day when the doctrines on the Eucharist, marriage, and sexual morality are cast aside for falsehoods in the name of inclusivity and sensitivity. Respect for life is disappearing. Abortion is considered a right. According to Newman, men sacrifice truth to expedience and taste: “They have more or less identified their vision of Christ’s kingdom with the elegance and refinement of mere human civilization; and have hailed every evidence of improved decency, every wholesome civil regulation, every beneficent and enlightened act of state policy, as signs of their coming Lord.”

There are others who have not sought to obey their consciences “… who cultivate the intellect without disciplining the heart, and who allow themselves to speculate freely about what religion ought to be, without going to Scripture to discover what it really is.” They think religion is no more than natural religion which speaks of benevolence.

Instead, we know, as Newman reminds us, that Jesus said we must strive to enter through the narrow gate, and that those who do not “… shall go into everlasting punishment.”

“This is the dark side of religion; and the men I have been describing cannot bear to think of it. They shrink from it as too terrible. They easily get themselves to believe that those strong declarations of Scripture do not belong to the present day, or that they are figurative. They have no language within their heart responding to them. Conscience has been silenced.”

These men, as in our time, take on a shallow view of religion: “… that the world is, on the whole, very well disposed towards religion, —that we should avoid enthusiasm,—that we should not be over serious,—that we should have large views on the subject of human nature,—and that we should love all men.”

We must understand the meaning of the epistle to the Hebrews that God is a consuming fire. The Gospel is love, but a love that makes demands: we must worship and obey God. There is a false quiet of conscience, and a false peace of mind. We need the true peace of Christ.

Newman writes:
“The fear of God is the beginning of wisdom; till you see Him to be a consuming fire, and approach Him with reverence and godly fear, as being sinners, you are not even in sight of the strait gate.”

And he invites us to keep in mind: “Fear and love must go together; always fear, always love, to your dying day.” We must not be afraid to live the gospel fearlessly. Today’s martyrdom is different than that of the early church, and comes in the form of the world’s derision. The true faith is belittled and mocked, even by some church leaders. But Christ has overcome the world. As St. John Paul II beautifully stated: “I plead with you! Never, ever give up on hope, never doubt, never tire, and never become discouraged. Be not afraid.”