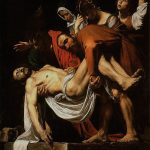 On this Holy Saturday our Lord’s body rests in the tomb, and we wait eagerly for His resurrection. We steep our minds in reflection before His silent grave, because we, too, have died with Him and we wish to rise with Him. Scripture insists we “set [our] affection on things above, not on things on earth” if we want to rise with Christ and have our life hidden with Him (Col. 3:2). But how do we fix our hearts toward heaven while living on earth? This is the subject of Blessed John Henry Newman’s sermon, “Rising with Christ.”

We understand what it means to set our hearts on worldly things, for this is the common state of man. Many people “are hindered, nay, possessed and absorbed by this world, and they cannot rise because they have no wings. Prayer and fasting have been called the wings of the soul, and they who neither fast nor pray, cannot follow Christ. They cannot lift up their hearts to Him. They have no treasure above, but their treasure, and their heart, and their faculties are all upon the earth; the earth is their portion, and not heaven.”

For the saints the opposite is true. They have light and peace and ascend to the top of the mountain. Blessed Newman says the mountaintop is the image Scripture gives us of where God is and where He calls us to go. The mountain is where God’s holy temple is; it is the place God revealed His commandments to Moses and where Christ was transfigured before His disciples. On the plain, conversely, men carry on with the concerns of life and are troubled by sin and weakness.

Does setting our hearts on heavenly things mean we abandon our ordinary duties? Blessed Newman is careful to say, “I do not mean, of course, that a man can be religious who neglects his duties of this world; but that there is an inner and truer life in religious men, beyond the life and conversation which others see, or, in the words of the text, their ‘life is hid with Christ in God.’”

Here Newman defines this hidden life of God to which all are called: “to live in heaven in their thoughts, motives, aims, desires, likings, prayers, praises, intercessions, even while they are in the flesh; to look like other men, to be busy like other men, to be passed over in the crowd of men, or even to be scorned or oppressed, as other men may be, but the while to have a secret channel of communication with the Most High, a gift the world knows not of; to have their life hid with Christ in God.”

To the world, there is no such life. Men of the world live for its “honours and comforts” and believe all men do likewise. Newman adds, “They admit, indeed, that a man may be influenced by religious motives, but to be governed by them, to live by them, to own them as turning points, and primary and ultimate laws of his conduct, this is what they do not credit.” 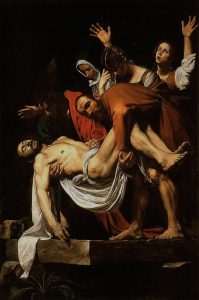 Though the path to the mountaintop is arduous, the reward is great, Newman says. His words stir us to act: “If you have hitherto thought too little of these things, if you have thought religion lies merely in what it certainly does consist in also, in filling your worldly station well, in being amiable, and well-behaved, and considerate, and orderly,—but if you have thought it was nothing more than this, if you have neglected to stir up the great gift of God which is lodged deep within you, the gift of election and regeneration, if you have been scanty in your devotions, in intercession, prayer, and praise, and if, in consequence, you have little or nothing of the sweetness, the winning grace, the innocence, the freshness, the tenderness, the cheerfulness, the composure of the elect of God, if you are at present really deficient in praying, and other divine exercises, make a new beginning henceforth.”

Give freely of your time to your Lord and Saviour…. Set aside every day times for seeking Him. Humble yourself that you have been hitherto so languid and uncertain. Live more strictly to Him; take His yoke upon your shoulder; live by rule. I am not calling on you to go out of the world, or to abandon your duties in the world, but to redeem the time; not to give hours to mere amusement or society, while you give minutes to Christ; not to pray to Him only when you are tired, and fit for nothing but sleep; not altogether to omit to praise Him, or to intercede for the world and the Church; but in good measure to realize honestly the words of the text, to ‘set your affection on things above;’ and to prove that you are His, in that your heart is risen with Him, and your life hid in Him.”

The Lord is so gracious to let us begin again. If we have not fulfilled our Lenten promises; if, after this reflection, we see how low we are, resting in the plain while God calls us upward; we can cling to our Savior. When He rises, we can rise with Him. Today is the day of salvation. We can begin right now. Precious Lord, forgive us and help us ascend – carry us if You must – for we long to be with You.