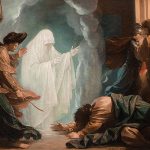 If Saul was born this century, teenagers would decorate their rooms with posters of his athletic image, young ladies would scream at his concerts and parents would ask him to kiss their babies as he worked the rope lines at rallies. Saul of the twenty-first century would inspire the weakest among us to join his armed forces and unite our divided citizens under the banner of his leadership. He would win an election with 100 percent of the vote. Naturally, he was God’s gift to Israel.

Saul was in fact God’s gift to Israel, but a begrudging one. Israel wanted a rockstar king like their pagan neighbors and that’s exactly what they got. But as St. John Henry Newman explains in his sermon “Saul,” their king was patterned after their own hearts—fickle, proud and lacking the fear of God. His hardness of heart was his undoing from the very beginning, and it’s something Christians are also susceptible to. 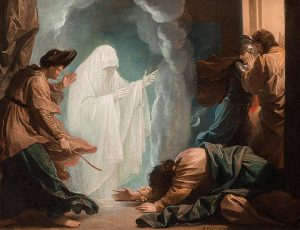 When Israel asked God for a king, their hearts had already been hardened by unbelief. Newman says, “They had ever been restless and dissatisfied, asking for flesh when they had manna, fretful for water, impatient of the wilderness, bent on returning to Egypt, fearing their enemies, murmuring against Moses.” They wanted God to act HOW they wanted Him to act WHEN they wanted Him to act, and they were angry when He didn’t comply. Their impatience was rooted in unbelief—they became angry and afraid because they didn’t trust God to take care of them.

The king God gave them reflected their own hardened hearts. Though Saul was “naturally brave, active, generous, and patient,” these attributes were personality traits, not virtues honed by effort and experience. In two noteworthy moments, faced with following God’s command or his own, Saul chose the latter and moreover “thought it mattered little whether he acted in God’s way or in his own.”

This most basic fear of God is, in the end, what matters most. The vast majority of saints were not as gifted or naturally successful as Saul, but they had this fear of God that Scripture calls “the beginning of wisdom.” Wisdom begins by teaching us how little we know and how low we are. Before God, and without God, we are nothing. If God builds the house, it will stand. If we build it according to our own design, we labor in vain. These simple truths that even schoolchildren learn were lost on Saul.

In lacking the fear of God, both Saul and Israel were anxious, angry and dissatisfied. They wanted a more exciting and easy life. “There is, in true religion, a sameness, an absence of hue and brilliancy, in the eyes of the natural man; a plainness, austereness, and (what he considers) sadness,” Newman says, but the supernatural man sees it differently. He meets God in the ordinary and plain things, like bread and wine.

The sins of Saul and Israel are familiar, and we will see them in ourselves if we reflect for a few minutes. “Let us only reflect on our hardness of heart when attending religious ordinances, and we shall understand something of Saul’s condition,” Newman says. Are our hearts really joined to our Lord in the Eucharist, or do we merely go through the motions? Do we trust God to take care of us, or do we try to make our own plans? Do we get impatient and complain about the way things are going in our lives? Are we growing in virtue?

These are important questions. How we answer them matters far more than how the world sees us, how polished our resume looks or how full our pockets are. We can ask God now to reawaken a supernatural outlook on our lives: “Father, teach us to meet you in the ordinary circumstances of our day. Don’t leave us alone for even a minute and help us to trust in Your will and Your way. We don’t want it any other way.”