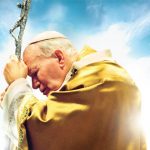 How do we know we are saved, among the elect, in a state of sanctifying grace?

This is a question that deserves a longer and more thoughtful response, and while a short reflection is not the place to answer it, this is the right place to think about the spirit behind the question and St. John Henry Newman offers some help to do so in his sermon “Self-Contemplation.”

When I was growing up, in Evangelical Protestant churches the altar call was a regular Sunday ritual. The pastor would invite the congregation to close their eyes and repeat a prayer for salvation. Then he would ask those who said it for the first time, or who were unsure of their salvation, to publicly testify by walking forward to the stage. The odd part about it was that many people who were already Christians would go forward repeatedly. I would find out much later that many of us suffered and continued to suffer, from a lack of assurance that God was with us.

General anxiety about salvation has its roots, ironically, in the inward search for certainty. The more we look within ourselves — analyzing our feelings and thoughts — the more uncertain we become, because emotions can shift by the hour. It’s a common occurrence in Evangelical churches to feel spiritual ecstasy while worshipping during one weekend service, and to feel empty the following week. In his time, Newman had in mind the way of thinking of Evangelicals in general, but in fact this anxiety about religious experience and salvation applies to Catholics alike. 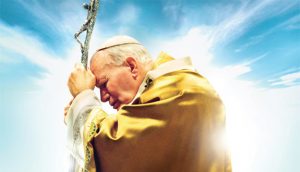 That’s not the teaching of Holy Mother Church, but of modernity. Instead, our faith must be firmly planted in the unchanging Word of God and the operations of His grace in our real lives. According to St. John Henry Newman, “ … the ancient and universal teaching of the Church…insists on the Objects and fruits of faith, and considers the spiritual character of that faith itself sufficiently secured, if these are as they should be.” In other words, in baptism original sin is washed away regardless of whether we feel the presence of God in that moment.

What’s at stake in trusting personal experience above all? The very truth itself, Newman says. Taken to its logical conclusion, the truth becomes what “ … each man thinks to be true, so that one man may say that Christ is God, another deny His pre-existence, yet each have received the Truth according to the peculiar constitution of his own mind, the Scripture doctrine having no real independent substantive meaning.” Those who walk this way become the lonely, lost rulers of their own twisted worlds.

When their inner search for truth finally rests, self-delusion settles in. Newman points out its effect on faith and works: “Then, instead of being ‘careful to maintain good works,’ they proceed to take it for granted, that since they have attained faith (as they consider), works will follow without their trouble as a matter of course.”

It’s no wonder, Newman says, that those who insist on “predestinarian views” also stand by “justification by faith,” for they need a cure to the anxiety they have created within themselves, and it must be one they can control. “And as self-confidence and spiritual pride are the legitimate results of these opinions in one set of persons, so in another they lead to a feverish anxiety about their religious state and prospects, and fears lest they are under the reprobation of their All-merciful Saviour. It need scarcely be said that a contemplation of self is a frequent attendant, and a frequent precursor of a deranged state of the mental powers.” This mistaken reliance on feeling, and almost substitution of faith in God by religious sentiments, serves only to undermine the stability of those desperately seeking it.

If we could have perfect certainty about our faith, we would have no need of faith, or of God, in whom we place our trust. The spirit behind the question, “Am I saved?” can be a genuine search for truth, but it is more often a desire to evade what God asks of us: faith and trust in Him. If we have doubts, they will not be resolved by contemplating ourselves. Rather, we must hand our doubts over to our loving Father, who never leaves us or abandons us. With the uncertainty we all feel during this pandemic, we all have a choice: to exercise our faith by giving everything to our Father, or exercise our anxiety by looking to handle things ourselves. The choice is clear. Let’s pray for strength for ourselves and for others and an increase in faith to put everything with serenity in His hands.