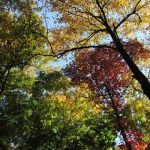 Christians have the same sinful nature as the Jews in the Old Testament. Like them we are subject to Original Sin and need to have our guilt forgiven. 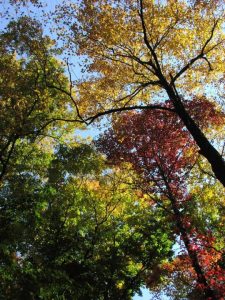 Sins of Ignorance and Weakness, Part 2

Blessed John Henry Newman continues his sermon with thoughts on the subject of our sinful condition. He notes that many think the Jewish Law as something of the past. Although it is necessary to distinguish between the moral law which still holds true, and the ritual Jewish laws which for Christians no longer binds them, Newman explains that the latter impresses on the mind man’s guilt and feebleness, in other words, the doctrine of Original Sin

“Those legal sacrifices and purifications which are now all done away, are still evidence to us of a fact which the Gospel has not annulled,—our corruption. Let no one lightly pass over the Book of Leviticus.”

The reason is that we are not better than the Jews. We have the same ‘unbelieving, sensual and proud nature’ for which we need repeated expiation. Like the Jews who, once circumcised, considered they were saved, so Christians may wrongly consider that once baptized they are pardoned once and for all, or worse, they doubt that man has ever fallen into a curse, and trust idly in God’s mercy.

Newman describes how a High Priest was selected from a holy tribe and chosen to represent the people by offering sacrifice to God every year following minute instructions. Furthermore the Mosaic Law specified sacrifices for all types of sins, including sins of ignorance and ordinary thoughts and deeds. He asserts that “our corruption is not merely in this act or that, but in our nature.”

Newman explains that from the fall of Adam legal ceremonies to satisfy for sin imply “that it is our very nature which is sinful.”  This is the important doctrine of Original Sin which holds that our race is degenerate. Men may admit that they commit sin or that they are imperfect but they do not like to hear that their nature is damaged. He writes that:

No man likes to be told that he has the taint of corruption in his imagination and deeds. Newman comments:

We know how ashamed men are of being low born, or discreditably connected. This is the sort of shame forced upon every son of Adam. ‘Thy first father hath sinned:’ this is the legend on our forehead which even the sign of the Cross does no more than blot out, leaving the mark of it.

St. Paul was the first to deal with this doctrine in his Letter to the Romans, and later, St. Augustine in his Confessions. More recently G. K. Chesterton quipped that this doctrine “is the only part of Christian theology which can really be proved.” We have but to read the newspapers to see plainly the evidence for the doctrine of Original Sin.

Thus, in the face of all this teaching how should a Christian react? Newman presents this truth, not so much as a humbling thought, but as a reminder of our repeated need to remove the guilt from our consciences by earnest prayer, by deliberate acts of faith and by celebrating the great sacrifice of the Mass.

In the next segment we shall see why Blessed Newman fails to mention the Sacrament of Confession.